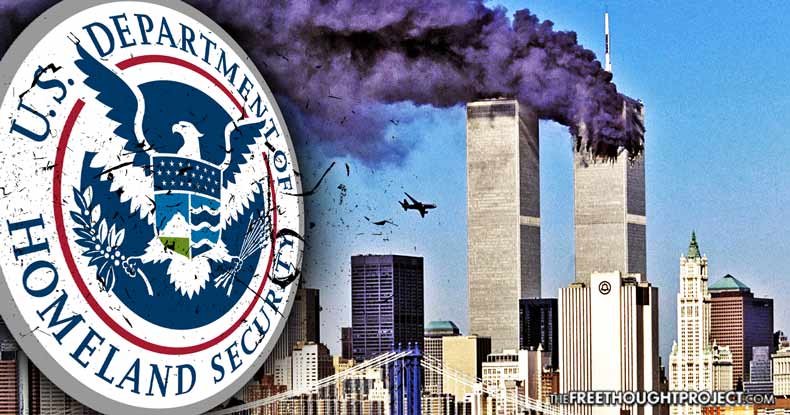 Islamic State and Al-Qaeda terrorists are plotting to take down a plane and carry out a devastating explosion on the same scale of 9/11 according to the United States Security Chief.

“The terrorist organizations, be it ISIS or Al-Qaeda or others, want to have the big explosion like they did on 9/11. They want to take down aircraft, the intelligence is clear on that,” the acting US secretary of homeland security, Elaine Duke said during a visit to the UK, as cited by the Telegraph.

The attack on September 11, 2001, was the deadliest attack in US history and has been surrounded by controversy since which makes this tying it in with this warning of new attacks particularly worrisome.

“The threat is still severe,” said Duke on Wednesday in London following her meeting with Home Secretary Amber Rudd, where the officials discussed terrorist content online.

According to Duke, the terrorists are just using these recent smaller attacks to keep their members “engaged.”

Duke warned that at the same time, however, smaller plots can be followed with major ones.

“Creating terror is their goal. A bladed weapon attack causes terror and continues to disrupt the world, but that does not mean they have given up on a major aviation plot,” she said.

What makes this warning particularly ominous is that, according to reports, just one day before the US security chief’s warnings, Andrew Parker, director general MI5, Britain’s domestic intelligence agency, said that Britain was under unprecedented threat from Islamist terrorists.

Naturally, this new series of threats comes with a price. To protect you from these attacks, social media companies will have to better cooperate with authorities to help them spy on you.

“We will continue to push as far as we can go. I think that we have the cooperation of those companies and we just need to work on that,” she said. Social media firms joining a meeting of G7 interior ministers to discuss the issue this week “is a positive sign,” she said.

“We would like to have the ability to get encrypted data with the right legal processes,” said Ms. Duke.

The surveillance state has capitalized on the recent tragic attacks in the United Kingdon and used them to push for less privacy and more oversight of your online activities.

After the series of jihadi attacks, British Prime Minister Theresa May called on “allied democratic governments” to “regulate cyberspace to prevent the spread of extremism and terrorism planning.”

The United States is now using Charlottesville as their reason for demanding access to your social media data.

As the Telegraph notes:

Ms. Duke said the US and Britain would push social media firms at a meeting of G7 interior ministers this week to do more to tackle online militant material.

She said there had already been a change in the attitude of tech companies since a rally organized by white supremacists in Charlottesville, Virginia, in August turned deadly when a counter-protester was killed by a car driven into a crowd.

Sadly, however, no amount of online spying would’ve prevented a psychopath from driving his car into a crowd.

“There has been a shift and for us somewhat with the Charlottesville incident,” she said. “There are a lot of social pressures and they want do business so they really have to balance between keeping their user agreements and giving law enforcement what they need.

“The fact they are meeting with us at G7 is a positive sign. I think they’re seeing the evidence of it being real and not just hyperbole.”

Hopefully, for the sake of innocent people, this new threat of a 9/11-style attack is just that, hyperbole.

As TFTP has noted on several occasions, the government needs you to constantly fear an attack, as the FBI has stated it is their mission “to keep fear alive.”