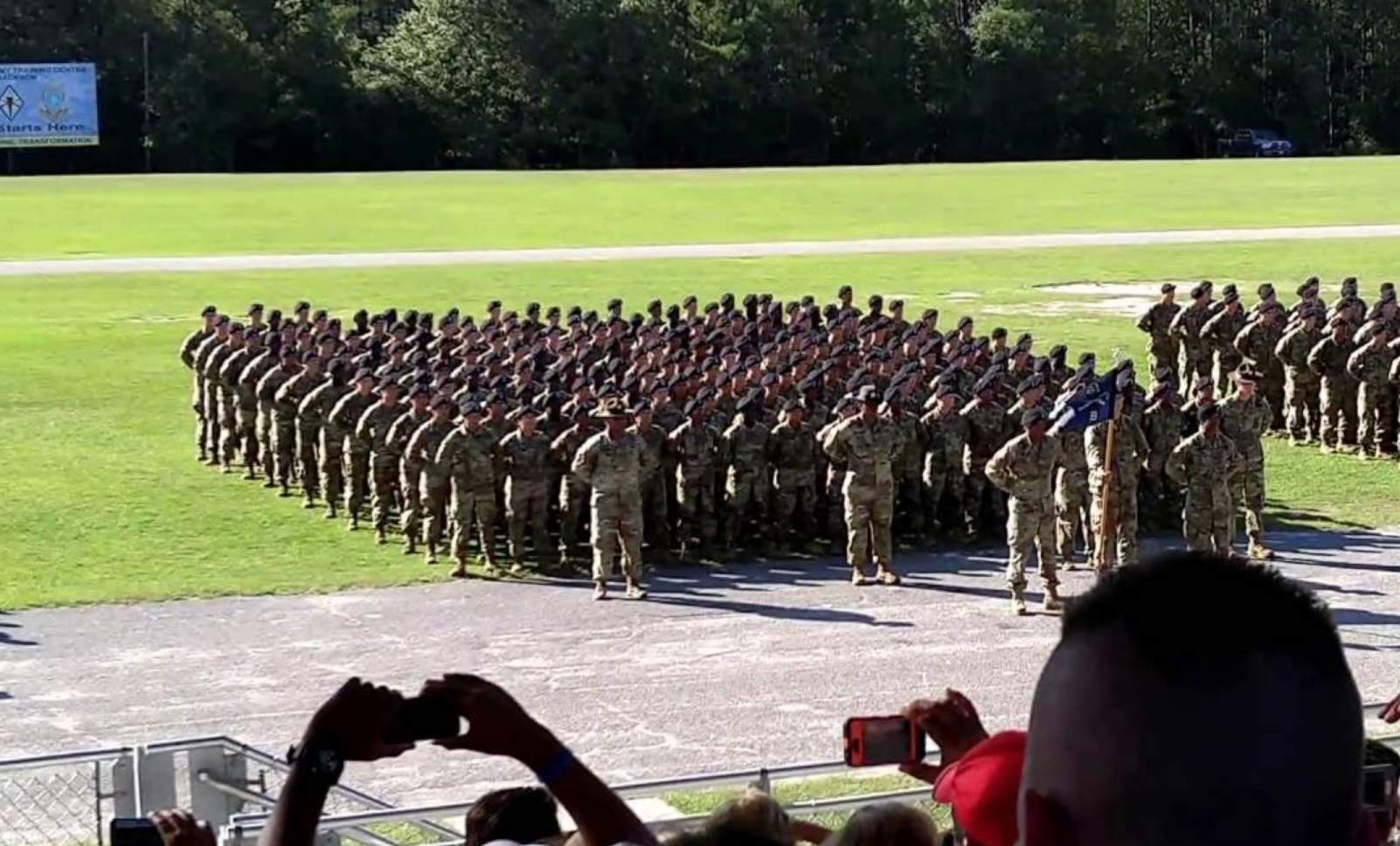 Authorities have been silent about this horror since it happened on October 6. Here is what we do know – “a military vehicle ran into a formation of troops in a training area of the Army’s largest basic training center.” That’s it. The victims have been named – not the driver of the death vehicle.

“Officials Monday remained tight-lipped about what they initially labeled an accident; but they have not publicly ruled out other circumstances.

No news briefings have been held. Written questions from The State about the incident and the injured went unanswered on Monday, except for a spokesman for Fort Jackson who said “the investigation is continuing.”

Yes, this is the new template. Wait weeks to reveal the motive in these mysterious attacks after everyone has moved on and doesn’t care.

Two soldiers have been released from the hospital but two remain in critical or fair condition in Palmetto Health Richland hospital after what the Army termed a “tragic accident” Friday at Fort Jackson.

Two soldiers were killed and six injured when a military vehicle ran into a formation of troops in a training area of the Army’s largest basic training center, Fort Jackson officials said.

Officials Monday remained tight-lipped about what they initially labeled an accident; but they have not publicly ruled out other circumstances.

No news briefings have been held. Written questions from The State about the incident and the injured went unanswered on Monday, except for a spokesman for Fort Jackson who said the investigation is continuing.

The brother of Pvt. Ethan Shrader of Prospect, Tenn., one of the soldiers killed, told The State his brother’s body was expected to be returned home this week, but wasn’t certain of the day. Dale Shrader added that the family was told by officials a memorial service could be held at Fort Jackson as early as Oct. 18.

“We aren’t being told much more than what everybody else knows,” Dale Shrader wrote. “We are suppose(d) to find out more when the investigation is complete.”

Dale Shrader said his brother wanted to be a soldier from an early age.

“He loved his country and always dreamed of being in the Army,” Shrader wrote. “Even as a kid, he would dig trench holes and pretended to be a soldier. He really wanted to be a Green Beret and told us that’s what he was going to do in the military.”

Pvt. James Foster, of Macon, Ga., was treated and released from Palmetto Health Richland on Friday; and Pvt. Alan Kryszak, of Clarksville, Tenn., was released Saturday.

Pvt. Benjamin Key of Livingston, Tenn., and Pvt. Cardre Jackson Jr., of Laurel, Md., were treated and released on post. Officials at Columbia’s Providence Hospital, Lexington Medical Center and Palmetto Health said they were not admitted to their local hospital systems.

Dan Beatty, chairman of the Columbia Chamber’s military affairs committee, said USO and chamber volunteers met the families of the injured soldiers in Columbia to offer their support.

“And the Fort Jackson command team has been heavily involved,” he said.

Fort Jackson is the nation’s largest military training facility. Up to 50,000 recruits are trained to become soldiers there each year, and another 20,000 or so other military personnel take advanced training, from chaplains to drill sergeants.