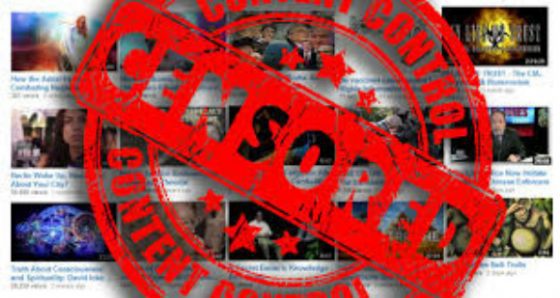 In yet another stunning example of the left openly floating the idea of using the government to stifle free speech on the internet, the former Democratic chair of the FEC has written a piece that essentially calls for the regulation of ALL political content on the internet while threatening the American people with lawsuits if they fail to comply.

Ann Ravel, who led the FEC under the Obama Administration and now is a lecturer at Berkeley, co-authored the piece with Abby K. Wood, a professor at the University of California, and a student at USC Gould School of Law, Irina Dykhne. The shocking proposal by the trio uses the purposefully undefined term, “disinformation” as the reasoning behind what would be an unprecedented crackdown on free speech by both the government and media platforms across the web.

In the proposal, government regulators would target Americans who shared stories that were deemed “fake news”, even going as far as to threaten them with libels suits if they shared the “disputed” content after a warning from the “acceptable speech overseers.”

The entire proposal is a must read but some of the more shocking segments include: (take note that this is indeed a direct threat to sue Americans who share content the establishment has labeled disinformation)

Similarly, after a social media user clicks “share” on a disputed item (if the platforms do not remove them and only label them as disputed), government can require that the user be reminded of the definition of libel against a public figure. Libel of public figures requires “actual malice”, defined as knowledge of falsity or reckless disregard for the truth. Sharing an item that has been flagged as untrue might trigger liability under libel laws.

Ravel also makes clear that this isn’t just about highly produced political ads rather it includes free photo-shopped memes that any average citizen could post. On top of that, to enforce this draconian government takeover, these authoritarian liberals want to use the U.S. Treasury’s Financial Crimes Enforcement Network.

The money involved in online political advertising is more diffuse than ad buys on traditional media. Like traditional ads, some ads produced for the Internet have high production costs. Others, like memes, are free to create. Unlike television and radio ads, some online ads are placed for free. Posting an ad to one’s Facebook Page, or tweeting it into a politically active social network in hopes it goes viral, costs nothing. Advertisers might pay a platform to promote the ad and place it in certain users’ newsfeeds. They might also buy “likes”, “shares”, and “retweets” outside of the platforms, from “troll farms” and “sock puppets”, which are humans who create false profiles and boost content, or from “bot armies”, which are machines mimicking human behavior to boost content.

Finally, tracing the money involved in online political advertising is difficult, particularly when it comes from abroad. Our existing campaign finance enforcer, the Federal Election Commission, is not set up for complicated money tracing and data analysis. Any legislation that results from the current public interest in disinformation advertising should include an allocation of investigation and enforcement power to an agency that is better equipped to conduct the kinds of investigations that can trace money spent online and sometimes across borders, as well.

The U.S. Treasury’s Financial Crimes Enforcement Network (FINCEN) is an agency that has the expertise and capabilities necessary to enforce restrictions on disinformation advertising, though it cannot enforce in this realm without congressional authorization to do so. Congress should either authorize it to act or model a new investigative body on FINCEN.

Republican FEC Commissioner Lee Goodman immediately spoke out against the proposal, telling The Washington Examiner that, “Ann’s proposal is full blown regulation of all political content, even discussion of issues, posted at any time, for free or for a fee, on any online platform, from Facebook to the NewYorkTimes.com.”

“A fatal flaw of Ann’s proposal is that it cannot define what is, or is not, ‘disinformation’ in a political message. Nevertheless, it proposes to tag threats of libel lawsuits and liability to thousands of American citizens who might want to retweet or forward a message that somebody else subjectively considers to be ‘disinformational.’ I call that the big chill,” Goodman continued.

Make no mistake, this isn’t actually about fighting foreign governments attempts at meddling in American elections. This is nothing more than a transparent attempt by the establishment to cut off the peoples access to independent news outlets that the powers that be have deemed “disinformation.” In other words, any news outlet willing to publish information that doesn’t strictly line up with the establishment narrative.