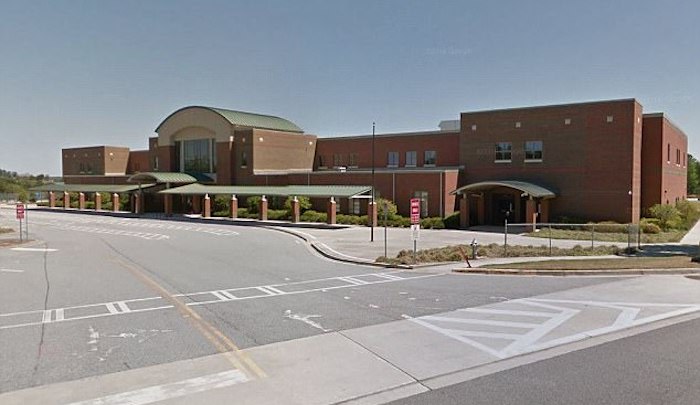 This mirrors the case against Hertz. Hertz has been exceedingly generous to their Muslim workers. And the Muslim response has been this endless war of litigation and attrition. Hertz provided prayer rooms, rugs and prayer break times. Not good enough. Back in 2011, I reported that Hertz had was forced to suspend 35 Muslim workers because they were abusing their extra special “prayer break times” and refusing to clock out when praying. There was no way of knowing when their Muslim workers returned from their lengthy prayer breaks — five times a day. Then Muslim workers officially filed a lawsuit against the Hertz rental car company for “islamophobia.” Needless to say, it’s still ongoing.

I’ve been warning about this for years. You can read about it, and find tips for resisting it, in my previous book Stop the Islamization of America. And while you’re at it, preorder my new book, FATWA: Hunted in America.

American companies have been accompanying Muslim demands over the past ten years and we have seen the explosion of Muslim lawsuits against American businesses because no matter how much they accommodate, and they invariably do, it’s never enough.

The Muslim flight attendant who refuses to serve alcohol to airline passengers. The Muslim who took Abercrombie and Fitch all the way to the Supreme Court because she wanted to wear the hijab despite their dress code. The Muslims who sued Star Transport trucking because they refused to do their job, transport alcohol.

Muslim lawsuits against Hertz, Wal-Mart, Target, Disney and a host of other American businesses for special rights, special accommodation have been largely successful creating a special rights for a special class of people — which is an accordance with Islam (in which Muslims are superior to the kuffar). But it goes against every American tenet of individual rights and separation of mosque and state).

“Muslim janitor fired from a Georgia public school ‘for asking for time off to pray’ sues over civil rights abuses,” by Darren Boyle, MailOnline, October 19, 2017 (thanks to Lookmann):

A Muslim janitor fired from a Georgia public school claims she was discriminated against by the principal after asking for time off to pray.

Penny Deams, who has been a practicing Muslim for more than 15 years, claims she was fired by Gwinnett County Public Schools in Georgia after she refused to work until 10pm because it interfered with her need to pray at sundown.

Ms Deams, who was a janitor at Ferguson Elementary School in Duluth, Georgia between June 2015 and September 2015.

Earlier this week, Ms Deams’ legal team lodged papers at the United District Court for the Northern District of Georgia demanding a jury trial to hear her discrimination claim.

According to court papers, Ms Deams, who is from Snellville, Co Georgia, began working at the school between 2pm and 9pm.

The papers show that ‘on or around September 18, 2015, Ferguson Elementary school’s principal Angelique Mitchell called Ms Deams into a meeting where she was told she must work until 10pm each evening.

Ms Deams objected to her direct supervisor Mr Kenny. She complained her local temple closed before 10pm and she would be unable to attend after sun down to complete her prayer requirements.

She requested ‘an accommodation to allow for this daily sundown prayer’.

However, the principal, according to court documents, ordered Ms Deams back into her office and asked about her religious activities.

According to the affidavit, Ms Deams was asked how often a day she prayed and on which days.

In response, Ms Deams went to the human resources office ‘on or around September 21, ‘to inquire about her rights’. Ms Deams claims the HR department contacted the principal where she began to notice ‘significant, retaliatory changes in the way she was treated by the Defendant’s management team’.

The court papers claim that on or around September 22, Mr Kenny asked Ms Deams whether she ‘had gone to the county about her religious rights’. Mr Kenny told Ms Deams that ‘Principal Mitchell was mad’ because she spoke to the HR department.

Ms Deams returned to the HR Department on or around September 22 or 23 and spoke to a Ms Spraggs who questioned her about her prayer activity. ‘Ms Spraggs also requested a letter from Plaintiff’s temple, on letter head, explaining what times Plaintiff needed to pray’.

The court documents show Ms Deams ‘did not reject this request, but mentioned that she would speak to an attorney regarding her rights’.

It is claimed Ms Spraggs ‘became agitated’ and pulled her personnel file and inspected her initial job application. She discovered one of her references was no longer employed at Ms Deams’ former place of work in Dekalb County.

Ms Spraggs accused Ms Deams of ‘falsifying her job application’ and placed her on suspension.

Ms Deams denied the allegation and said ‘just because the reference no longer worked there did not mean she falsified the job application’.

The Director of Human Resources Staffing Monica Baptiste said she needed Ms Deams to provide evidence from Dekalb County about her previous job.

According to the documents, Ms Baptiste set a two-day deadline to return the evidence ‘knowing full well the process for obtaining the requested form takes at least four to five days’.

The affidavit said Ms Deams spoke immediately with Mr Karr Davis at Dekalb County who said ‘it would take several days to receive back the completed job verification form’.

Ms Deams returned to work at the school on September 24 ‘but after workinhttps://pamelageller.com/2017/10/muslim-sues-school.html/g a short time, was told she should not be there, that she should immediately hand her keys over to Principal Mitchell, that she should leave the building, and that she should return to the Human Resources department’ the following day.

Upon arrival at the HR department, Ms Deams claims she was sacked by Dr Baptiste for the ‘allegedly false job application’ and because she turned up at work the following day….