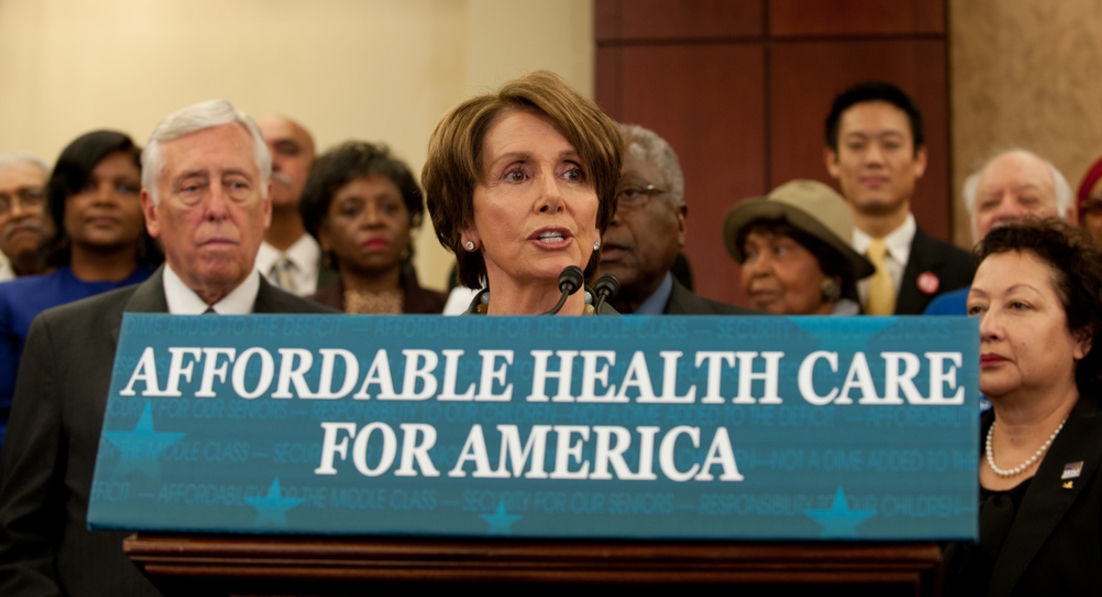 Pelosi, a far-Left “progressive,” has always had kooky ideas about how our country should be run. But legitimate questions about her mental health are now being asked even by some in her own party after a series of mental missteps that appear to indicate some psychological damage.

As reported by The American Mirror, a recent video showing Pelosi struggling to address reporters last week is part of a growing body of evidence that suggests she’s losing it mentally, making it seem like less of a coincidence that more and more Democrats are calling for her to step down as the party’s House leader.

Here’s the video; watch for yourself:

As you can see, Pelosi messed up an attempt to slyly bring up the potential that a woman could be president someday.

In saying that any decision to use nuclear weapons against an enemy like North Korea should be bipartisan in nature, she noted, “Because it’s about all presidents — no matter who or she may be down the road.”

Then she tried remembering several people she said she has spoken with, but couldn’t — then tried to bypass the fact that she couldn’t remember a specific name.

“Secretary of the Treasury Jack Lew,” she said at one point — recalling the name of President Obama’s appointee who had a role in negotiating the Iran ‘nuclear deal.’

As noted further by The American Mirror, she stammered through other answers:

“And uh, former, uh,” she said, staring at the reporters. “Deputy secre— Undersecretary of State, uh,” she continued, before stopping, looking down and swallowing. After an awkward moment, she seemed to skip over the individual’s name and added, “who was magnificent in terms of the negotiations.”

She also criticized the Trump administration’s response to a number of natural disasters — which have been praised by others on the ground, by the way. (Related: Disaster expert refutes ALL the negativity being directed at Trump admin over Puerto Rico response.) In doing so, she repeatedly stammered over the world “natural.”

“It’s heartbreaking and it’s — it lacks knowledge. Knowledge about what the role is of FEMA and others in time of national— natur—natural disaster,” she rambled.

And on yet another occasion, she simply suffered what can only be described as a ‘brain freeze,’ stopping and then staring off momentarily as if obviously confused, before she resumed talking about the War Powers Act of 1973.

What’s going on with Pelosi could actually be affecting several more U.S. lawmakers, and to the detriment of all Americans who are forced to trust these elected leaders to do the right things for the country.

As Natural News reported this week, Mike Kim, the head pharmacist for Grubb’s, a local pharmacy in Washington, D.C., knows just how many lawmakers could be drug addicts because he’s been responsible for filling their prescriptions for years.

While he sees plenty of prescriptions for chronic illnesses like diabetes and circulatory issues, many take medications for conditions like Alzheimer’s disease and other forms of dementia. That’s really concerning, he believes, because these people are trusted to make our country’s laws and help form policies.

“It makes you kind of sit back and say, ‘Wow, they’re making the highest laws of the land and they might not even remember what happened yesterday,” he told STATNews.com.

The big concern, however, is the fact that lawmakers have such easy access to medications, especially those that are designed to treat mental incapacities and cognitive decline. Grubb’s reportedly delivers, at times, up to 800 prescriptions per day to Capitol Hill.

“Nearly every day for at least two decades pharmaceutical drugs have been brought by the carload to the Capitol – an arrangement so under the radar that even pharmacy lobbyists who regularly pitch Congress on their industry aren’t aware of it,” writes Erin Mershon for STATNews.com.