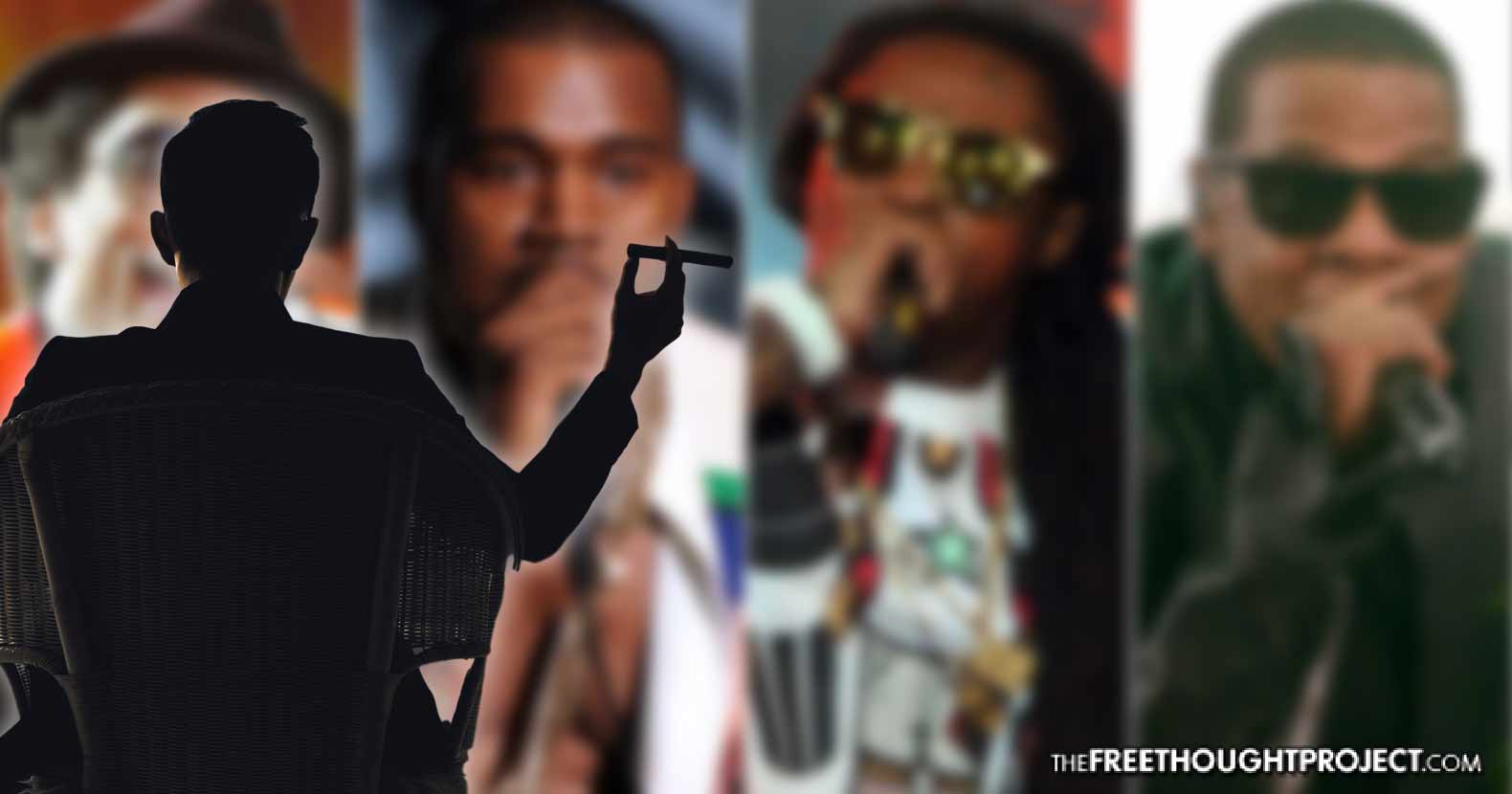 If you are looking for bubble gum radio music about bitches, hoes, cars, and jewelry, then RA The Rugged Man is not for you. However, if you are looking for hard-hitting beats behind even harder hitting truth—rap music guaranteed not to ever make it to the radio—but that influences far more people despite its censorship, then look no further.

Rugged Man doesn’t fear the backlash from the music industry because he acts outside of it. He can say what he wants and speak truth to power because he is not tied down to the labels that want to keep people brainwashed with the same song played over and over on the radio. However, because he has worked inside the industry before with RCA’s sub-label, Jive Records, and worked with many big names, Rugged Man, aka R.A. Thorburn, knows their dirty secrets.

Similar to Hollywood, aspiring artists have to pay—with their bodies—to play.

“A lot of male entertainers & rappers had to perform sex acts on Powerful executives to get ahead. I wonder if they’ll start coming out soon,” Tweeted the rapper.

A lot of male entertainers & rappers had to perform sex acts on Powerful executives to get ahead. I wonder if they'll start coming out soon

For those that think Thornburn may just be jumping on the bandwagon after Weinstein’s public fall from stardom, think again. He’s been calling this madness out for years and even wrote a song about it titled Make You Famous, describing what many up and coming artists have to do to make it. Hint—it involves uncomfortable and comprising sexual positions and selling your soul to ‘the devil.’

To those who think Rugged is simply making this up, he is not alone in his accusations. Also coming out this week to expose the sick nature of the industry was legendary Welsh singer, Tom Jones.

Speaking to the BBC, Jones, perhaps more famous for his Vegas shows now, confirmed that the scandal in the movie industry, following the revelations regarding Harvey Weinstein, is also common in music, as ZH points out.

Speaking at the launch of the “The Voice UK” television programme in Manchester, Jones stated that “Things have always happened in the music industry as well. There’s been people complaining about publicists and different things they’ve been expected to do to get a record contract, just like a film contract.”

Unexpectedly, Jones acknowledged that he’d faced this problem when he started out:

“Yes. At the beginning, yes…

There were a few things like that. But you avoid it. You just walk out…

But what’s tried on women is tried on men as well. But then again, it’s not much though. It was just once, really.”

Jones said that it left him feeling terrible…

“you think I’ve got to get away from this person and it can’t be like this… There’s always been that element there, that people with power sometimes abuse it.”

The question is whether other members of the music industry follow Jones lead but name names.

“Things happen in showbusiness, and sometimes things are covered up and then they come to light and other people come forward, it’s like taking the cork off of a bottle.

Things come out that maybe should’ve come out years ago, who knows. But that’s the way it is with showbusiness, you are in the public eye, and that’s it. You have to take the good with the bad. But justice will out. If you’ve done something wrong you’ve got to pay for it, or prove that you haven’t done anything wrong.”

As Hollywood and the mainstream bubblegum music scene get exposed for the sadistic and hypnotic systems that they are, the world may finally start turning to independent artists who bring the fire back into art instead of just writing the same song over and over again. If you desire this raw and truthful art, these artists are here now—and Rugged Man is one of them.