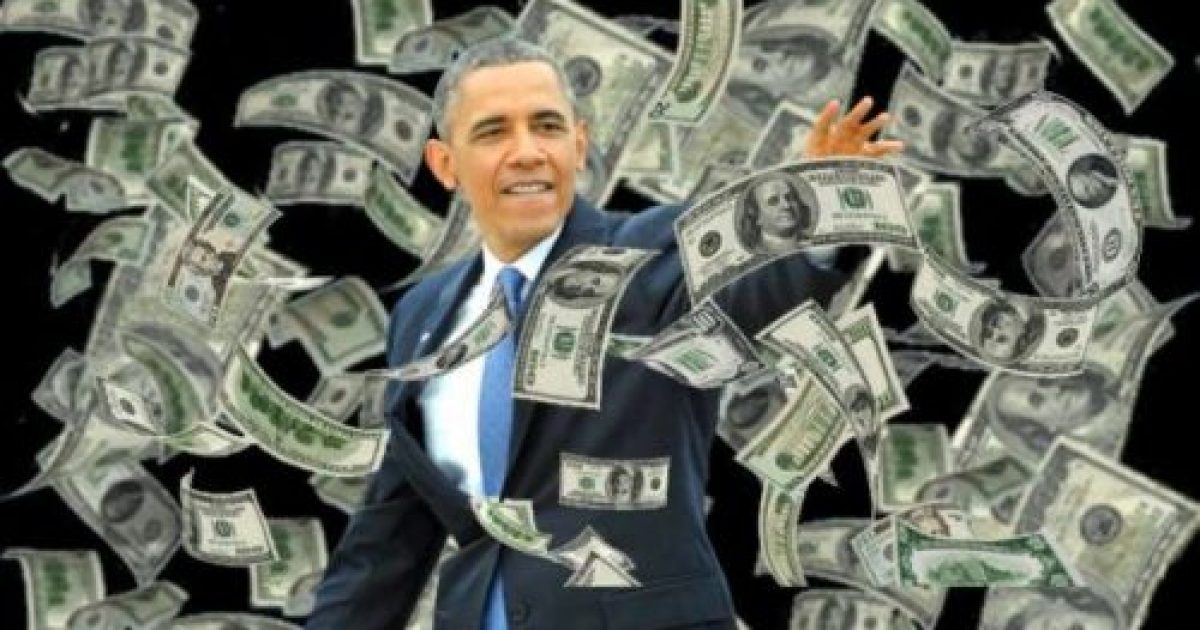 Shockingly, at the rotting core of Barack Obama’s signature health-care law is a crime.

“Whoever, not being an authorized depositary of public moneys, knowingly receives from any disbursing officer, or collector of internal revenue, or other agent of the United States, any public money on deposit, or by way of loan or accommodation, with or without interest, or otherwise than in payment of a debt against the United States, or uses, transfers, converts, appropriates, or applies any portion of the public money for any purpose not prescribed by law is guilty of embezzlement….”

Why do Democrats perpetually get away scot-free with such outrageous wrongdoing?

Recall that the Appropriations Clause is the cornerstone of Congress’s “power of the purse”. In other words, only the legislature has the authority to disburse federal funds, not the former president’s executive branch.

Specifically, that responsibility is defined by the U.S. Constitution, Article I, section 7, cl. 1: “All Bills for raising Revenue shall originate in the House of Representatives; but the Senate may propose or concur with amendments as on other Bills.”

For example, Washington Post contributor Ilya Somin writes, “Now, President Trump is making the situation worse by trying to use these illegal payments as leverage to force the legislature to do his bidding.”

For the record, didn’t the Democratically-controlled Congress do Obama’s bidding when they passed the ironically named Affordable Care Act (ACA) in 2010?

For context, that’s the same bill—without one Republican vote—that then-House Speaker Nancy Pelosi (D-CA) said had to be passed, “…[S]o that you can find out what is in it—away from the fog of the controversy.”

That controversy, as this column details, is unceasing.

What liberals don’t scramble, it seems, they tend to mix up. For starters, only Obama overstepped here, not Trump. Yet, Mr. Somin continues:

“What is ultimately at stake here is not only the future of the health care law, but of the constitutional separation of powers and the limits of executive branch authority. Trump’s ham-fisted attempt at dealmaking is eroding those limits….”

After all, House Republicans filed a lawsuit contending that the CSR payments were illegal.

In May 2016, federal district Judge Rosemary Collyer agreed, though she stayed her judgment pending a possible appeal.

The basis of her decision was Article I, section 9, cl. 7 of the U.S. Constitution which states, “No Money shall be drawn from the Treasury, but in Consequence of Appropriations made by Law.”

As does blaming Mr. Trump for the current dysfunctional state of U.S. health-care policy.

After all, The Donald entered presidential politics on June 16, 2015. For five years previously, the GOP establishment repeatedly made promises—subsequently broken—to repeal and replace Obamacare.

Irrespective of the president’s “bidding,” don’t the American people have the right to expect elected representatives to honor their own pledges?

Therefore, it takes real chutzpah to criticize the new guy for trying to remedy an escalating problem that proceeded him.

Truth-teller Trump tweeted Friday, “ObamaCare is a broken mess. Piece by piece we will now begin the process of giving America the great HealthCare it deserves!”

In any case, the CSR payouts, made by the Department of Health and Human Services, were a considerable boon to health insurers’ bottom line: about $7 billion annually.

How crooked to circumvent Congress—and misuse the Treasury as a slush fund for such ultra-Constitutional plotting! Likewise, how two-faced to publicly malign the very businesses the Obama administration was subsidizing via the back door.

Importantly, this issue illuminates the interchangeability between progressivism and fascism.

After all, didn’t Democrats create a health-care behemoth designed to cede private industry (read: 1/6 of the U.S. economy) to jackbooted governmental control?

The underlying criminality “greasing the wheels”—same as Obama’s empty promises of keeping your doctor, and lowering premiums by $2,500—is apparent for all to see.

If, in eight years, anyone had bothered to scrutinize the artifices of political Pinocchio’s “hope and change,” that is.

In retrospect, partisans voted blindly for a dystopian dream; without the foggiest notion of who—or what—they were really getting.

David Hunter is an Associate Editor of “Capitol Hill Outsider.” He is a widely published DC-based writer of political commentary. He has a Master’s in Professional Writing from USC.