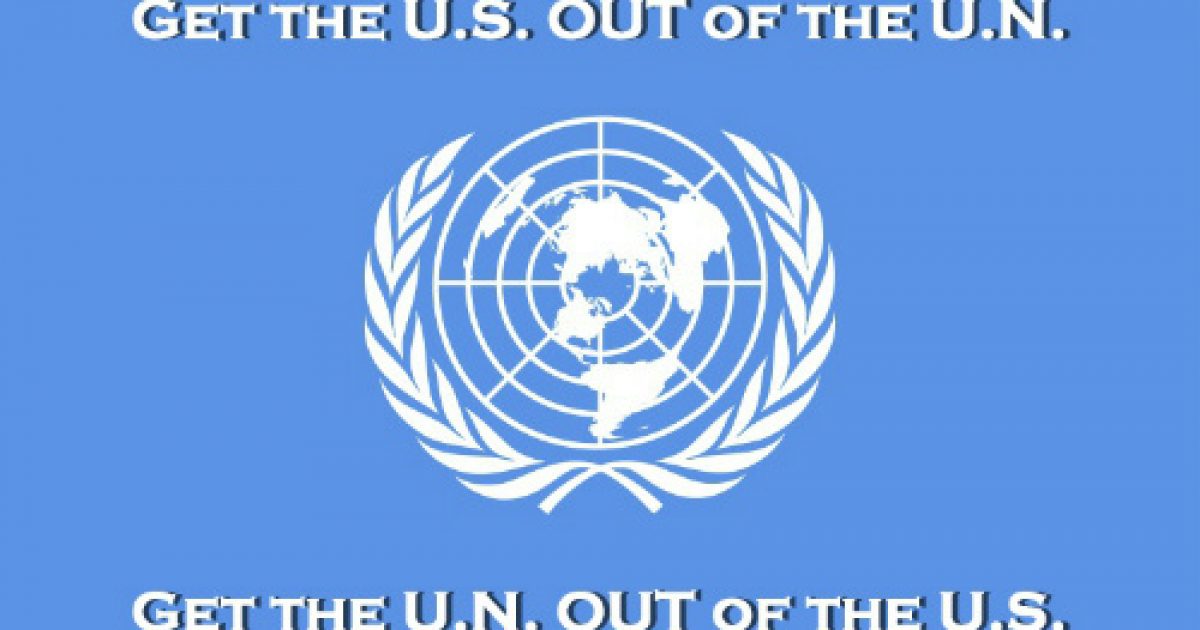 The following was submitted by a reader of FreedomOutpost.com. I’m passing it along for your information and action.

Alger Hiss, an American communist spy, was instrumental in the formation of the United Nations and served as its first secretary-general.

The present secretary-general of the UN is Portugal’s Antonio Gutierrez, who has served as president of the Socialist International (once named Communist International.)

The UN was sold as a peacekeeping agency. Yet, we have had wars continuously ever since.

The recent UN settlement in favor of Palestine was an unconscionable attack on Israel.

Obama joined the UN’s Strong Cities Network in order to militarize and control our police.

The UN has recently called for a bringing together more than 100 police chiefs at its first-ever UN “Chiefs of Police Summit” (UN COPS).

The UN has been involved in, and/or plans to control in America: Abortion, All law enforcement, Capital punishment, Border control, Mining, Judicial decisions, Gun control (confiscation), Destruction of private property, Where and how we will live, Transportation, Mass migration of refugees to change our culture, and Presidential election overseeing

It is past time to Get US out of the UN.

Call and email your representative (202-225-3121) and ask them to cosponsor H.R. 193, the American Sovereignty Restoration Act;
it would get the US out of the UN.