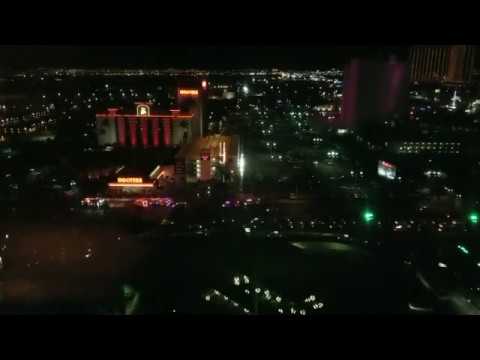 Video footage captured the night of the Oct. 1 massacre reveals the LVMPD and FBI are withholding key details about what actually transpired

LAS VEGAS (INTELLIHUB) — On the night of October 1, Youtuber Benjamin Franks and his friend had just grabbed some tacos and were heading back to their hotel room at the MGM when they noticed a separate disturbance at the corner of Las Vegas Blvd and Tropicana Ave.

“It must have happened at Hooters dude because they are all showing up there,” he said. “It looks like most of them are at Hooters.”

Hooters Casino and Hotel is located at 115 E. Tropicana Ave. which is just northeast of the venue where the Route 91 Music Festival was being hosted.

The police and FBI are lying

Franks’s footage is absolute proof that the Los Vegas Metropolitan Police Department and the FBI are lying to the general public and have not been forthcoming about all of the events that occurred that night.

The Youtuber wrote in his Oct. 21 post (Paragrah contains grammer issues): “Me and my buddy went to vegas for two days. This was our first day there and had been out on the strip earlier but drove to circus circus later on. We had just gotten tacos when we finally reached tropicana and las vegas blvd is when we saw everyone running and all the police. We were lucky to get to the mgm parking garage and into our room about 15 minutes later and thats when this video starts. WE HAD NO IDEA WHAT WAS GOING ON.”

The following video was captured inside Hooters after the shooting and shows what appears to be human bodies covered with towels and sheets. The man filming can be heard saying that Hooters is “locked-down” and that there are “bodies just everywhere.”

In the video, it even looks as if blood can be seen on at least one. However, the status of the people is unknown.

An Oct. 14 Intellihub report documents how an eyewitness named Rick explained on a podcast that one of his girlfriend’s friends (who was in his group of five that night) had witnessed a ‘solo SWAT guy’ enter the back door of Hooters, the same building that Rick said he witnessed people fleeing from!

A few moments later (after the gunfire in the venue subsided), Rick met back up with all five members of his group near a sign that they used for a landmark which was located between Hooters and Motel 6 and that’s when Rick said that he saw a “frantic stampede” of people fleeing Hooters.

“[…] there was a bunch of people trying to get the hell away from Hooters so we did too,” he explained. “So we started running again.”

Rick also pointed out that at one point one of his group members had witnessed “SWAT” guy enter Hooters through the back which he thought was suspicious. The scene was fluid and rapidly changing. Nobody could be trusted.

At one point, the group was told that a shooter had stolen a police car which elevated concern.

Chaos outside Hooters captured on video

A video posted to the “Ronson ¡n s¡n California” YouTube channel shows the moment people fled from Hooters in a panic (this is not a fantasy, it’s real folks).

The publisher explains in the video’s description box that “the place [Route 91] was like a war zone” and mentions that he went back to Hooter’s after running around for “30-minutes” from “gunmen.”

“So we ran back to hooters,” the description explains. ‘Right when we got in the lobby someone yelled run! Everybody ran, hid, barricaded, and dived over bars.’

This matches up with what Hooters Hotel and Casino blackjack dealer Schanda Bennett told NPR the day after the shooting. Bennett said she heard shots “outside” of Hooters and confirmed dead bodies were, in fact, laying on the ground in front of Hooters. However, Bennett theorizes that the people who dropped dead in front of Hooters did so after running from the venue even though eyewitness reports suggest gunfire came from within the proximity of Hooters, possibly out front. After all, why were people fleeing Hooters?

“There were people – there were bodies in the front of the casino that was just laying there.,” she said. “People that ran from the venue – they just died right there.”

Blood stains on the carpet

The next video shows blood stains on the carpet in Hooters lobby, just outside of the elevator shaft as people panic (a lot of blood at 0:23 seconds).

“I know I’m all fun and games but this shit ain’t fuckin’ games,” the man filming explained while he briskly searched for an emergency exit to evacuate Hooters. “When you hear fuckin’ shots from a high-output riffle coming from out of nowhere in the middle of a concert and people are taking cover […]”

The man was walking through Hooters after he had left the venue where he heard gunfire and ‘saw people go down.’

Another Intellihub report which I authored Oct. 16 explains how an eyewitness named Geo Rios said that he heard shots coming from Hooters just after he and his girlfriend had jumped the north fence at the Route 91 Harvest Music Festival. This confirms without a shadow of a doubt that shots were, in fact, fired at Hooters.

“We ran straight to the back of the venue and there was like a ten-foot fence,” Rios explained.

That’s when Rios and his girlfriend climbed up and over the fence using a piece of an “orange gate” as a makeshift ladder. Rios said that they couldn’t climb the fence without the makeshift ladder because the fence was covered with a “green material” that wouldn’t allow you to grab it.

‘There were two guys that were standing on the other side of the fence that were catching everybody,’ he said. “One of them caught my girlfriend.”

“Everyone who lived is a hero, from that event, and I want to make that clear. […] There was a lot of beautiful things going on. A lot of people taking care of each other,” he explained.

Once the couple was over the fence Rios said that he could hear ‘shots coming from Hooters, the MGM area’ in addition to the shots coming from Mandalay Bay. This is the very same area other eyewitnesses also heard shots being fired!

Additionally, another man was hiding under his car in the Hooters parking lot when the chaos erupted.

Wake up, people! We have been lied to. Demand answers! SHARE THIS ARTICLE EVERYWHERE!

Also, a big hat tip to the “HighImpactFlix” YouTube channel has condensed the footage in an excellent presentation of the facts.

Maybe we should tweet @LVMPD and ask for an explanation.

*This article was first published on Sunday at 9:49 a.m. EST.