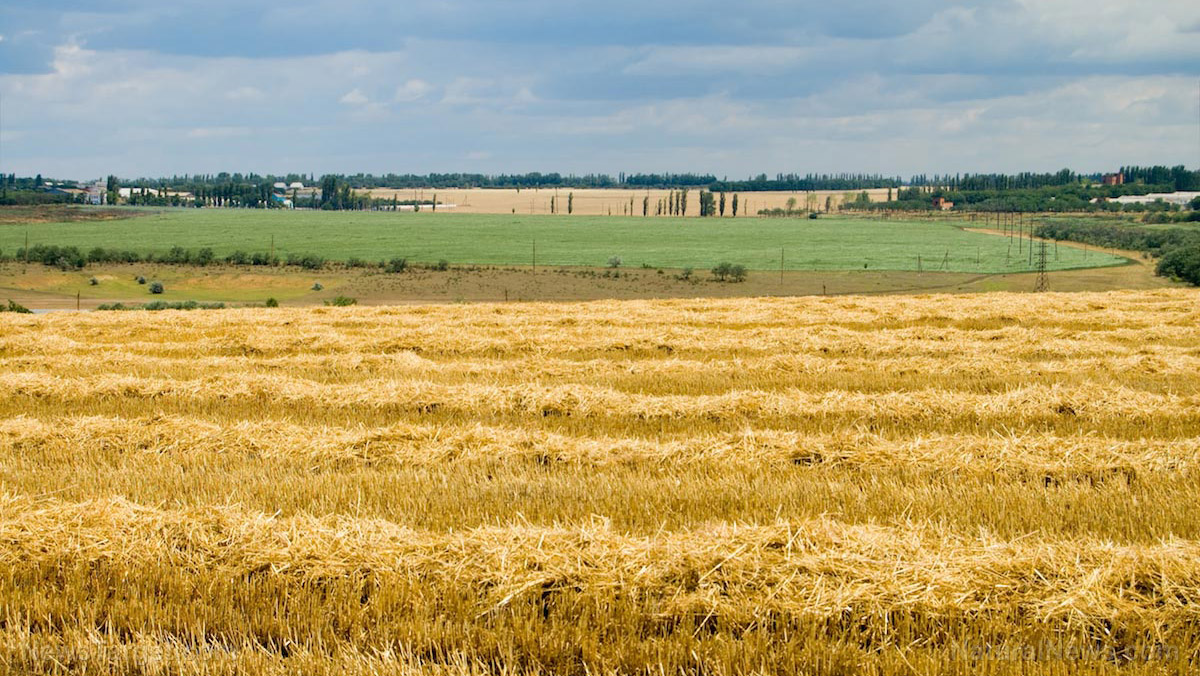 (Natural News) Last year, farmers around the world planted genetically modified crops like soybeans, corn and cotton across 240 million acres of land that create proteins from the Bacillus thuringiensis (Bt) bacterium. Capable of killing pests like beetles and caterpillars, their effects on the environment and human health have long been the subject of much debate.

Those in favor of GMO crops – who tend to also be the ones who benefit from it financially – say that they will end world hunger, but now such lofty proclamations have been deflated as a new study shows that pests are quickly developing resistance to genetically modified crops. In just five years’ time, scientists say that many bugs have gotten to the point where they can simply shrug off the poisons that are created by GM crops.

After looking at 36 cases examining how insects respond to crops that were modified to produce the insect-killing Bt protein, they discovered that bugs developed resistance that made the GM crops substantially less effective in 16 cases. Another three were starting to show “early warnings of resistance.”

They took their data from cases involving 15 different species of pests in 10 countries, including the U.S. China, Brazil, Spain, Mexico, Australia and the Philippines. Their results were published in the journal Nature Biotechnology.

The study also reported that pests’ resistance to Bt crops has been evolving more quicklyin recent years as their resistance to already-introduced strains can breed cross-resistance to different Bt proteins that are introduced in future GM Bt crops.

Their solution to this increasing resistance, of course, will probably be to create different genetically modified crops and then start the whole damaging cycle all over again in five years or however long it takes the pests to develop resistance this time around. That’s because when you try to outsmart nature, you might win in the short term, but in the long run, nature will emerge victorious.

Beyond GM’s Pat Thomas said: “There have been increasing reports that super bugs are developing resistance to the Bt toxin but this report very starkly shows that technofarming with GMOs just does not work and in fact makes life harder for farmers in the long by run ruining crops and livelihoods.”

This is hardly a new phenomenon. In 2015, researchers discovered that the crop pest corn earworm had stopped responding to the Bt toxin. A year earlier, it was discovered that bollworms had developed resistance to Bt cotton, destroying GM crops in Pakistan. On that occasion, one Pakistani cotton grower lamented that all Bt cotton varieties had failed to kill the bollworms and live up to their promises. Farmers there were then advised by the government to spray their crops even more – after Monsanto had said that Bt cotton would decrease pesticide use!

Bt crops in India, meanwhile, failed to deliver on their promises, leading many farmers to unmanageable debt and spurring one of the world’s biggest suicide epidemics, with nearly 300,000 Indian farmers killing themselves in the last two decades.

These “solutions” aren’t killing pests and they are causing widespread problems for people and the planet, so why are we still poisoning ourselves? Traditional farming practices like crop rotation can also prevent pests and disease, and they do it without creating superbugs or putting the health of life on our planet in jeopardy.