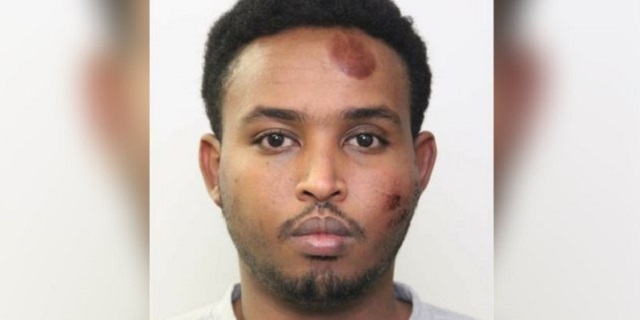 “The Somali terrorist who stabbed a Canadian police officer and ran over four pedestrians a few weeks ago entered the United States through the Mexican border and was released by Obama’s Department of Homeland Security (DHS), allowing him to continue his journey north,” Judicial Watch reports.

The ISIS operative, Abdulahi Hasan Sharif, was ordered deported, an Immigration and Customs Enforcement (ICE) spokeswoman told various media outlets recently, but was released on an “order of supervision” and the feds never saw him again.

Sharif entered the U.S. in 2011 through the San Ysidro port of entry in California without documentation and was briefly held at the Otay Mesa Detention Center in San Diego, a local newspaper reported. A year later he crossed the border into Canada and settled in Edmonton after being granted refugee status. On September 30 he slammed into an Edmonton police officer with his car then got out of the vehicle and repeatedly stabbed the cop with a knife. After fleeing the scene, Sharif stole a truck and deliberately mowed down four pedestrians. Canadian authorities found an ISIS flag in his car and have charged him with multiple counts of attempted murder, criminal flight causing bodily harm and possession of a weapon. Two years ago, Canadian authorities investigated the 30-year-old terrorist for espousing extremist views. It’s disturbing that Sharif’s northbound trek took him through the U.S.-Mexico border.

As I reported earlier this month, Justin Trudeau responded to the attack by sharing a call to “end white supremacy” and insisting “our diversity is our strength.”