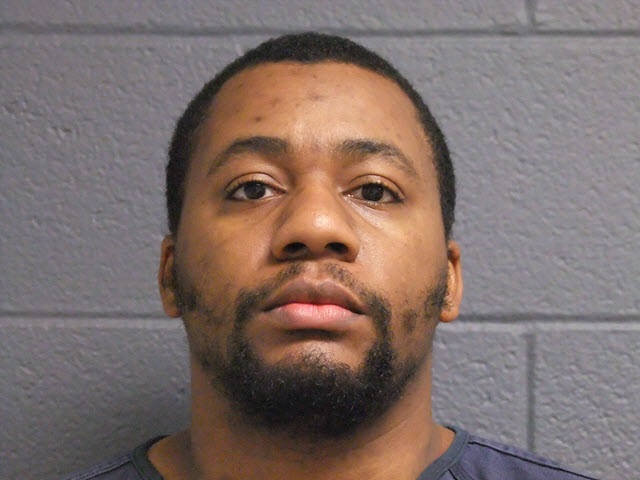 A 29-year-old African-American student has been arrested for spray-painting “KKK” and “Leave NI**ERS” repeatedly around Eastern Michigan University last year.

The graffiti triggered large protests at the time by Black Lives Matter activists.

RIGHT NOW: Eastern Michigan University Students take the campus to protest racist graffiti. This is what democracy looks like. pic.twitter.com/IrigbudNrC

EMU President Jim Smith said that “deeper and systemic issues” were behind the incidents:

There is no place on our campus for these kinds of hateful actions and I am deeply angry and saddened that it occurred. […] Our police officers continue to investigate the incidents in late September. They have responded to many tips and continue to actively pursue them. …

The deeper and systemic issues that are behind these incidents continue to be a focus for our student leaders, our faculty, our administration and all who care about this institution and the welfare of our students. […] These incidents run counter to the values and mission of the University and our actions over the past several weeks and going forth have and will continue to reflect that.

It turns out, once again, the only “deeper” and “systemic issue” at play was social justice warriors’ obsession with faking hate to get attention.

From The Detriot Free Press:

Heighes would not elaborate more on the motive, but said no other person or groups were involved.

The suspect, identified as Eddie Curlin, is a former student at Eastern who attended from 2014 to early 2016. While at Eastern, he came to the attention of another law enforcement agency, Heighes said. He is currently in custody of the Michigan Department of Corrections serving a 1-to-5-year sentence on an unrelated charge of receiving and concealing stolen property. He was sentenced in that case in Washtenaw County in August.

He had been in trouble before that. According to state records, he was sentenced in 2010 for possession of burglary tools, breaking and entering and resisting a police officer. He served 3 years 10 months in prison for those charges.

In the EMU case, he has been charged with three counts of malicious destruction of property; four counts of identity theft; and one count of using computers to commit a crime. Malicious destruction of property is a misdemeanor. Identity theft is a felony, as is the charge of using computers to commit a crime. Curlin was returned to the Department of Corrections following his arraignment.

Heighes said the identity thefts came to light as the department investigated the grafitti, but were not directly tied to it.