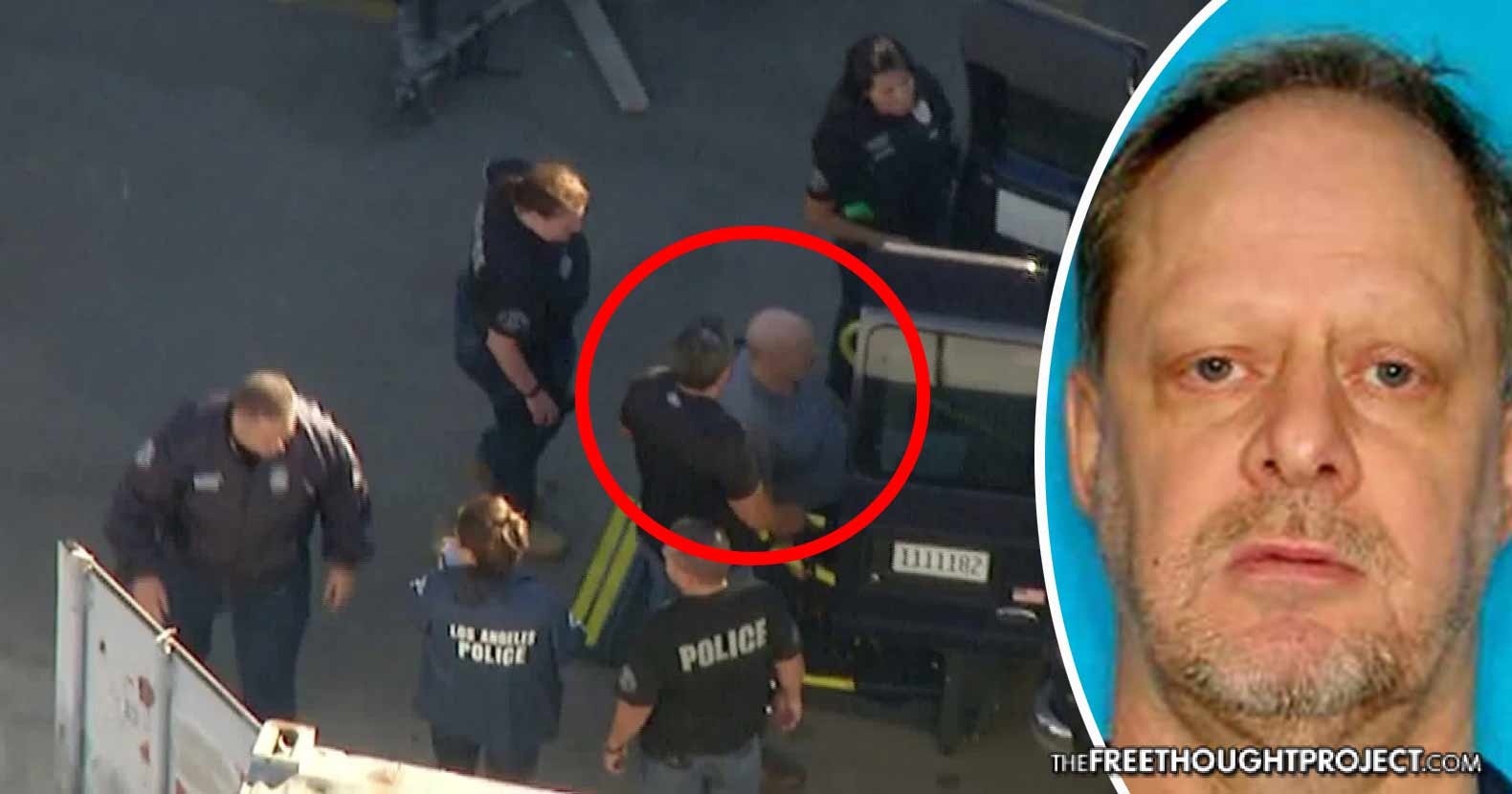 Hollywood, CA — Truth is indeed stranger than fiction. As the country attempts to understand why and how Stephen Paddock opened fire on a crowd of concertgoers earlier this month, most every overturned stone leads to new questions. Now, in a most bizarre move, police have arrested Paddock’s brother, Bruce, for alleged possession of child pornography.

The arrest was captured on video as a swarm of LAPD cops, FBI agents, and even a helicopter moved in to make the arrest.

According to local sources, the arrest Wednesday of Bruce Paddock was confirmed by a law enforcement official briefed on the investigation but not authorized to discuss it publicly.

Bruce Paddock was taken into custody moments ago in North Hollywood, CA at an assisted living home.

Our sources say before the shooting cops were trying to locate Bruce without success, but after his brother committed his heinous act a tip came in Bruce was living at an assisted living facility.

The arrest was made by a joint task force that included the FBI and LAPD.

According to Newsweek, Bruce Paddock had a lengthy criminal history well before his brother opened fire on concertgoers along the Las Vegas Strip on Oct. 1.

Over the years, he has faced charged of arson, criminal threats and burglary, according to court documents obtained by TMZ.

Bruce was unlike his brother Eric, who was open with the media in the aftermath of the attack, telling reports, during a lengthy interview, that he was completely dumbfounded as to how his brother could do such a thing.

Bruce Paddock spoke with NBC News in the aftermath of the attack, however, he said he hadn’t talked with his brother in about 10 years.

“I don’t know how he could stoop to this low point, hurting someone else,” Bruce Paddock told the news network.

Adding more mystery to this raid and subsequent arrest of Bruce Paddock is the fact that police refused to confirm this was Paddock’s brother.

As KTLA reports, the child pornography investigation took place in the 5300 block of Laurel Canyon Boulevard, Los Angeles Police Department Officer Mike Lopez confirmed to KTLA. Lopez did not identify Bruce Paddock as the subject of the investigation.

A source who requested anonymity did confirm the identity of the suspect as Bruce Paddock to the Los Angeles Times.

It was also reported earlier this month that a former friend of Bruce Paddock threatened to kill him and was living in his San Fernando Valley shop space as a squatter, spying on him and others.

As more details to this strange unfolding of events emerge, TFTP will continue to update you on this story.