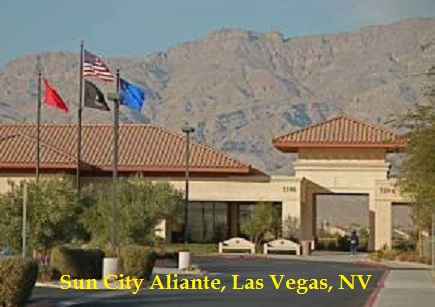 Did you know that there are government-appointed “court guardians” who can deem senior Americans “incompetent,” and on that basis, are authorized to manage their assets — including selling their homes and valuables — and to choose where they live, whom they associate with, and what medical treatment they receive?

As recounted by Rachel Aviv for The New Yorker, that’s what happened to Rudy and Rennie North on September 1, 2013. Rudy, 68, a retired broadcasting consultant, lived with his 66-year-old wife Rennie in Sun City Aliante — an “active adult” community in Las Vegas, NV.

Rennie, recovering from lymphoma and suffering from a severe case of neuropathy, had a nurse visit five times a week to help her bathe and dress. Neither Rennie nor Rudy was diagnosed with senile dementia or had undergone any cognitive assessments.

On the morning of September 1, 2013, a stocky woman with shiny black hair knocked on the door of the Norths’ home, introduced herself as April Parks, the owner of the company A Private Professional Guardian. She was accompanied by three colleagues, who didn’t give their names. Parks told the Norths that she had an order from the Clark County Family Court to “remove” them from their home and take them to Lakeview Terrace, an assisted-living facility in Boulder City, nine miles from the Arizona border. If the Norths didn’t comply, the police would be called and the Norths would be taken by ambulance to the facility.

Alleging that the Norths posed a “substantial risk for mismanagement of medications, financial loss and physical harm,” Parks had filed an emergency ex-parte petition that provides an exception to the rule that both parties must be notified of any argument before a judge. To make her case for the Norths becoming wards of the court, Parks submitted:

Recall that neither Rudy nor Rennie North had been diagnosed with senile dementia. Although Rudy’s medical records showed that he occasionally had “staring spells,” all his medical-progress notes from 2013 described him as alert and oriented. He did most of the couple’s cooking and shopping, because Rennie, though lucid, was in so much pain that she rarely left the house. The Norths’ 53-year-old daughter Julie Belshe described her parents’ house as “They always kept their house really nice and clean, like a museum.”

Parks ordered the Norths to “Go and gather your things.” The Norths, confused and in tears, complied.

After the Norths were taken from their home, Parks walked through the house with Cindy Breck, the owner of Caring Transitions, a company that relocates seniors and sells their belongings at estate sales. Parks described their routine at a deposition: “We open drawers. We look in closets. We pull out boxes, anything that would store—that would keep paperwork, would keep valuables.” The following month, Even Tide Life Transitions, a company that Parks often hired, sold most of the Norths’ belongings.

The Norths also had roughly $50,000 in savings at the Bank of America, which Parks transferred to an account in her name.

In 2013, April Parks had been a “guardian” for 12 years, in charge of some 400 wards of the court who, due to age or disability, had been deemed incompetent, a legal term that describes those who are unable to make reasoned choices about their lives or their property. As their guardian, Parks has the authority to manage their assets, choose where they live, whom they associate with, and what medical treatment they receive. These wards of the court lost nearly all their civil rights.

In the United States, 1½ million adults are under the care of guardians, either family members or professionals, who control some $273 billion in assets, according to an auditor for the guardianship fraud program in Palm Beach County. Little is known about the outcome of these arrangements, because states do not keep complete figures on guardianship cases—statutes vary widely—and, in most jurisdictions, the court records are sealed. A 2010 Government Accountability report said, “We could not locate a single Web site, federal agency, state or local entity, or any other organization that compiles comprehensive information on this issue.” A study published this year by the American Bar Association found that “an unknown number of adults languish under guardianship” when they no longer need it, or never did, and that “guardianship is generally “permanent, leaving no way out—‘until death do us part.’ ”

In the Las Vegas Valley, the Norths were among 9,000 adult wards. Las Vegas has promoted itself as a retirement paradise. Attracted by the state’s low taxes and a dry, sunny climate, elderly people leave their families behind to resettle in newly constructed senior communities. As many as 30% of the people who move to Las Vegas are senior citizens. In just the past decade, the number of Nevadans 85 and older increased by nearly 80%.

In Nevada, as in many states, anyone can become a guardian by taking a course, as long as he or she has not been convicted of a felony or recently declared bankruptcy. When family members try to contest the guardianship or become guardians themselves, they were dismissed as unsuitable, and disparaged in court records as being neglectful, or as drug addicts, gamblers, and exploiters. Family who lived out of state were disqualified from serving as guardians, because the law prohibited the appointment of anyone who didn’t live in Nevada.

Jared Shafer is considered the godfather of guardians in Nevada. In the course of his 35-year career, Shafer assumed control of more than 3,000 wards and estates and trained a generation of guardians. In 1979, he became Clark County’s public administrator, handling the estates of people who had no relatives in Nevada, as well as the public guardian, serving wards when no family members or private guardians were available. In 2003, he left government and founded his own private guardianship and fiduciary business.

In 2015, the Vegas Voice, a newspaper distributed to all the mailboxes in senior communities in Las Vegas, published an article by political editor Rana Goodman on the Norths. Goodman called Clark County’s guardianship system a “(legal) elder abuse racket” and urged readers to sign a petition demanding that the Nevada legislature reform the laws. More than 3,000 people signed.

Two months later, the Las Vegas Review-Journal ran an investigation, titled “Clark County’s Private Guardians May Protect—Or Just Steal and Abuse,” which described complaints against Jared Shafer going back to the early 1980s when two of his employees were arrested for stealing from the estates of dead people.

In March 2016, April Parks, her lawyer, her office manager and her husband were indicted for perjury and theft, among other charges. In a detailed summary of the investigation, Jaclyn O’Malley, who led the probe for the Nevada Attorney General’s Office, made passing references to the “collusion of hospital social workers and medical staff” who profited from their connection to Parks. Parks had a contract with six medical facilities whose staff agreed to refer patients to her. Parks often gave doctors blank certificates and told them exactly what to write in order for their patients to become her wards.

Parks is scheduled to go to trial next spring.