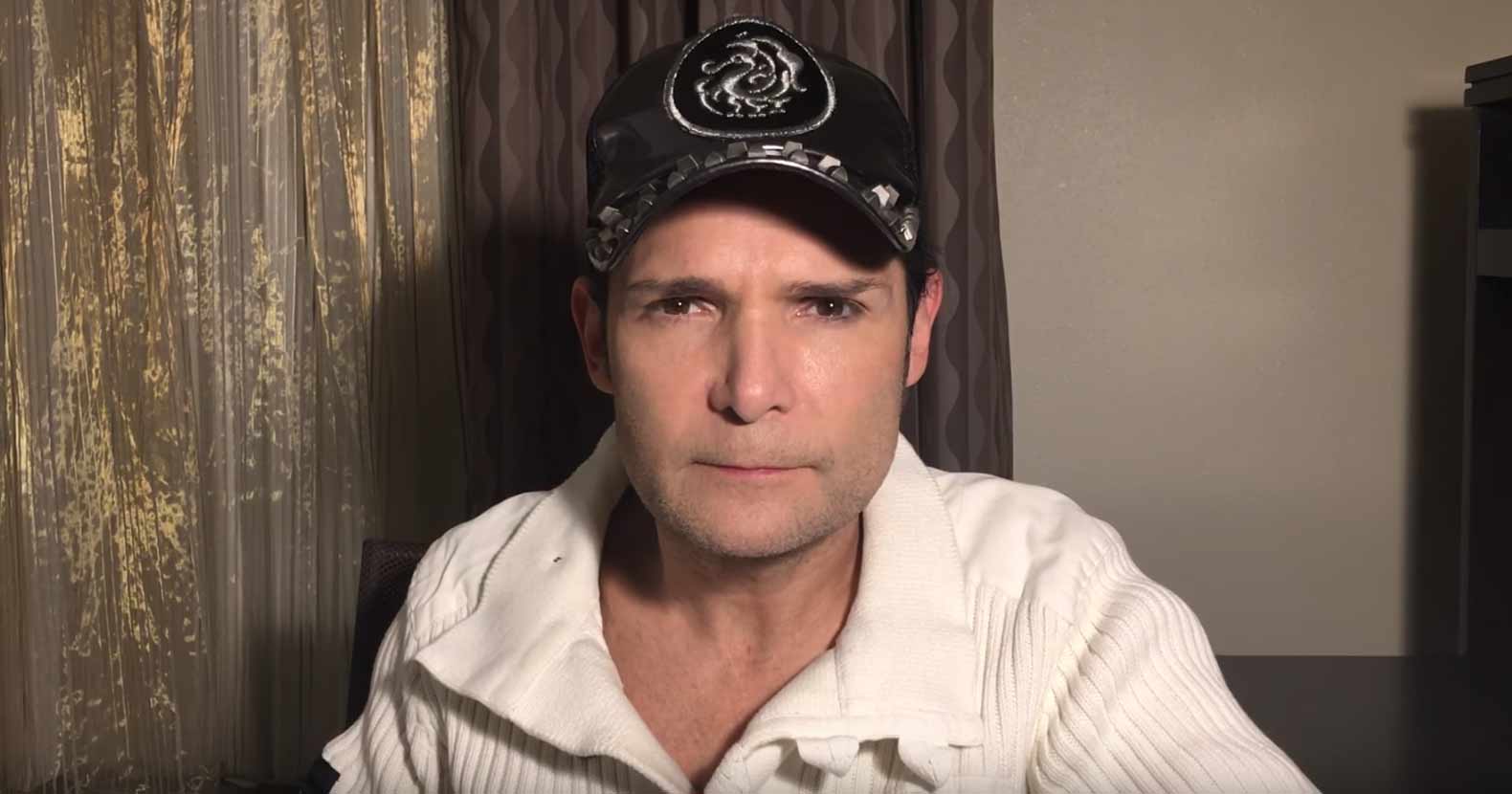 As a veritable torrent of sexual abuse victims continues to come forward, Americans are quickly learning that Harvey Weinstein was just the tip of a depraved and disgusting iceberg that is Hollywood. After years of secrecy and gag orders, victims of Hollywood’s sexual predators are setting a new norm of no longer remaining silent.

Just this month, we’ve seen Oscar-winning writer/director Paul Haggis come forward suggesting Hollywood is run by a massive pedophile ring. We’ve seen scores of actresses and actors come forward and actually pointing the finger at their abusers. And, as TFTP reported this week, we’ve seen at least one of these alleged child predators already lose their job as a result of their alleged abuse.

Quickly coming to the center of this controversy, and finally being taken seriously after years of being ridiculed for blowing the whistle on Hollywood pedophiles, Corey Feldman is speaking out—again.

Last week, Feldman told the world that he had a plan to take down Hollywood’s elite child predators. And now, this week, he’s revealed that plan. He’s also revealed that he believes his life is in danger.

In regard to the last few days since he said he was going to expose Hollywood’s despicable pedophiles, Feldman says his life has turned into utter chaos and is actually at risk.

“I’ve experienced things like never before. I’ve been silenced my whole life, but just in the last few days, since I made that announcement, I’ve been arrested,” said Feldman as he then explains an alleged attempt on his life. “I had a near-death experience last night where I thought I was almost going to be killed. Two trucks came speeding up to me at the same time in a crosswalk.”

Feldman then explained that it is not only him who is scared for his life but he said some of his band members quit over their fears as well.

Feldman then goes on to unveil his plan of how he intends to expose Hollywood’s depravity.

“I believe that I can also bring down, potentially, the pedophile ring that I’ve been aware of since I was a child. Right off the bat, I can name six names—one of them is still very powerful today—and a story that leads all the way to the studio.

“I am not alone, I know that there are thousands of others who’ve experienced what I have in the entertainment industry,” said Feldman.

“I have lived in shame and fear for my entire life and so have millions of others. And now, we have the ability to let our voices be heard and break the dam of silence.”

How, exactly, will Feldman let the voices of the victims be heard? He plans on making a movie.

Feldman announced that he is taking donations to produce a movie to expose these monsters.

According to Feldman, he’s created an Indigogo campaign to finance this movie.

Corey Feldman has created a new INDIGOGO campaign, but this time it’s not to raise $ for an album, or tour, but it is about something much more important. Corey is attempting to make his life story into a Major Motion Picture. His idea was created in response to the tens of thousands of comments he receives urging him to come forward with details about his abusers while growing up as a child in the industry. The plan is simple, donate now, get the answers you seek, while affording him the ability to protect his family, and cover the legal costs while he prepares to take a stand against the sick and twisted power mongers in the world of Entertainment and beyond.

Many people are wondering why he doesn’t just come out and say the names and get it over with. They are also claiming that since he isn’t just naming names that this is just an attempt at Feldman to grab some cash. However, it is far more complicated than simply naming these folks. In fact, over 20 years ago, just after he was molested by these people, Feldman did name names and it was recorded—by the police—who did nothing.

As the Mail reported in 2013, Feldman was being questioned in relation to the molestation charges brought against Michael Jackson by Jordy Chandler and his family. In his book, the Stand By Me actor said his relationship with the pop king was one of the healthiest he had.

In the recording, Feldman can be heard telling Sgt. Deborah Linden and Detective Russ Birchim, “I myself was molested” before going on to name his abusers.

The detectives expressed little to no concern but continued to keep the focus on Jackson.

“I know what it’s like to go through those feelings and believe me, the person who molested me, if this was him that did that to me, this would be a different story.

“I would be out there, up front, doing something immediately to have this man given what was due to him.”

He alluded to this interview recently after a fan on Twitter asked him why he did not report the men to authorities.

“All names were given to police before statute had run out but they did zero,” he answered.

The sadistic powers that be care not about police. One need only look at Weinstein’s case and how he’s yet to be charged with a crime— in spite of the dozens of women saying he sexually harassed or assaulted them.

To take down the elite, they have to be exposed in the mainstream and their power has to be stripped from them. This is what Feldman appears to be doing. If you think it is a good idea, show him some support by donating to his campaign.