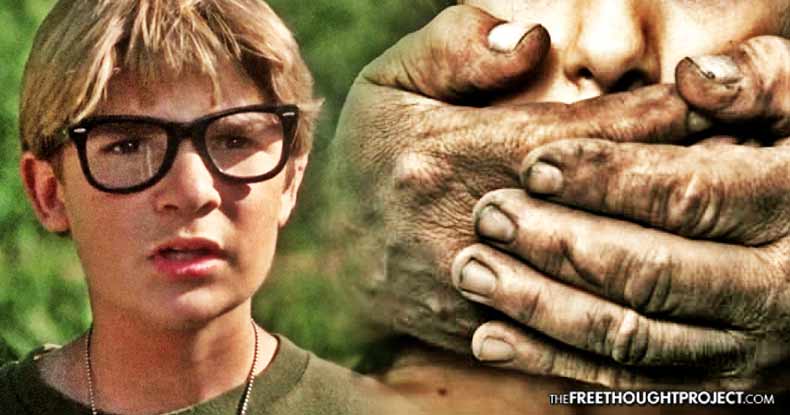 Hollywood, CA — “Just name the abusers already!” “Why don’t you name these people?” “You are protecting them by not naming them!” These are just some of the comments currently being hurled at Corey Feldman and others who’ve come forward with their allegations of sexual abuse by predators in Hollywood. While naming names makes perfect sense on the surface, as the example below illustrates, it’s often an exercise in futility.

Corey Feldman did name names. He told the police in 1993 and they did nothing.

Yesterday, Feldman launched a campaign to raise money to expose the monsters who abused him as a child. Immediately after he asked for money, some folks on the internet lashed out claiming that Feldman is simply trying to grab cash. These folks claimed that Feldman should just name his abusers and bring them down instead of wasting money on a movie.

However, it is not that simple. In 1993, Feldman did name his abusers. He told the police he was molested. He told them who molested him and they did nothing because they were too focused on trying to find dirt on Michael Jackson.

During the 1993 accusations against Michael Jackson by Jordy Chandler and his family, police were so focused on Jackson that they ignored Feldman’s bombshell admission and information.

This admission was even recorded by police. However, when it was publicly released by the Hollywoodtabloid RadarOnline.com, the names Feldman gave were scrubbed from the audio.

As Radar noted at the time, shockingly, Feldman actually named his alleged abusers — we have excluded them from the excerpt — but the detectives expressed little interest in investigating the monsters, instead lasering in on the “King Of Pop” instead.

“I know what it’s like to go through those feelings and believe me, the person who molested me, if this was him that did that to me, this would be a different story,” Feldman told Sgt. Deborah Linden and Detective Russ Birchim.

“I would be out there, up front, doing something immediately to have this man given what was due to him.”

For over 20 years, police sat on this information and never acted. They were given a testimony from a victim, names of his attackers, and chose not to act on it.

In 2013, Feldman tried to talk generally about the Hollywood subculture of rampant sexual assault and pedophilia with cameras rolling on “The View” and received a public scolding from then-host Barbara Walters.

“Are you saying they are pedophiles and that they are still in this business?” Walters asked. “Yes,” Feldman replied.

Walters immediately tried to shut Feldman down with, “You’re damaging an entire industry!”

Shame on you, Barbara Walters.

Corey Feldman tried to warn us about sexual predators in Hollywood & you shamed him.#FridayThe13th pic.twitter.com/wWSjCe13ms

After his appearance on The View, people took to Twitter to demand the answer to the question of why Feldman hasn’t yet named his abusers.

“All names were given to police before statute had run out but they did zero,” he wrote on Twitter answering that question.

Elite child molesters care not about a police investigation as they often have so much power their crimes can simply be swept under the rug. One need only look at the dozens of abuse accusations against Harvey Weinstein and the utter lack of punishment he’s received as a result.

Pedophilia among the elite is rampant. It is also rampant throughout law enforcement. As TFTP reported recently, cops are caught sexually abusing children in this country on a near-daily basis. Despite admitting to or being convicted of these crimes against children, they often face little to no consequences.

If offering up a name would stop the abuse, we would not be in this current predicament. These people are in the business of deception and control and the fact that so many victims have come forward—with almost no one getting in trouble—should serve as an illustration of this control.

As TFTP reported, to take down the elite, they have to be exposed in the mainstream and their power has to be stripped from them. Only by shining a light into the darkness with the power of information can these monsters ever be driven out.

Whether or not you agree with Feldman’s tactics, the fact is that he has been inside the belly of the beast. He has gone through the official channels, told the police, and they did nothing. This movie he wants to make to expose his abusers is possibly his only chance at justice. Hopefully, he is able to make it before anything happens to him. If you think it is a good idea, show him some support by donating to his campaign here.