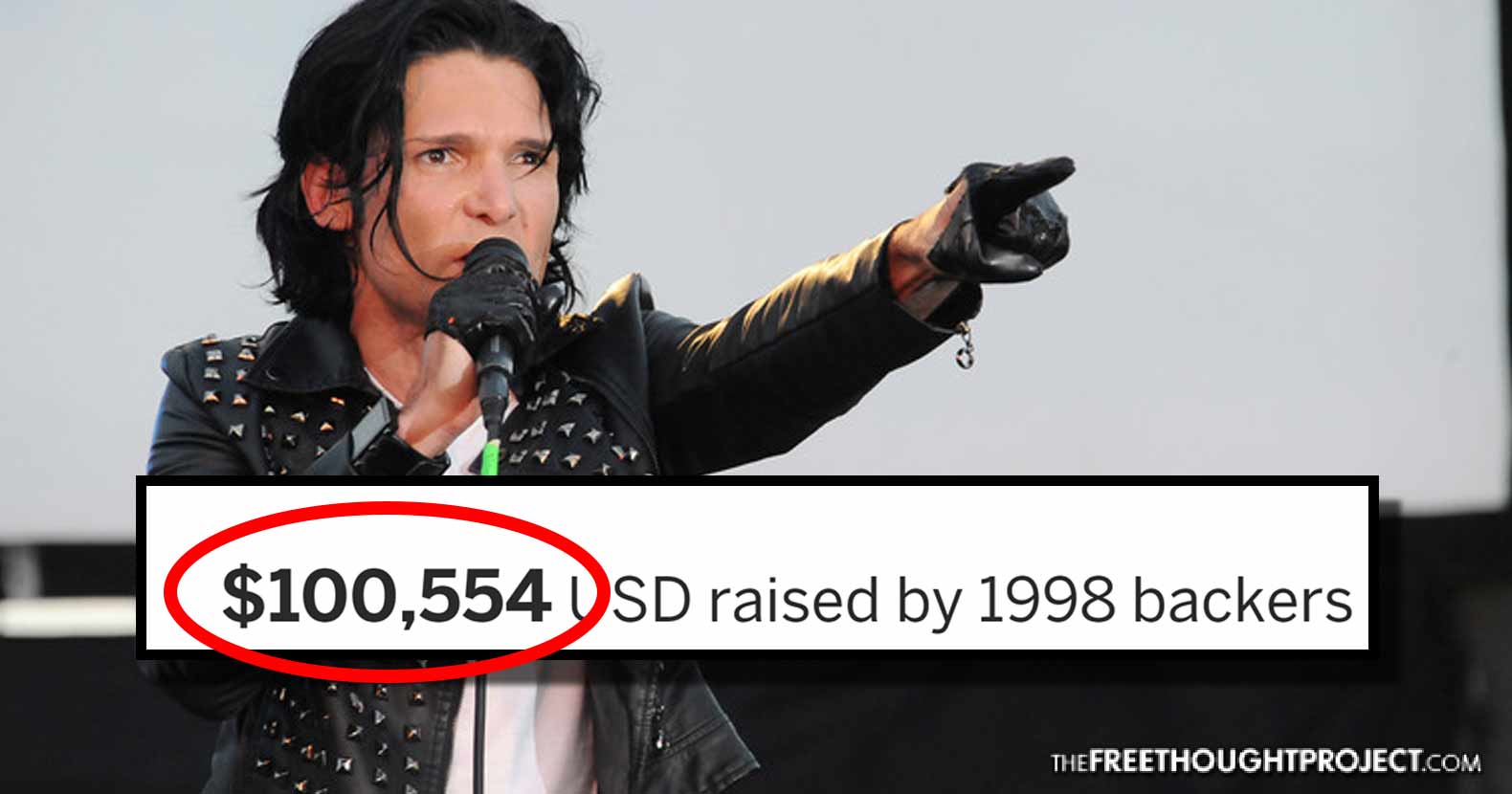 The announcement describes how his efforts to expose Hollywood pedophilia have endangered his life, as well as his families.

“I am very alone, but I need to protect myself and my family,” Feldman stated. “What I am proposing is a plan that I believe can literally change the entertainment system as we know it, and I believe that I can also bring down, potentially, a pedophile ring that I have been aware of since I was a child.”

Feldman hopes to raise enough money to create a movie about his life which will expose the truth about rampant pedophilia in Hollywood.

“In his book, Coreyography, Corey describes what happened but it isn’t clear who exactly the predators are,” the campaign reads. “The best way, he feels, in order to tell the whole story, is for Corey to come forward in the form of a film about his life.”

Thus far, the crowdfunding campaign has raised over $100,000 in just over 24 hours since launching Wednesday morning.

Previously, Feldman has said that he and Corey Haim, another eighties child star, were preyed upon by pedophiles within the movie industry.

Feldman’s attempt at exposing pedophilia in Hollywood comes in the wake of the revelations of Harvey Weinstein’s alleged pathological sexual abuse of women – with the former child star hoping to break the “dam of silence” surrounding the issue by calling on other former child stars to come forward similar to the scores of women that have now come forward to accuse Weinstein of sexual abuse.

“I’m not alone,” Feldman says. “I know there are thousands of others that have experienced what I have experienced in the entertainment industry. I also know that there are peers of mine who know exactly what I’m talking about and know all of the details but have been afraid to come forward with their own truths.”

The crowdfunding campaign, started by Feldman’s wife, Courtney Mitchell, seeks to raise $10 million dollars, which would allow Feldman to fully produce a motion picture, while also covering his security and legal fees.

According to the Indiegogo campaign:

Firstly as a security measure, Corey has already written down the names and details of the events and given them to a trusted person of power, in case anything should happen to him or any member of his family before the film is finished.

Feldman says that he can name at least six names including one who is still powerful within the industry today, and which connects a major Hollywood studio to pedophilia.

Although Feldman has grown increasingly vocal about the sexual abuse he suffered, he has thus far refused to name names – noting that it would be unsafe for him and his family to do so.

In 2016 he spoke to the Hollywood Reporter about why he hadn’t yet named names:

I’m not able to name names. People are frustrated, people are angry, they want to know how is this happening, and they want answers—and they turn to me and they say, “Why don’t you be a man and stand up and name names and stop hiding and being a coward?” I have to deal with that, which is not pleasant, especially given the fact that I would love to name names. I’d love to be the first to do it. But unfortunately California conveniently enough has a statute of limitations that prevents that from happening. Because if I were to go and mention anybody’s name I would be the one that would be in legal problems and I’m the one that would be sued.

Now that the widespread sexual abuse ongoing in Hollywood is taking center stage, it’s time to put a focus on the ongoing pedophilia taking place within the movie industry.

Please help Corey Feldman expose his abusers and fight back against the ongoing silencing of victims by donating to his crowdfunding campaign if you are able.