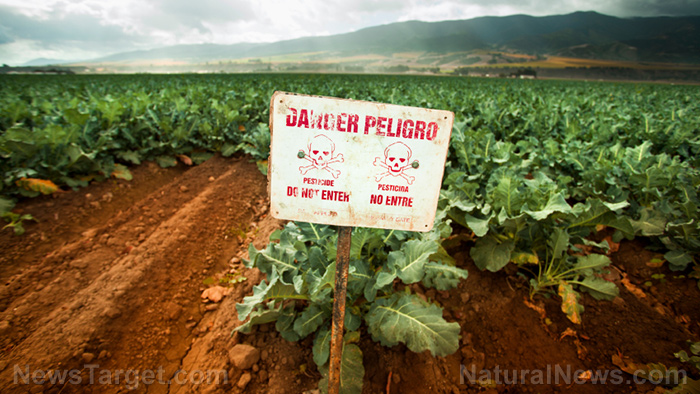 (Natural News) If you accidentally sprayed roach killer or weed killer on your fruit, you would probably rush to wash it off, knowing it would make you sick if you ate it, now or later (in fact you would probably discard the produce entirely). If you put poisonous rat baits or pest-killing “food” pellets under your home, you would certainly make sure your dog or cat couldn’t get to them, knowing what would happen if they did. Heck, that’s just common sense and responsible living. Yet the “search for the cure” for cancer and Alzheimer’s disease marches on, while tens of millions of Americans eat food and drink beverages that are loaded with weed killer, bug killer, and industrial toxins that warp our cells, destroy our immune systems and incapacitate our cognitive abilities.

Over time, conventional American food literally deconstructs our genetics, creating and perpetuating health disasters for which the medical and scientific communities just can’t seem to prevent or “solve.” Maybe that’s because they’re all the ones making their fortunes off the problem.

Mark these words: No chemical medicine will ever prevent or cure the health problems that chemicals in food, drinks and medicine are causing. There are no pain killers, diabetes medicines, chemotherapy drugs or anti-anxiety medications that can fix your brain, heart, liver, kidneys and pancreas when the very CAUSE of the malfunctions is found in synthetics and carcinogens that are being consumed daily. When you eat GM corn and soy daily, take baby aspirin for your heart, eat antacids for your indigestion, make your coffee and tea with tap water, drink out of plastic bottles and eat fried foods made with processed oils, you’re asking for chronic health disaster to come your way – in fact, you’re inviting it into your life.

#1. Insecticides – Dioxin and 2,4-D: Corporations like Monsanto, Bayer, Dupont, Dow, Syngenta, Cargill and BASF do NOT care about human life or health. They are in business to make money, kill bugs and kill weeds – period. Most chemical insecticides utilized on American crops are toxic to humans and cause cancer and dementia.

#2. Glyphosate (and other toxic herbicides) – Roundup, the world’s most popular weed killer, contains 50 percent glyphosate, commonly used on fiber and wheat as a drying agent before processing begins in the silos. Many U.S. staple crops are embedded with glyphosate in their genetic makeup as biotechnology firms create food that contains poison, so that more poison can be sprayed on the plants without killing them. (Doesn’t matter to them if it kills humans, bees or farm animals.)

#3. Sodium Fluoride – Industrial chemical byproduct of industries in China — imported to the USA as an insecticide and dripped into tap water with the unsubstantiated claim that it’s good for building strong teeth and preventing cavities.

#5. Bisphenol A (BPA) – This poison is found in many plastic containers and canned foods.

#6. Benzene – a petrochemical and constituent of crude oil — colorless and highly flammable — commonly used in sodas.

#7. Hexane – a solvent and chemical cleaning agent used in the processing of canola oil and soy oil (it’s a cheap way to separate the oil from the protein) commonly found in infant formulas, veggie burgers, fruit and nut bars, protein drinks.

#9. Aspartame – The most popular artificial sweetener on earth that causes weight gain. The patent confirms it is the excrement of genetically modified bacteria. That’s just nasty! Aspartame is known to cross the blood-brain barrier, so the brain’s cells are bombarded, and the result is neural cell damage and eventually cell death – which can lead to serious brain damage. Many of the symptoms of aspartame poisoning mimic the symptoms of multiple sclerosis (MS) and even dementia, like Alzheimer’s.

#10. Ammonia – The conventional U.S. meat industry thrives on one theory: If it doesn’t make you sick or kill you within 24 hours, then it’s “safe.” Most conventional “red” meat is ammonia-treated (and bleached) to kill the E. coli and then dyed back pink, like with hamburger and steak, to look attractive in the butcher’s window.

Alternative medicine is blasted by the medical community because it finds and eliminates the root causes of most diseases and disorders which, for the most part, makes doctors less money. Without surgery, chemotherapy and expensive pharmaceuticals, most M.D.s and oncologists couldn’t live the lavish lifestyle they do right now. If you want your health to be organic and sustainable, doesn’t it make sense that everything you eat and take as “medicine” be just that?

The solution for ideal health free of disease and disorder is not as complex as you may think. Begin by eliminating the most common toxins from your daily intake. You will notice a difference immediately in how you feel, your energy level and your clearer thinking. You may even realize after a few weeks or months that the cure for most diseases and disorders exists in an organic, plant-based food regimen, and you will be absolutely and positively correct.

What’s your doctor prescribing for you – chemicals or organics? You better start asking the right questions if you want the right answers. Here’s some valuable knowledge from a doctor that you’ll always remember after watching.

Hunter’s Voicemail to Biden is Damning
The Black Sphere

The Frightening Story Of The Village Of Portlock Alaska…Was A Killer Sasquatch Responsible ?
Great American Outdoors
SCOTUS Saves Leftist Women from Themselves
The Black Sphere

If You Are Looking To Donald Trump As The Reason For The Overturning Of Roe vs Wade, Think Again. While You Are Being Diverted, They Are Going For Your Guns!
June 27th, 2022 Sons of Liberty Media

His Name Is Clark Kelly: White 88-Year-Old Veterinarian (Described as a...