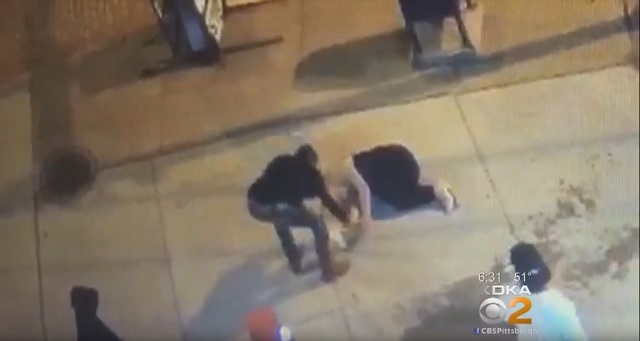 Disturbing video out of Pittsburgh shows a thug punch a woman on the street and leave her for dead.

Witnesses come upon the unconscious woman and rather than call 911 and try to get her help, they appear to rob her of her cell phone and gather around to take selfies with her motionless body.

The incident happened a month ago in Beechview but the video was only just released.

“A source close to the investigation said the woman ended up lying on the sidewalk until she regained consciousness,” CBS Pittsburgh reports.

Pittsburgh Police are still investigating the incident and told CBS Pittsburgh they believe they know who the attacker is.

Watch a video report on the attack above via CBS Pittsburgh. ‘