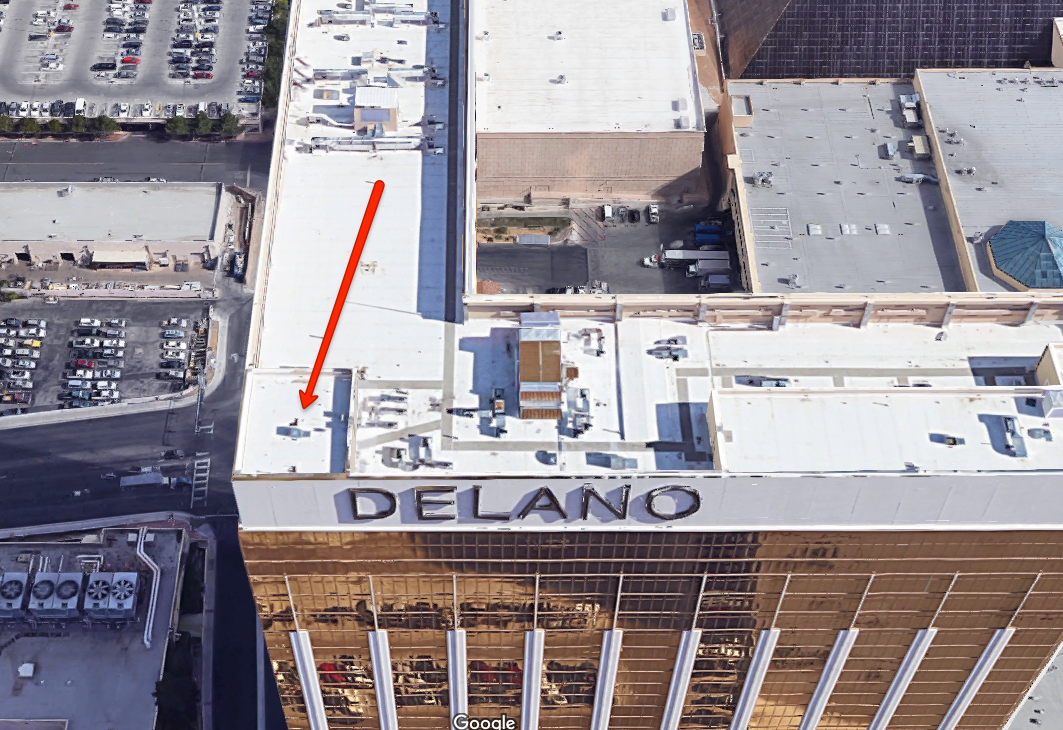 LAS VEGAS (INTELLIHUB) — Flight records and information obtained by Intellihub show that at least one assailant may have been extracted via helicopter for a 10:21 p.m. EXFIL from the southwest rooftop of the Delano Hotel just four minutes before Las Vegas Metropolitan Police Department helicopter N911WY arrived in the vicinity for the first time since shots were fired at crowd goers attending the Route 91 Harvest Music festival around 10:05 p.m., as the timelineindicates.

According to the data, SWA4119 was originally scheduled to depart Tulsa (TUL) at 14:10 and arrive in Las Vegas (LAS) at 15:00 but was somehow delayed for over 7-hours giving “SWA4119” a new arrival time of 22:22 (10:22 p.m.) which doesn’t make sense because the craft was headed north and was too close to the airport to be aligned with any of the runaways.

You see, the aircraft that was displaying “SWA4119” between 10:21 and 10:22 p.m., which emerged on radar for the first time at 10:21, absolutely can not be a passenger jetbecause the actual flight data confirms that the aircraft slowed to a stop then changed its direction abruptly to a due north heading before proceeding to hover over the Delano in a very specific spot for approximately one-minute (i.e. the craft in question was, in fact, a helicopter because jets simply cannot hover or change speed and direction with such intensity.) This means that the operators of the craft were intentionally transmitting a fictitious call sign before going dark (invisible) from radar altogether.

The following image shows the position of where the aircraft was when it was in a solid hover for one-minute.

Who did the helicopter extract? We can safely say that it was an extraction because the aircraft’s transponder was turned off upon leaving the rooftop, not upon approach (i.e. it was trying to mask its exit from the scene.)