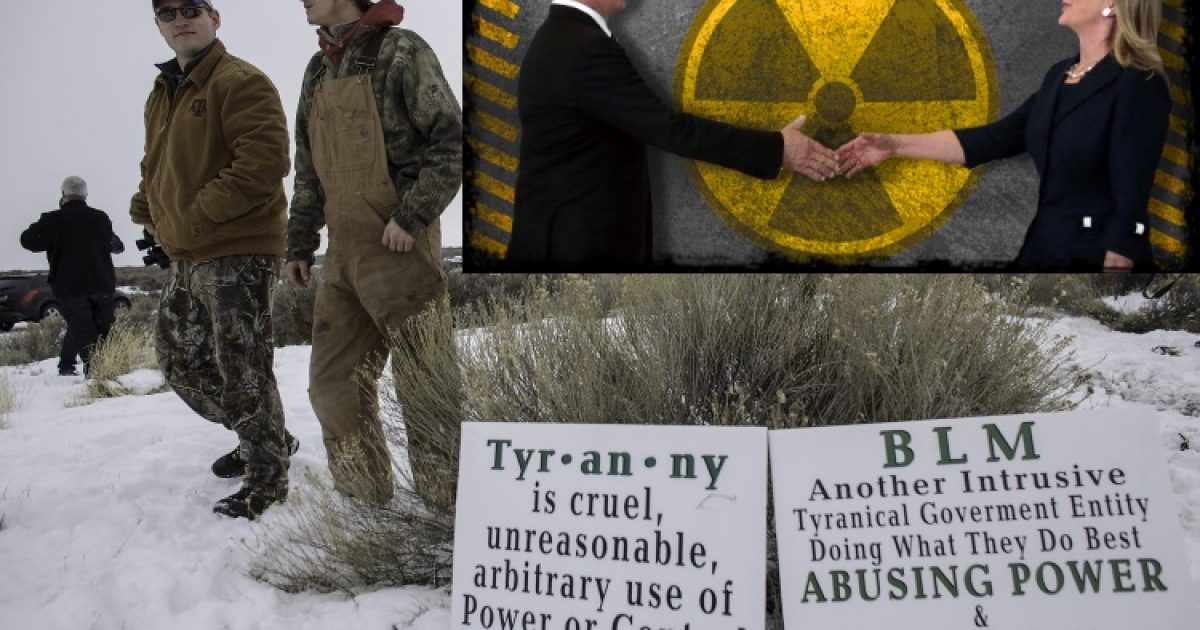 As news outlets across America are reporting on a Federal Bureau of Investigation informant being allowed to testify before Congress on the Clinton-Obama Uranium One deal with Russia, no one in the media is referencing the documents that were uncovered by the Bundy brothers and others during the Malheur Wildlife Reserve protest in early 2016.

Fox News reports on the gag order of the informant being lifted to speak to Congress.

The Justice Department said Wednesday night that it had lifted a gag order on a former FBI informant involved in a high-profile Russia bribery case, clearing the individual to speak to Congress about Moscow’s Obama-era uranium deals in the U.S. market and other schemes.

In a statement, the department said it had authorized the informant to speak to the leaders of the Senate Judiciary Committee, House Oversight Committee, and the House Permanent Select Committee on Intelligence, in addition to select staffers.

The department said the informant could provide “any information or documents he has concerning alleged corruption or bribery involving transactions in the uranium market,” including Russian company Rosatom, subsidiary Tenex, Uranium One and the Clinton Foundation.

This is all fine and dandy, but why is there no talk of ranchers Dwight and Steven Hammond and the bullying they received at the hands of the government over their land which is rich in minerals, including Uranium?

This issue is much bigger than Hillary Clinton. This goes all the way to the Constitutional issue of federal land grabs and then the tyranny it exercises over the usurpation of that land.

I’m highly doubtful we’re going to see anything come of the probe into Hillary Clinton and the Uranium One deal. If we do, great! I’m happy to be proven wrong on that.

However, the issue won’t stop with that. Our federal government has an endgame with its land grabs and it isn’t for the benefit of the people.

Let me show you what I’m talking about. The following is from my report from nearly a year ago.

Ammon Bundy and several other patriots occupied the Malheur Wildlife Reserve in Oregon in late 2015 and early 2016 and were subsequently arrested, for which they were also acquitted on all charges.

Reporter Pete Santilli, who was at Malheur and had all charges dismissed against him in September 2016 said, “Before being arrested I was researching and reporting on the connection between Malheur, Hillary Clinton, and Uranium One. I was arrested the day after I released the [Hammond Legal Files] and at that point, my investigation was effectively stopped; now that Donald Trump has brought the issue back into the spotlight, I thought we should take another look.”

As I reported in January, the Hammond’s Ranch is rich in Uranium and other minerals. In fact, it’s worth billions! Just take a look at the following two videos and see for yourself.

If this is not enough information to point out the Uranium-rich area of Oregon, then have a look at the BLM’s own website where they document the following:

So, the question I have for Attorney General Jeff Sessions is, why are you not seeking to vindicate the Hammonds and submit the documents discovered by the Bundys and reported on by Santilli and start getting at the root of this entire fiasco? Do you have a stake in this too?

Audience Banned From Liz Cheney Debate ‘Because She Is So Hated By Her Voters’
July 1st, 2022 Conservative Firing Line

Depopulation taking place under our eyes! Birth reduction in Taiwan: -23.34%,...