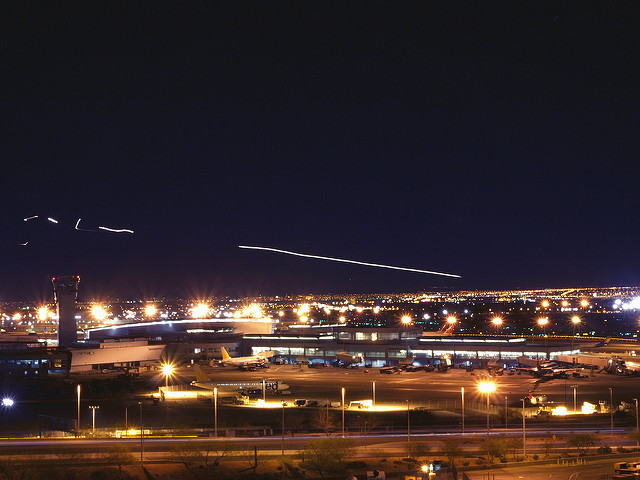 Tower audio proves there were many assailants operating in conjunction with one another on the night of the massacre, Stephen Paddock didn’t act alone

LAS VEGAS (INTELLIHUB) — Air traffic control audio recordings from the night of the Oct. 1 massacre reveal that there were indeed “active shooters on the airport property” just 1000 yards away from the venue where 58 people were reportedly shot to death.

McCarran International Airport is located at 5757 Wayne Newton Blvd and is just a hop, skip, and a jump from both the Mandalay Bay Hotel and Casino and the venue that was hosting the Route 91 Music Festival. It would make perfect sense that assailants would want to retreat to the airfield where they could make there escape, possibly in an aircraft.

Political strategist and co-founder of “The New Right” Mike Tokes released a portion of the tower audio on his twitter feed early Sunday morning.

Air traffic control tapes on the night of the Las Vegas shooting:

"There's active shooters on the runway. They're on the airport property" pic.twitter.com/HZf3LBeAgk

LAS Tower: Shutting down may not be a good idea. There’s active shooters on the runway.

LAS Tower: The nineteens are closed, we are in the process of trying to round them up. They are on the property.

The audio proves without a shadow of a doubt that the Las Vegas Metropolitan Police Department’s official story is a lie. Simply put, there were many shooters, as Intellihub has already documented in numerous articles and detailed timelines.