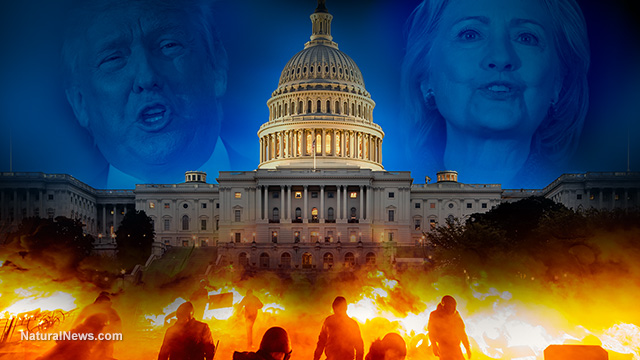 (Natural News) We interrupt our usual editorial coverage to give you a heads up on what’s coming this week from the lying mainstream media, which has proven again and again that it has no morals, no ethics, no dedication to facts and no real journalism whatsoever.

Brace yourself for a barrage of fake news from the mainstream media that will be catapulted into your consciousness starting tomorrow. According to multiple news reports, the corrupt special counsel Robert Mueller has filed criminal charges stemming from his tainted investigation into people affiliated with the Trump administration. But this is all a deliberate distraction from the exploding Uranium One and Fusion GPS scandals, both of which are ensnaring not just Hillary Clinton but also James Comey and even Robert Mueller himself, who was head of the FBI when Clinton rubber stamped the selling of U.S. uranium supplies to Russia.

Over the last few days, for example, the US DOJ has granted approval for an FBI informant with detailed knowledge of the Clinton / Comey criminality to testify before the U.S. Senate. That testimony will be on the record in a few weeks, and it will result in criminal indictments against Obama era officials and Clinton cohorts who have been running a massive collusion cartel for at least the last eight years.

Now, it’s an all-out political war because Mueller, Comey, Hillary Clinton, Lynch and even Eric Holder know they are all going to be indicted for corruption and treason if they can’t destroy Trump and get him impeached.

Sean Hannity is spearheading much of the media coverage on all this, and he deserves some kind of Congressional Medal of Honor for taking so much enemy fire during all this… he’s practically a “war hero” at this point, at least as far as journalists can be war heroes.

The Gateway Pundit is also blazing a trail of amazing investigative journalism on all this, so much so that The Gateway Pundit has now become my No. 1 source for news on breaking scandals out of Washington D.C. We are sourcing their stories in many of the articles published at Clinton.news and Trump.news as well.

TGP has the very best coverage on the corruption and collusion of Robert Mueller, James Comey, Hillary Clinton and the whole gang of political mafia bosses. Here’s a recent TGP story that details the astonishing criminality of these operatives and how they collude and conspire to destroy their political enemies:

Originally published by The Gateway Pundit. Reprinted without permission, but with the right intentions.

Last night we found out from information leaked to CNN that the Mueller investigation has filed charges in the ongoing superfluous investigation into President Trump and the far out possibility that he colluded with Russia in the 2016 election.  CNN reported that:

A federal grand jury in Washington, DC, on Friday approved the first charges in the investigation led by special counsel Robert Mueller, according to sources briefed on the matter. The charges are still sealed under orders from a federal judge.

In typical bad cop form, former FBI Head and current Special Counsel Mueller proved again that he is as dirty as it gets.

Mueller’s career is littered with numerous investigations of major scandals and likely crimes that Mueller did not meaningfully investigate as FBI Director resulting in no arrests and no consequences.  All of these resulted in the Clintons and/or Obama Administration getting away with criminal activities:

IRS Targeting (2010-2013): the IRS intentionally selected and then delayed or denied tax-exempt 501(c)(3) applications from conservative groups to prevent them from participating in the 2012 election, followed by IRS agent Lois Lerner invoking her Fifth Amendment privilege against self-incrimination.  (No charges have been filed of any wrong doing by any government officials in this case.)

Fast and Furious (2010): this ATF program, which seems to have served no rational purpose, allowed over 2,000 guns to be purchased illegally inside the United States and then “walked” into Mexico for use by criminals, one of which was later used in the 2010 murder of Border Agent Brian Terry by the member of a Mexican cartel

Associated Press Spying (2012): the Department of Justice illegally seized the communications of AP reporters made during April and May 2012, allowing the DOJ to unmask journalists’ confidential sources

Clinton Foundation Pay-for-Play (2009-2013): during the period in which Hillary Clinton held the office of Secretary of State, the Clinton Foundation and Bill Clinton received millions of dollars in paid speaking fees and a million dollar “gift”from countries involved in matters with the State Department, many of which had ties to terrorism and human rights abuses; some of these funds were apparently diverted from charitable causes to personal expenses, such as Chelsea Clinton’s 2010 wedding.

Russian Uranium Deal (2009-2013): Hillary Clinton’s State Department approved a deal allowing a Russian company to control 20% of the uranium mining production capacity inside the United States, which was followed by millions of dollars in donations to the Clinton Foundation from people associated with the transaction.  This past week information was reported that prior to the Obama administration approving the very controversial deal in 2010 giving Russia 20% of America’s Uranium through the approved sale of Uranium One, the FBI had evidence that Russian nuclear industry officials were involved in bribery, kickbacks, extortion and money laundering in order to benefit Vladimir Putin, says a report by The Hill.  Mueller was the head of the FBI at this time!  He was even hand picked by Hillary Clinton to hand over uranium to Russia on an airport tarmac at this time.

Clinton Private Email Server (2009-2013): during her entire tenure as Secretary of State, Hillary Clinton dodged Freedom of Information Act requirements by using a private email server to conduct official government business, as well as sent and received classified information that was Top Secret over an unsecured system—an “extremely reckless” (and obviously illegal) act.”

Mueller by not upholding the law in these cases above created a two-tiered system of law in the US – Laws for the political elite and laws for everyone else.

There are now speculations that Mueller was hired by Rosenstein to cover up their illegal actions related to Uranium One.  It’s also suspected that Mueller is spending like a drunken sailor on the investigation.  Also, it is now clear that the dossier used as evidence to spy on Trump and create the special investigation was promoted by the Clintons and is totally based on lies from a company (Fusion) known for slanderous reporting.

The entire team Mueller has hired to assist in the Russia investigation is former Obama and Clinton related attornies. Special Counsel Robert Mueller’s attorneys are a Who’s Who of Liberal Activism.

Here is a summary of the Mueller team:

It is very clear that Mueller is a very dishonest, bad and morally corrupt cop and he should not only recuse himself from the Russia investigation, he should be under investigation himself for all of the above items.  It appears he leaked information to CNN to curtail the focus on his corrupt actions and inactions.

God please bring this country justice!  Lock up Corrupt and Criminal Mueller and the rest of the Deep State!