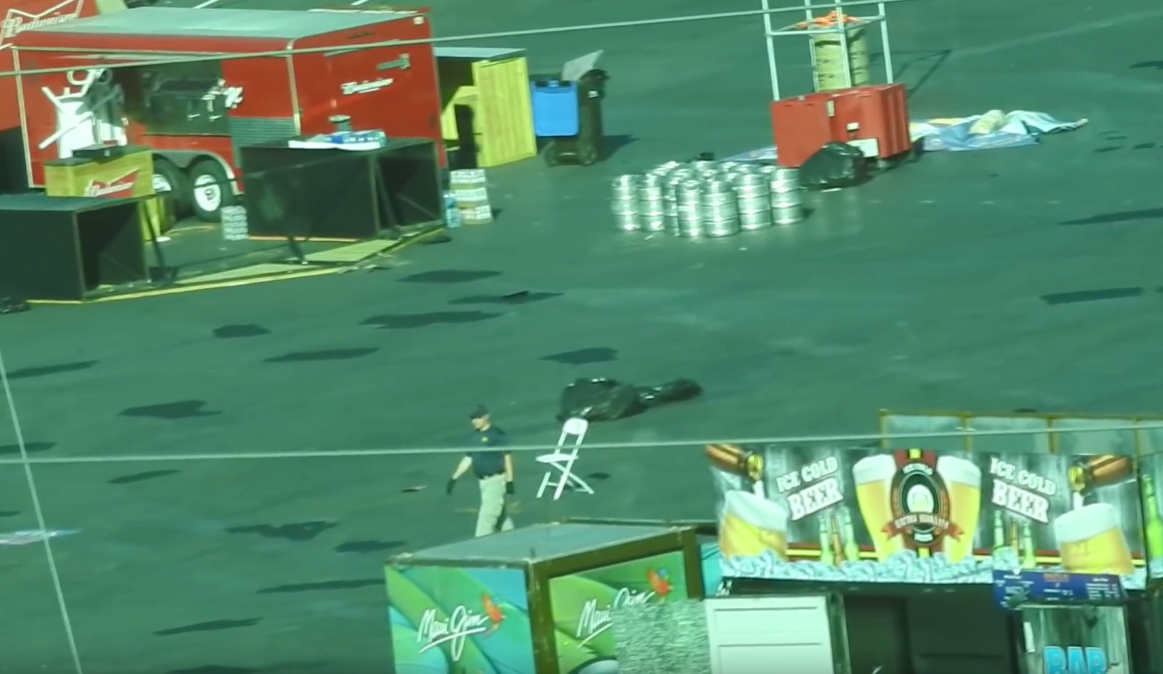 We all know that something did happen along the strip the night of the massacre, but what?

LAS VEGAS (INTELLIHUB) — Undercover high-definition video captured days after the October 1 massacre took place reveals no evidence of bullet strikes at, on, or in, any part of the venue which hosted the Route 91 Harvest Music Festival.

Not one bullet strike can be seen in the footage which raises more questions than answers.

The series of videos were posted to YouTube by the “hangman1128” channel on Oct. 22. There is a total of four videos. Each one is about 15-minutes in duration.

“I was looking for any damage from the thousands of rounds that were said to have been shot from this vantage point. This is still an active crime scene and nothing has been removed or repaired. You would think that if thousands of rounds were fired from this location that there would be quite a bit of damage to bee seen on the sides of the structures, tent tops or seating areas. I wish I could have gotten footage from the opposite side to see if damage could be seen from stray bullets. this would prove shooting from different locations,” the cameraman wrote.

Although we do not know the exact date and time of the recording or the location it was shot from it still serves as evidence.

As “HighImpactFlix” pointed out in his latest video, in “Part 1 at 3:57” you can see “two CCTV cameras.” But where is the footage? Why has no CCTV camera footage been released?

HighImpactFlix also notes, “at around 6:44 (in Part 1) there are no broken windows or bullet holes anywhere to be seen in the VIP suites that sit on the northeast side of the stage within the concert area.”

Another video posted by “HighImpactFlix” explores the possibilities.