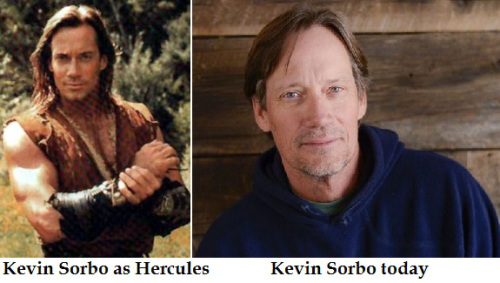 The Following Post First Appeared at Felowship of the Minds

New York Times‘ exposé on Hollywood mogul Harvey Weinstein opened the floodgates of truth-telling, not only by women he’s sexually harassed/abused/raped, but men are also speaking out.

Kevin Sorbo, 58, is an actor best known for his starring roles in two television series,as Hercules in Hercules: The Legendary Journeys, and as Captain Dylan Hunt in Andromeda.

Paul Bond reports for The Hollywood Reporter that during a conversation on Weinstein on Adam Carolla’s podcast on October 24, 2017, Kevin Sorbo said that decades ago when he was working as a model, before he became an actor, he was sexually harassed by the late openly-homosexual Italian fashion designer Gianni Versace.

On July 15, 1997, 50-year-old Versace was shot dead on the steps of his Miami Beach mansion by spree killer Andrew Cunanan, a “gay” hustler, who used the same gun to commit suicide on a houseboat eight days later.

Sorbo told Carolla during the podcast: “I’ve got my sexual harassment story.” Sorbo said that in 1984, prior to his stint as the lead on Hercules: The Legendary Journeys, which ran for six seasons in the late 1990s, Versace approached him in Italy, where he was modeling: “He wanted to meet me because of my height. At 6-foot, 3-inches, he wanted me to do fashion shows with these 6-foot-tall women.”

Sorbo said Versace invited him to a dinner party where he met Sophia Loren, opera star Luciano Pavarotti, Richard Gere and others. Sorbo was invited for several more dinner parties, each one with fewer attendees, until one time it was just him and Versace alone.

Versace told Sorbo he wanted him in commercials advertising his fashion brand. Sorbo said, “All of a sudden, his hand goes up my leg.”

Versace replied: “This is why I like you. You’re not a girly man. You are a man’s man. In life, you must fuck everything. You must do the dog, and the cat, and the boy, and the girl.”

Sorbo told Versace they were leading two different lifestyles, to which Versace said he wanted to “build a bridge” between them.