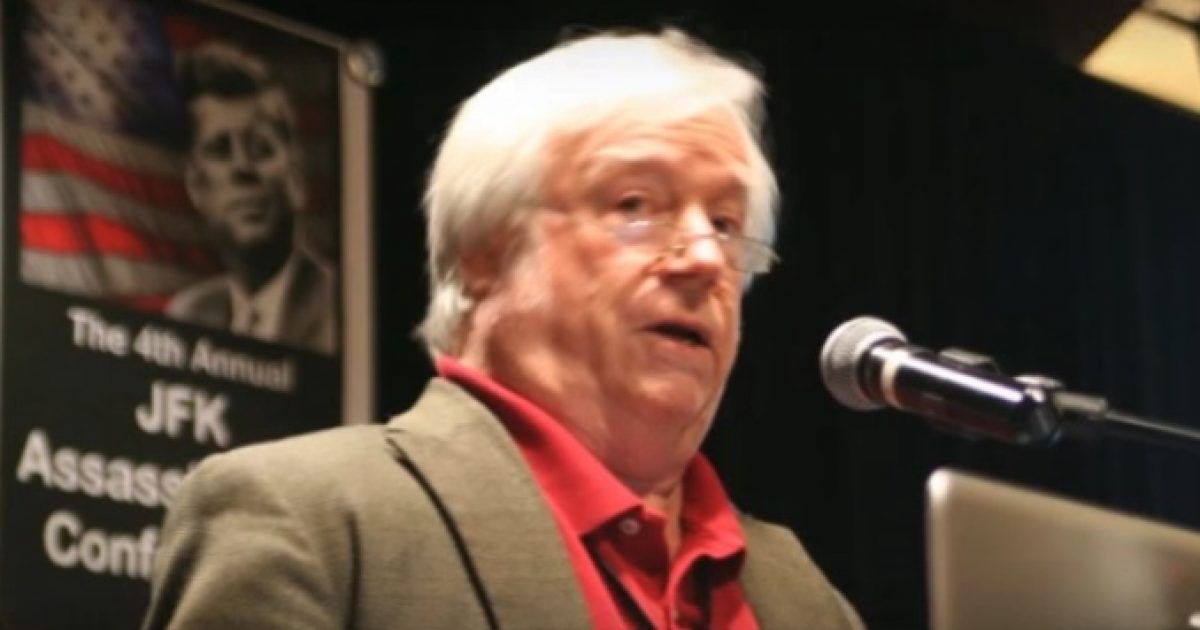 In a recent interview, Dr. James H. Fetzer, a Distinguished McKnight University Professor Emeritus University of Minnesota Duluth and former Marine Corps officer, said that he believes the entire Vegas shooting was nothing more than a Hollywood production and that “no one died in the Mandalay Bay shooting.”

Dr. Fetzer is also the author of numerous books, several on the assassination of President John F. Kennedy.

Now, I get it. I get the skepticism we all come to now when an event like the Vegas shooting occurs and so I’m willing to hear anyone out with what they put forward, and Dr. Fetzer doesn’t disappoint.

He points out many of the issues that some of us have had concerns over including the scene of the room that alleged shooter Stephen Paddock was in, the lack of thousands of casing from spent rounds, and the fact that many rounds seem to be on top of the blood from Paddock’s head in his alleged suicide.

He also pointed out that many of casings were blanks.

Other points made is the secrecy of the hotel, the changing of the timelines and the disappearance of Jesus Campos, the alleged security guard who allegedly came upon Paddock during the shooting only to have the story revised to say that he was shot at minutes before the shooting began with more than 200 rounds being dispensed in the hotel and yet, no one else heard the shots nor were they injured by them.

Dr. Fetzer also says that the shots fired were actually pre-recorded shots played over the speakers of the venue.

This seems to be a completely different claim than many eyewitnesses and police who said there were multiple shooters, they saw people shot and saw the bullets hit the pavement.

It also seems to not be in line with Mike Adams’ excellent audio acoustic analysis of the shooting, in which he identified at least two shooters, though to be fair, that could be reconciled if the audio was actually fabricated.

On top of this, Fetzer claims that the gentleman appearing on the Ellen DeGeneres show for an interview who claimed to be Campos was not him, even though we do know TV

“adds weight” to everyone on it.

Still, some of his insights are interesting.

Whether they are all valid or not remains to be seen, but one thing we do know and that is that the public is not being given all the information on this shooting and we now know that both local law enforcement and the FBI are putting the kibosh on any information about the shooting now.

That, right there, is cause for alarm in a free society in which we are being told that Paddock was the only shooter and that he worked alone.

, Sandy Hook, the San Bernardino shooting and the JFK assassination

Take a listen to the interview and see what you think.