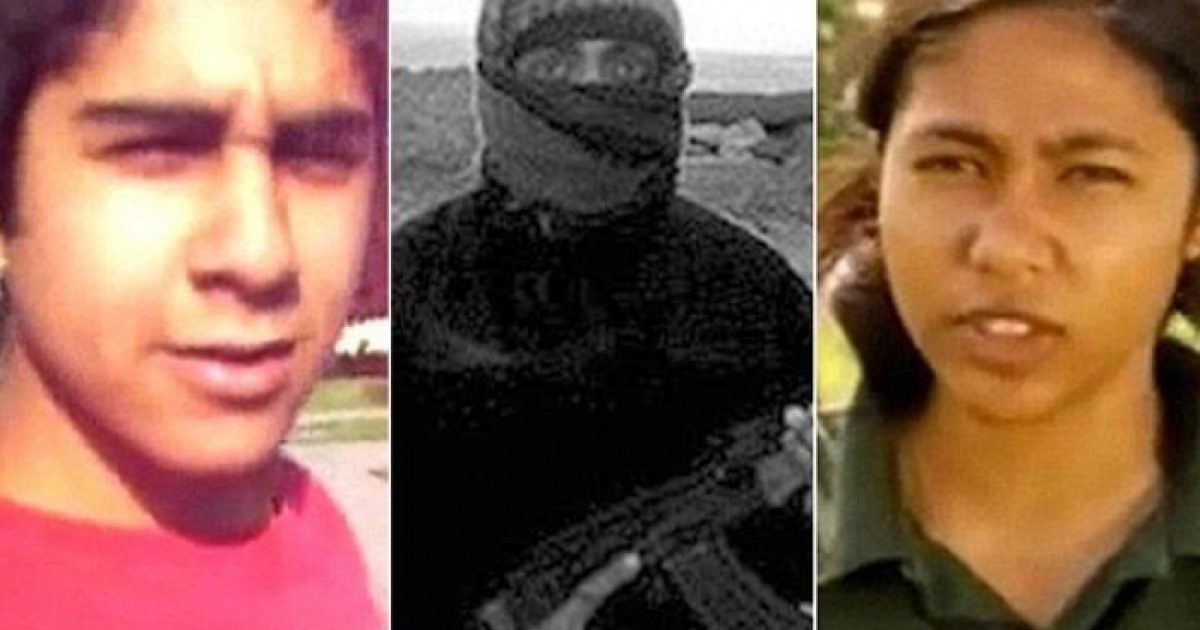 The West is heralding recent victories of the good guys – us – over the barbaric terrorist group ISIS. As well we should, and it’s about time. ISIS, as a centralized Caliphate, was allowed to exist for far too long.

As Raqqa finally fell and the Caliphate died, so did many ISIS fighters with it. But thousands have not. The problem is that we don’t know exactly where they are – only where they’re not.

U.S. officials say that of the 129 Americans who successfully left the country to join ISIS, only seven have been confirmed to have returned to the United States.

And just how have we been able to confirm the seven, you may ask?

Guided by political correctness, or frankly, I don’t know what, the United States does not revoke the citizenship of those who choose to join a terror group and fight against the U.S.

Evidently, when these terrorists are finished shooting at and possibly killing American soldiers overseas, they are free to return home.

Since there is really no way to know for sure whether they have killed Americans, they can’t be charged with anything.

What a great system.

I’m a Constitutionalist, and as such, recoil at the thought of further government overreach, but I have no problem making an exception for someone that packs up and leaves the country to join a terrorist gang, hell-bent on killing and/or subjugating all infidels.

By infidels, I mean all of us.

“In 2015, the US government estimated that approximately one in five of the American fighters who fled to join ISIS were killed in war zones,” writes the Daily Mail.

Now how does our government know, or even able to estimate this? Heck – we can’t even confirm that the leader of ISIS and the declared Caliphate, Abu Bakr al-Baghdadi, is dead or alive.

Recall that Russia claimed “in mid-June to have killed Baghdadi in a May 28th airstrike near the eastern Syrian city of Raqqa as he met with other top ISIS leaders. Iran also claimed that Baghdadi had been killed. The U.K.-based Syrian Observatory for Human Rights (SOHR), a monitoring group with extensive contacts in the country, said that one of its sources in the eastern province of Deir Ezzor had received information from within ISIS that Baghdadi was dead.”

Now all intelligence sources believe he is alive and in hiding.

But killing Baghdadi or not and destroying their “capital city” hasn’t necessarily lessened the threat of ISIS. It has just decentralized it. The radical ideology and the desire to kill the infidels still remain.

As ISIS fighters flee the battlefields of Iraq and Syria, they are spreading out across Europe and at least some of these loyalists will surely make their way back to the States. And if they are still loyal to the ISIS cause, it’s doubtful these American jihadis will use the front door.

Lee Oughton, security expert and global business development director of the international risk management firm, the Abbey Grey Group said, “The borders going into the U.S. are seen as porous and could be an ideal spot for returning ISIS fighters to filter undetected back into society.”

And Mr. Oughton is exactly right. Thanks to Democrats, who have successfully shifted the narrative of the Southern border to be exclusively about drugs, they have been able to block construction of Trump’s border wall.

This leaves the Mexico border as open as ever.

The last Islamic terror attack in the U.S. took place in Orlando in June 2016, by ISIS-inspired Omar Mateen.

Americans tend to have both short attention spans and short memories. As such we tend to quickly let our guard back down, as we move on to the next media-hyped event.

But the threat from ISIS and other Islamic terror groups hasn’t vanished – it has only temporarily subsided. Just long enough for us to go back to sleep.

But you can bet there will be more attacks on us in the future, and they may come from American ISIS fighters returning home with their citizenship intact.