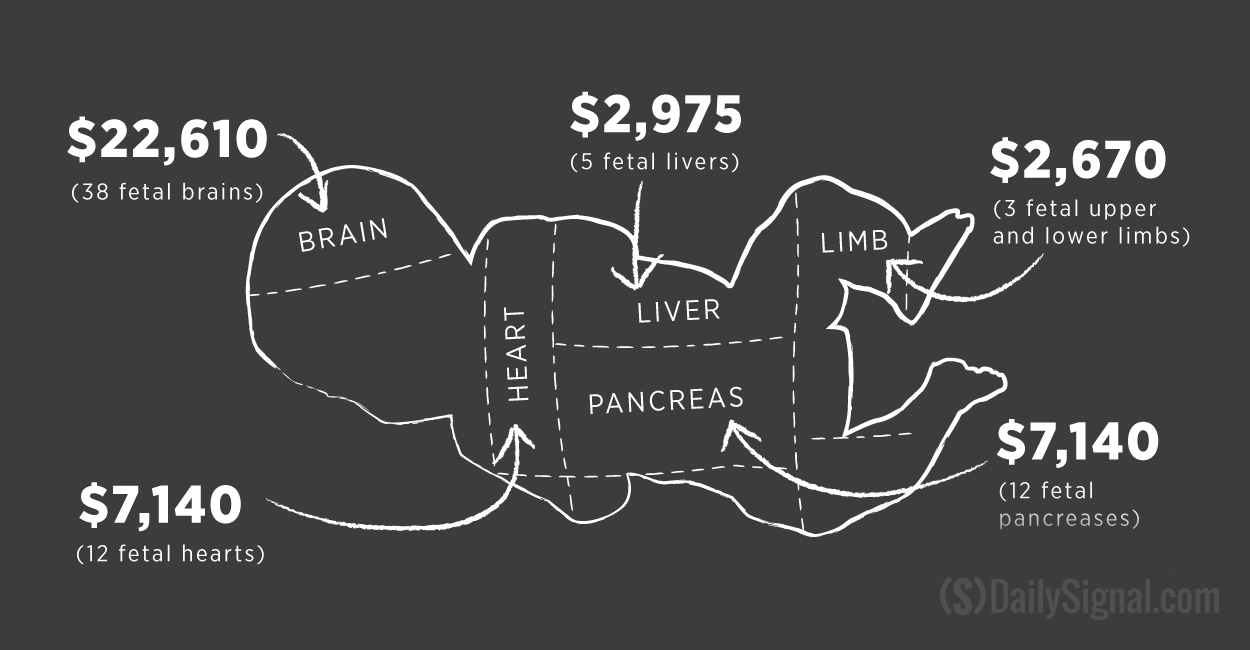 Editor’s Note:  Planned Parenthood was breaking the law long before they were selling baby parts with abortifacients and abortions.

The worst thing that Planned Parenthood (PP) does, on a daily basis, is murdering innocent children. They do this every single day, without remorse and with exuberance. However, our culture has become so warped and disgusting that for many Americans abortion is just a something that we have to “get used to.”

So to stop these cold-blooded killers from the greatest mass genocide the world has ever seen, the pro-life community has had to adopt new tactics.

The folks at the Center for Medical Progress (CMP) have taken to proving that Planned Parenthood breaks our laws in many diverse ways every single day. So sure, the worst thing they do is technically not illegal in America (to our shame) but PP does a whole lot of other stuff that is illegal. Over the last couple of years, CMP has been unmasking the criminal activities of PP bit by bit, and it’s caused the abortion giant many problems. In fact, PP has become so agitated that they’ve forced the government to persecute CMP in an effort to get the journalists to stop reporting on what is really going on in their clinics.

Thankfully, CMP continues to do the hard work of speaking truth to a nation that seems to hate truth.

Their latest undercover video (the 15th thus far in the series) proves without a doubt that Planned Parenthood has been violating HIPPA laws and selling patient information as they also sell pieces of aborted baby bodies.

Holly O’Donnell worked as a procurement technician for StemExpress, LLC, stationed inside some of the biggest Planned Parenthood surgical centers in northern California, drawing blood and dissecting organs from aborted babies, which the company then sold to research customers across the country. She worked for StemExpress from December 2012 to April 2013, ultimately quitting in disgust with the company’s business model.

The new video follows on the heels of one in which Planned Parenthood is caught showing off the body parts of an aborted baby.

In this new video, O’Donnell talks in detail here about the extent to which Planned Parenthood abortion clinic staffers gave the 3rd-party contractors at StemExpress access to private patient medical information inside the abortion clinics in order to match with and fulfill body parts orders from StemExpress customers. Each day, StemExpress contractors were given print-outs with patients’ names and medical information, access to patient medical charts, and even access to Planned Parenthood’s internal computer database of patient information. Hundreds of thousands of personal medical files may have been compromised by this scheme that involves routine violations of HIPPA standards.

O’Donnell also reveals that Planned Parenthood gave StemExpress access to patient medical charts and even to the clinics’ computer network to download patient schedules across the entire Planned Parenthood affiliate. Emails from StemExpress management instruct procurement technicians: “EVERY Friday – please provide schedules for all the clinics you work in,” and, “All computers have access to other clinics.”

Planned Parenthood is a criminal syndicate the federal government, and many state governments, allow to operate with impunity.

Abortion is a horrific evil, and America should be ashamed that we’ve allowed the practice to occur here for so many years. However, if the nation cannot be shamed into stopping this terrible genocide, then perhaps law abiding citizens will agree that these clinics should at the very least be forced to obey the laws?

Even that may be too much for the desensitized masses.