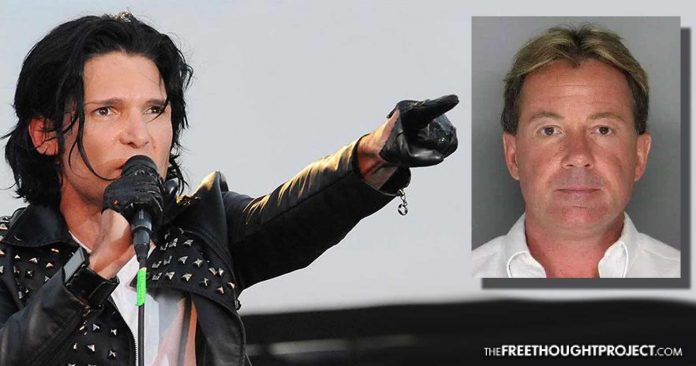 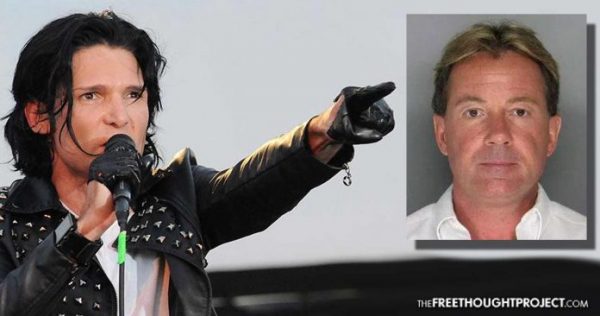 For years, Feldman has attempted to get these names out into the public and after going onto the Oz Show and contacting the authorities in Los Angeles, he’s finally and publicly outed one of his alleged abusers.

In his book, Feldman described what Grissom did to him in graphic detail. He used a pseudonym at the behest of his attorneys to describe everything Grissom did.

“We had to change the names legally,” Feldman said. “The lawyers made me change the names. … They gave me a list of three or four, you know, names. I picked the one that sounded closest to his name.”

Feldman said “Ron Crimson” was the name he chose for Grissom in the book. Below are some of the details from Feldman’s biography “Coreography: A Memoir,“ which recall the horrifying nature of his alleged abuse. WARNING GRAPHIC

“I had taken some pills, some concoction that Ron had made up … Ron came over and sat down next to me, a triple-X magazine in his hands … Ron started touching me, reaching across my thigh to the crotch of my pants … He unbuttoned my pants, and took out my penis … He pushed me on the bed and took me in his mouth … When I woke up, he was on me, touching me, tugging on the zipper of my pants. I realized it was happening again … Ron was still having his way with me … Surely Ron wouldn’t attempt to sodomize me with his own mother in the house [he would] … Under Ron’s tutelage, my drug use has progressed quickly. I’m doing coke constantly, with Ron … Ron is pushing me to try crack … ‘Dream a Little Dream‘ is filming in Wilmington, North Carolina. I’ve already been here once, to assist with location scouting, but now I’m back, checking into my room at the Shell Island Resort. Ron is with me, still acting as my assistant. By the time filming ends, he’ll have scored his second cameo in one of my movies – I managed to get him a small role in ‘License To Drive’ as well … I wake up. Ron is at me, tugging on my pants.”

According to IMDB, Grissom appeared in the 1980s movies “License to Drive” and “Dream a Little Dream,” which both starred Feldman. And, in March, Feldman somewhat alluded to the fact that Grissom was one of his abusers.

hmmm can't confirm or deny, but that sure sounds familiar….

Grissom has a MySpace page that shows photos of him with Corey Feldman. Corey Haim is also featured in photos on his page. On the Dr. Oz Show, Feldman said these pictures are to brag about the abuse. “This guy, on his MySpace page and his Facebook page, has pictures of me and Corey Haim. He still taunts it and flaunts it.”

Indeed, on Grissom’s Facebook page, which says he lives in Mazaltan, Sinaloa, in Mexico, he openly shared images of Feldman as well.

According to Online records, Grissom has a criminal history of performing lewd or lascivious acts with a child. He was arrested in 2001 and served time in 2003.

As Heavy reports, Grissom was also arrested in Utah for an unknown crime in 1995. That arrest record gives his place of birth as Alaska. In 2000, Grissom spent three months in prison in Arizona for credit card theft, unlawful means of transportation and resisting arrest.

As TFTP reported earlier this week, after Feldman went on the Today’s Show and mentions the teen club he hung out at, we found Alphy’s Soda Pop Club, which was—as Feldman noted—promoted in teen magazines and catered only to underage child actors in Hollywood. It was owned by Alphy Hoffman.

In Feldman’s biography, Feldman says, “Ralph Kaufman’s club was a private social space for famous teens.” Kaufman is allegedly Hoffman and Feldman said this about him in his book as well:

As for his abusers, Feldman has a message.

“Now is your time,” Feldman said Thursday. “Be a man for the first time and come forward yourself. … Let it be known and you will be dealt with in a much more tolerant way, I’m sure. However, if you do not, we are coming for you.”