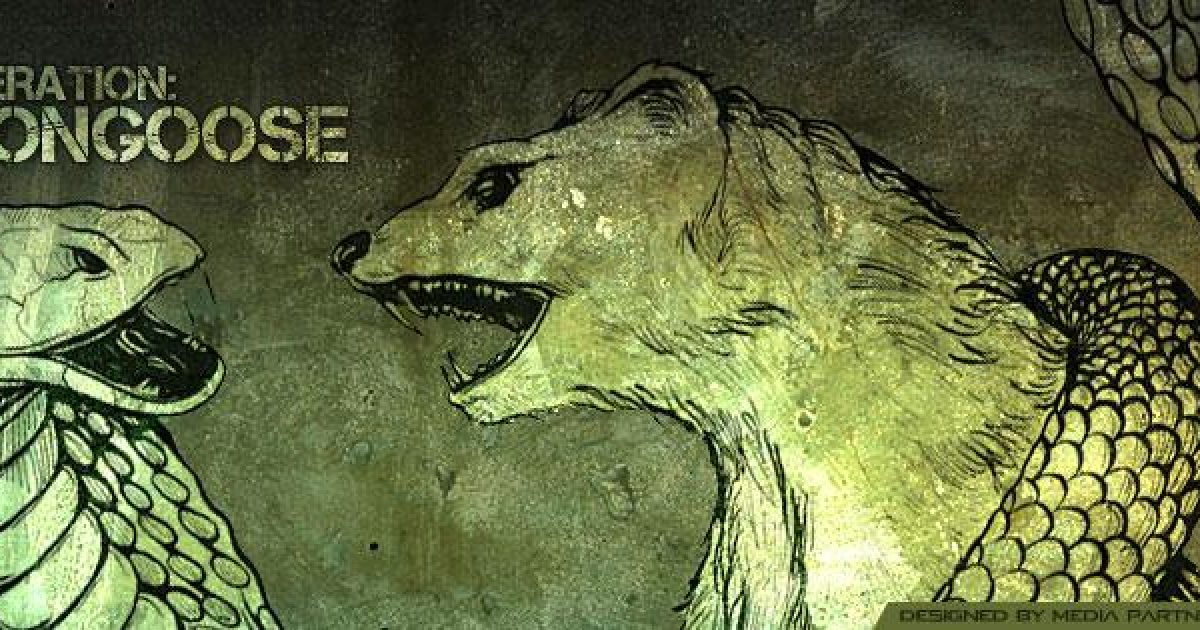 President Donald Trump released thousands of documents related to the assassination of President John F. Kennedy last week, and we are still combing through them in the midst of the news cycle.

Among the more stunning revelations was a plan to conduct a false flag operation in Miami, Florida the would have included terrorist murders of Floridians, and even Americans in Washington, DC, as well as “sink a boatload of Cubans enroute to Florida (real or simulated).”

Now, before you go and cry “tin foil hat” and “conspiracy theory,” realize these are documents the government it self-released and familiarize yourself with Operation Northwoods if you haven’t done so already.

With that information, I’ll just put this here.

I might also add this little nugget from President Eisenhower in commenting on the assassination of JFK and the future of America.

Now, understand that this “Pretext” was submitted the same year as the infamous Operation Northwoods in 192, which was planned to kill American citizens, or at least stage their deaths, as a pretext for war with Cuba.

“On April 12th, 1962, General Lansdale forwarded to Maxwell Taylor an ‘advance copy’ of the Joint Chiefs paper on ‘Pretexts’ stating, I am informed that the Chiefs approve of this,” reads the document.

Sounds to me like the Pentagon gave it’s approval to the plan to stage a false flag event to kill Cubans and possibly Americans in order to justify war with Cuba.

“We could develop a Communist Cuban terror campaign in the Miami area, in other Florida cities and even in Washington. We could sink a boatload of Cubans enroute to Florida (real or simulated),” the document continues.

“We could foster attempts on lives of Cuban refugees in the United States even to the extent of wounding in instances to be widely publicized,” added the document. “Exploding a few plastic bombs in carefully chosen spots, the arrest of a Cuban agent and the release of prepared documents substantiating Cuban involvement also would be helpful in projecting the idea of an irresponsible government.”

We’ve know that Operation Mongoose was going to be used as a pretext for war with Cuba for decades, but now we know that the CIA and the Pentagon seemed to be just fine with murdering Americans and Cubans in order to bring about that war.

Some claim that even John Glenn’s mission into space was tied to Operation Mongoose in Operation Dirty Trick.

James Bamford wrote in his book Body of Secrets: Anatomy of the Ultra-Secret National Security Agency From the Cold War Through the Dawn of a New Century

, “The U.S. Department of Defense report even suggested covertly paying a person in the Castro government to attack the United States: “The only area remaining for consideration then would be to bribe one of Castro’s subordinate commanders to initiate an attack on [the U.S. Navy base at] Guantanamo.”

While relevant information has been redacted and continues to be withheld from the American public regarding whether or not Lee Harvey Oswald was a CIA agent and other important information under the guise of “national security,” one this is certain: our own government clearly thinks about murdering its own people in order to advance the very thing that President Eisenhower warned us about: The military industrial complex… and I might add, a New World Order.

This is not a shock to many of us who have followed some of the stories, and lest you think that a false flag doesn’t include murders or isn’t real and is just government agents that are involved, recall what I reported on in October 2016:

A former Central Intelligence Agency (CIA) clandestine services case officer has now come forward and stated, “Most terrorists are false flag terrorists, or are created by our own security services.”

“Most terrorists are false flag terrorists, or are created by our own security services. In the United States, every single terrorist incident we have had has been a false flag

, or has been an informant pushed on by the FBI. In fact, we now have citizens taking out restraining orders against FBI informants that are trying to incite terrorism. We’ve become a lunatic asylum.”

Part of the problem the American people have in understanding false flags is that they think people are saying that the government is behind it all and no one else is involved. Nothing could be further from the truth.

As Michael DePinto has recently written about some false flags in his article titled 10 Shocking Facts the US Government Doesn’t Want You To Know. Among the false flags he presented was Operation Northwoods, which American military leaders drafted plans to create public support for a war against Cuba, to oust Fidel Castro from power in the 1960s. He also mentioned the Gulf of Tonkin incident which was the “the name given to two separate incidents involving the Democratic Republic of Vietnam and the United States in the waters of the Gulf of Tonkin. On August 2, 1964 two American destroyers engaged three North Vietnamese torpedo boats, resulting in the sinking of one of the torpedo boats. This was also the single most important reason for the escalation of the Vietnam War.”

was a false flag operation with the knowledge of the DC government, as well as using real Islamic jihadists to carry out an attack that resulted in tyranny in America gaining even more of a foothold than it did under Abraham Lincoln’s administration.

Other recent attacks have also been labeled as false flag events. And we know from the revelations of Edward Snowden that our government has engaged in them.

If they would do this back in the 60s, do you think they would contemplate it in the 2000s… say in Vegas, San Bernardino or Orlando, or possibly New York? I think the central government of the united States has long lost its ability to be trusted by the American people, and as such, I side with the words of Thomas Jefferson in the words of the Declaration of Independence:

That whenever any Form of Government becomes destructive of these ends, it is the Right of the People to alter or to abolish it, and to institute new Government, laying its foundation on such principles and organizing its powers in such form, as to them shall seem most likely to effect their Safety and Happiness. Prudence, indeed, will dictate that Governments long established should not be changed for light and transient causes; and accordingly all experience hath shewn that mankind are more disposed to suffer, while evils are sufferable than to right themselves by abolishing the forms to which they are accustomed. But when a long train of abuses and usurpations, pursuing invariably the same Object evinces a design to reduce them under absolute Despotism, it is their right, it is their duty, to throw off such Government, and to provide new Guards for their future security. (emphasis mine)