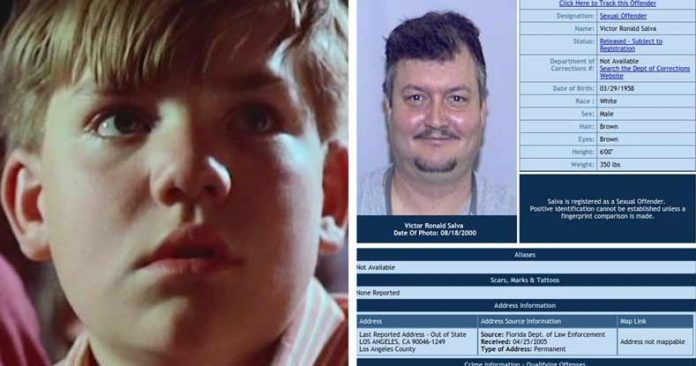 Pedophilia in Hollywood, according to victims and those who expose it, is rampant and exists throughout the industry. Those who expose it are often tarred and feathered in the mainstream and the predators in Hollywood remain protected. However, the recent revelations about the alleged sexual abuse doled out by Hollywood mogul, Harvey Weinstein, is proving to be a chink in the pedophile protective armor enjoyed by Tinseltown.

After the NY Times piece exposed Harvey Weinstein for his rampant sexual harassment, actresses and actors came out to expose how they too have been abused in the industry. Corey Feldman even named one of his alleged abusers this week. This massive coming out is forcing the mainstream media to finally cover the sexual abuse that goes on behind the scenes leaving a trail of damaged children and adults alike in its wake.

Sky News recently conducted an interview with a former child star who was molested by a director. At just 11 years old, Nathan Forrest Winters had the leading role in the 1980’s horror movie, Clownhouse.

Clownhouse was written and directed by Victor Salva who would later admit to and get convicted of molesting Winters.

“Some of the cast and crew came to my mum and said ‘Nathan and Victor’s interaction on set is not ok, there’s something going on’,” Winters, 39, told Sky News.

According to Winters, Nathan had been grooming him since he was just six-years-old.

He said: “His grooming process was developing my love and trust. Developing my parents’ trust.

“Essentially he became a close friend of the family and it turned from ‘How about I take Nathan for a few hours tonight, give you guys a break’ into full weekends at his house.”

Winters said Salva invited him to stay at his apartment, where they watched Disney’s The Jungle Book together, according to Sky News.

“He started talking about Mowgli’s loin cloth so that he could make me one,” he said.

“He got two bandanas and tied them together and made this loin cloth and as he’s tying them, he’s fondling me. And that’s my first memory of when the abuse started.

“It progressed over the next five years… For him, everything was sexual. He videotaped all of it, it was full-blown.”

When Winters finally got enough courage to expose Salva, Salve was convicted and sentenced to a mere three years in prison—of which, he only served less than half.

Winters noted how Salva had people intimidate and stalk his family after he outed him.

“He had a nice expensive lawyer… There were people watching us. I think there’s no other intent than to make us aware that we were being watched, to intimidate us and scare us off,” he said.

To highlight just how sick and depraved many of those in this industry are, shortly after Walt Disney Company bought Bob and Harvey Weinstein’s company in 1993, Disney hired the convicted child molester—to direct the film Powder—that he had written in prison.

In fact, in spite of the controversy, Salva has gone on to write and direct many more Hollywood movies since Powder, including the horror series Jeepers Creepers, which releases its third sequel this year.

As for those who expose their abusers, they are cast out of Tinseltown, blackballed, and silenced. As Winters explains, “I was basically blackballed for telling the truth. He’s been coddled completely, big names in Hollywood have been backing him throughout the entire process. Seems like there’s an exclusive club and Victor’s part of that club.”

While this fight is an uphill battle, in just the last month, we’ve shown what pushing this issue into the spotlight can do. From Kevin Spacey to Harvey Weinstein to Jon Grissom—the alleged sexual predators are scattering like roaches.

Please share this article with your friends and family so that they may see the dark nature of Hollywood’s elite and we can continue to force the mainstream media to cover it and expose these monsters.