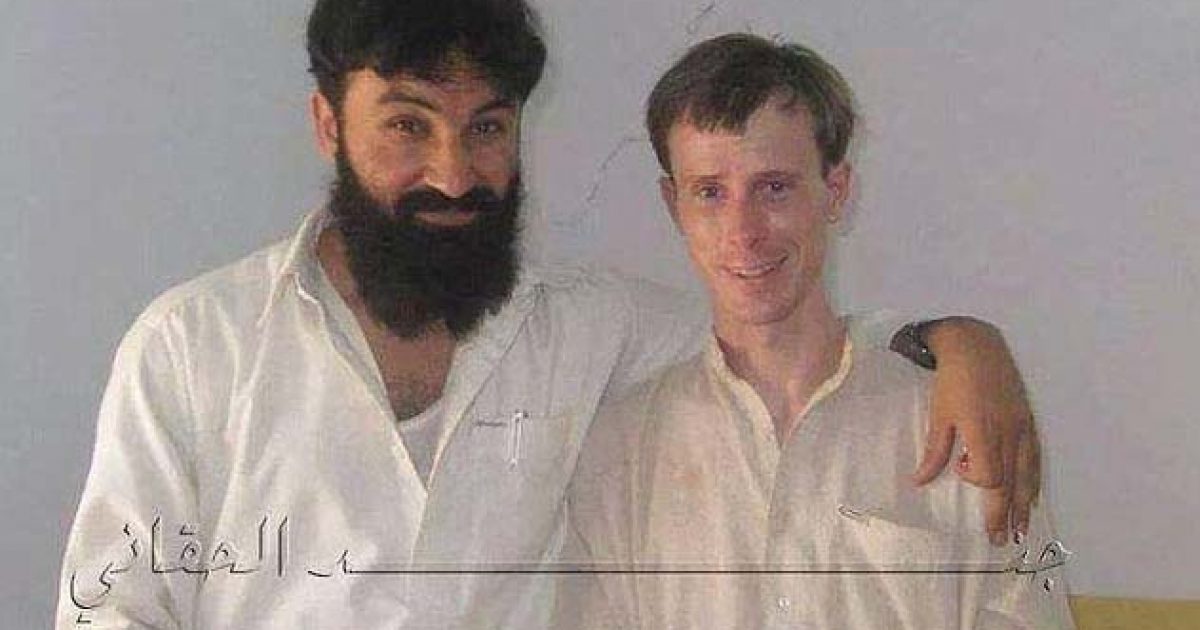 Editor’s Note:  This is shameful and an injustice to the lives lost searching for him and those forever marred by that search!  Shame on the military court in their unjust sentencing.  He should have been executed.

This is a travesty of justice. Bowe Bergdahl should be tried for treason. Instead, he is walking free with no consequences for his desertion, and none for his treason.

Former infantry officer Nathan Bradley Bethea, who served with Bergdahl in Afghanistan, wrote in the Daily Beast that Bergdahl was “a deserter, and soldiers from his own unit died trying to track him down.”

Refuting reports that Bergdahl got separated from his unit while on patrol, Bethea declared: “Make no mistake: Bergdahl did not ‘lag behind on a patrol,’ as was cited in news reports at the time. There was no patrol that night. Bergdahl was relieved from guard duty, and instead of going to sleep, he fled the outpost on foot. He deserted. I’ve talked to members of Bergdahl’s platoon—including the last Americans to see him before his capture. I’ve reviewed the relevant documents. That’s what happened.”

Bethea’s account is in full accord with the Taliban’s 2010 claim that Bergdahl had converted to Islam and was teaching bomb-making to its jihadists.

There is no reason to take anything that Taliban spokesmen say at face value, but secret documents revealed in June 2014 corroborate the claim.

According to one of these documents, dated August 23, 2012, “conditions for Bergdahl have greatly relaxed since the time of the escape.

Bergdahl has converted to Islam and now describes himself as a mujahid. Bergdahl enjoys a modicum of freedom, and engages in target practice with the local mujahedeen, firing AK47s. Bergdahl is even allowed to carry a loaded gun on occasion.

Bergdahl plays soccer with his guards and bounds around the pitch like a mad man.

He appears to be well and happy, and has a noticeable habit of laughing frequently and saying ‘Salaam’ repeatedly.”

Fox News reported in June 2014 that Bergdahl — “both in his final stretch of active duty in Afghanistan and then, too, during his time when he lived among the Taliban — has been thoroughly investigated by the U.S. intelligence community and is the subject of ‘a major classified file.’

In conveying as much, the Defense Department source confirmed to Fox News that many within the intelligence community harbor serious outstanding concerns not only that Bergdahl may have been a deserter but that he may have been an active collaborator with the enemy.”

Former Army Sgt. Evan Buetow, who served with Bergdahl and was present the night he disappeared, recounted that days after Bergdahl vanished from the U.S. base, there were reports that he was in a nearby village looking for someone who spoke English, so that he could establish communications with the Taliban.

They were getting perfect hits every time.

Bergdahl knew where the trucks would be going and when; said Buetow: “We were incredibly worried” that the Taliban’s “prisoner of war” was passing this information on to his captors in order to help them place their bombs most effectively.

Fox News also reported that according to “sources who had debriefed two former members of Bergdahl’s unit,” the deserter “left behind a note the night he left base in which he expressed disillusionment with the Army and being an American and suggested that he wanted to renounce his American citizenship and go find the Taliban.” According to Colonel David Hunt, Bergdahl even “called his unit the day after he deserted to tell his unit he deserted.”

Barack Obama must have known all or some of this, or should have known it, when he announced the exchange of five battle-hardened Taliban leaders for Bergdahl.

FORT BRAGG, N.C. — Sgt. Bowe Bergdahl, who in 2009 walked off a U.S. military outpost in eastern Afghanistan and spent the next five years in enemy captivity, was sentenced Friday to a dishonorable discharge from the Army but will avoid prison time.

Bergdahl, 31, pleaded guilty in October to charges of desertion and misbehavior before the enemy and had faced a maximum life sentence. He appeared shaken before the judge, Army Col. Jeffery R. Nance, read his sentence, clenching his jaw as he’d done throughout the proceedings.

It’s unclear how Nance arrived at his decision. The judge made no remarks after making the announcement and promptly left the courtroom.

Bergdahl’s case sparked ferocious debate over his actions and the controversial prisoner exchange that led to his release in 2014, challenging the military’s bedrock principle of never leaving a soldier behind. It was also overshadowed by President Trump’s accusation that Bergdahl is a traitor.

Bergdahl will lose all benefits, including medical care, afforded to military veterans and pay a fine of $1,000 a month for the next 10 months. His rank will be reduced to from sergeant to private.

Gen. Robert Abrams, who convened Bergdahl’s court-martial as commander of Army Forces Command, will review the sentence and could potentially reduce, but not increase, the punishment.

The sentence closes a major chapter in what’s become an eight-year odyssey. Bergdahl, the sole U.S. service member to be captured in Afghanistan, became a political lightning rod across two administrations. The episode drew in Trump and former President Barack Obama, who was roundly criticized for holding a Rose Garden ceremony to celebrate Bergdahl’s return even as details of the soldier’s voluntary abandonment had begun to circulate.

Trump said on the campaign trail Bergdahl was a “dirty, rotten traitor” who should be executed. Bergdahl’s sentencing hearing began Oct. 23 with a motion from Bergdahl’s attorneys to dismiss the case on grounds Trump improperly used his position as commander in chief to interfere in the process. Trump recently referred back to his inflammatory statements made during the presidential campaign. Nance denied the motion, though, saying he felt no pressure to deliver a harsh sentence.

Bergdahl walked away from his combat outpost just before midnight June 29, 2009, in what an Army investigation determined was an attempt to cause a crisis and draw attention to concerns that Bergdahl had about his leaders.

While Bergdahl and his lawyers have said it was a decision he later regretted, prosecutor Maj. Justin Oshana said Thursday that “it wasn’t a mistake, it was a crime.”…