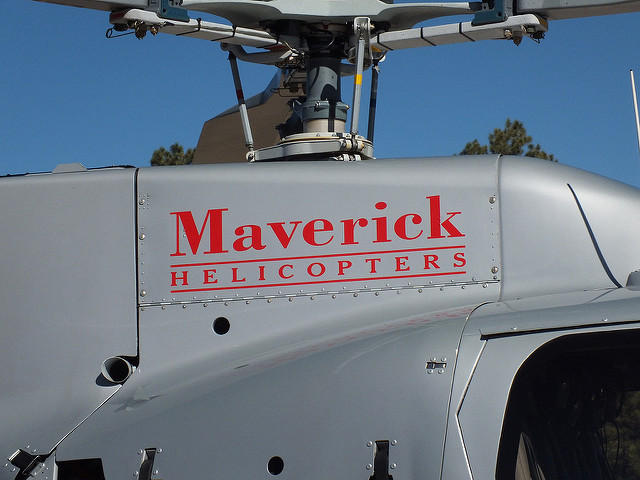 (INTELLIHUB) — On Dec. 4, 2001, Russian officials detained four members of a Las Vegas-based charter crew who had traveled from the United States to a remote region in Russia to acquire several helicopters for the C.I.A. to use in clandestine operations.

The details of the covert operation were first reported by Sharon Weinberger in Aug. 2009 when she explained how a “privately owned Boeing 737 had left Biggs Army Airfield in Texas, carrying the crew and 16 Americans” who were at the time “traveling on tourist visas.”

The plane was “a luxury aircraft outfitted with wood paneling and a three-hole putting green, had been chartered by a small company from Enterprise, Alabama, called Maverick Aviation.”

What the plane and its passengers were really doing in Russia in the middle of winter is only hinted at in an appeal filed by two federal prisoners this year [2009]. But interviews with those involved in the case reveal a secretive, and sometimes comical, mission to strike back at the Taliban after 9/11 — a rare glimpse into the CIA’s efforts in Afghanistan.

According to unclassified court documents, the group was traveling to a helicopter plant in Siberia, where Maverick Aviation, which was experienced in acquiring Russian aircraft for the US military, was planning to buy two helicopters for a “customer.”

Not mentioned: That “customer” was the Central Intelligence Agency.

The CIA needed Russian helicopters because of its clandestine operations in Afghanistan. On Sept. 24, 2001, a Russian-made helicopter loaded with $10 million in cash carried a small CIA team into Afghanistan’s Panjshir Valley. Code-named “Jawbreaker,” the mission was to cement support among tribal leaders and pave the way for US military operations. It was the first entry of Americans into Afghanistan after the terrorist attacks of Sept. 11.

The aging helicopter, an Mi-17, was the team’s only way of getting in or out of the country. Though hardly state-of-the-art, the Russian helicopter had a distinct advantage for the CIA: it allowed the agency to operate relatively unnoticed in an area where Russian equipment left over from the Soviet occupation was commonplace.

There was only one problem: The CIA owned only one Russian helicopter. It needed more, but a clandestine American agency couldn’t exactly pick up the phone and call a Russian factory. So it turned to Jeffrey Stayton, then the chief of the Aviation Division at the US Army Test and Evaluation Command and an expert in Russian copters.

Stayton’s plan was to find a private American company to buy the helicopters, send a team of people over to pick them up from a plant in Siberia, modify them to CIA standards, and then get them to Uzbekistan, a staging ground for CIA operations into Afghanistan. And they would do it all within a matter of weeks.

Eventually, the team included William “Curt” Childree, whose company, Maverick Aviation, won the contract to buy the helicopters and organize logistics; Army personnel and contractors from El Paso with experience modifying Russian aircraft for use by the US military; and then “six guys from the customer’s office,” as Stayton put it (a CIA team that included special operations personnel).

Without a shadow of a doubt, Weinstein’s report goes on to prove that the Alabama-based company was indeed working on multi-million dollar deals with the CIA.

Now, eight-years later in 2017, Weinberger’s information  could help to unlock some of the strange mysteries surrounding the Oct. 1 shooting in at the Route 91 Harvest Music Festival.

So how might all of this tie in to the Oct. 1 Las Vegas shooting?

Maverick Aviation Group recently became the center of attention on the Innerweb after Shepard Ambellas’s flight data analysis theory revealed that three “Mustang Leasing LLC” Airbus EC-130 helicopters transponders may have been shut off after the three aircraft came to a hover on the west side of Mandalay Bay, just south of the Delano Hotel, around 9:41 p.m. on the night of Oct. 1.

Greg Rochna is a 68-year-old Army veteran who flew helicopters in Vietnam. He owns a reported 47 Airbus EC-130 helicopters and a $5 million dollar terminal in Las Vegas that houses “Maverick Helicopters,” one of Rochna’s companies which charters helicopters to tourists with deep pockets.

According to Vegas Inc, Rochna’s choppers are not stock by any means.

There are plenty of cheaper options when it comes to helicopters, but the Rochnas chose to invest more than $85 million over the past 20 years in quiet-technology helicopters.

The choppers seat seven and have wrap-around windows for maximum external visibility during flights.

After each helicopter is purchased, Rochna said, Maverick puts in $500,000 in upgrades before it leaves the ground.

Additionally, Rochna’s background history shows that he has previously resided at “112 Red Wing Dr., Enterprise, AL 36330.” What would be the chances? I ask again. This is the very same city that the “Maverick Aviation” owned by Curtis Childree is based out of. The same “Maverick Aviation” that was sent to acquire Russian helicopters for the CIA to use in Afghanistan. Although the correlation is nothing concrete, it is interesting to say the least and will likely tantalize the minds of conspiracy theorists for years to come.

To top it all off with a caveat, a Google search of “112 Red Wing Dr.” reveals a website associated with the residence which is linked to a man by the name of “Jim Owens.”

His website “JarHeadTop.com” is “dedicated to the high-powered shooting enthusiast, providing articles, tips, products and instructional material for both the beginner and veteran shooter.” Isn’t that nifty?

For shooters who want to INCREASE THEIR SCORES INSTANTLY, read the first four chapters of my book, “Sight Alignment, Trigger Control and the Big Lie”. You will learn the proper techniques in breathing, natural point of aim, sight alignment, sight picture, focus, trigger control and a lot more. If you know a new shooter, do them a favor and send them here. In addition, I am making chapters 4 and 7 of my book “Care, Cleaning & Sportsmanship” available for your review. Chapter 4 is about Moly Coating and Chapter 7 talks about sportsmanship.