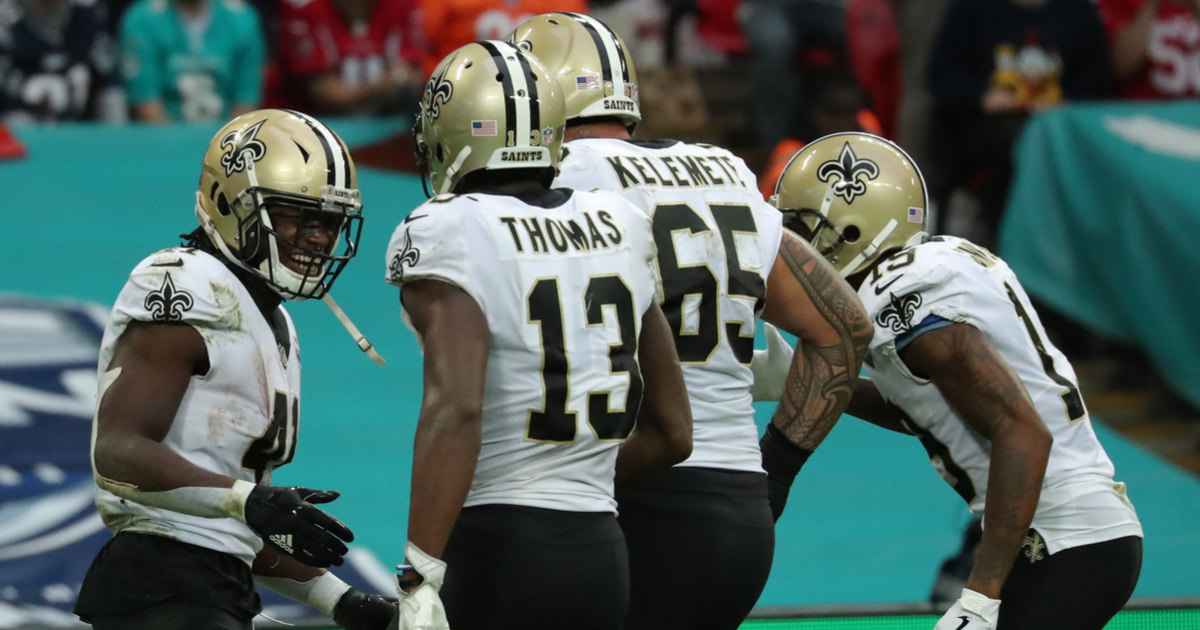 How’s this for awesome?  A real American hero, Retired Navy Cmdr. John Wells, who is also executive director of the Military Veterans Advocacy based in Louisiana, was chosen by the New Orleans Saints to receive its Peoples Health Champion Award for highlighting the “health and well-being of our military, veterans and their families.”

It’s an honor to be recognized for the good work one is doing in their community to make a difference in the lives of their neighbors, but it matters “who” is bestowing the honor.

Which is exactly what Commander Wells told the Saints when he refused to accept their award.

“Although I am touched and honored to be selected for such an award, the ongoing controversy with NFL players’ disrespect for the national flag forces me to decline to participate in the presentation,” he said. “I am unable, in good conscience, to enter an NFL stadium while this discourtesy prevails. Since this award is tainted with the dishonorable actions of the NFL and its players, I cannot accept it.”

What a spectacular response.

Over the last two years, many of the New Orleans Saints players have been involved in protests against the National Anthem, the police, the President, and anyone else they deem worthy of their spite.

Now, the entire league is suffering under collapsing TV ratings as they play inside of mostly empty stadiums and they are beginning to realize that they could be hurting their own bottom line.

So they find a worthwhile veteran and attempt to use him as a prop in their public relations battle to improve their image.

What did the Saints do when he refused? Did they display any class or understanding?

In fact, the Saints disrespectful response to Commander Wells proves that the entire event was simply a PR “stunt” attempting to win back a few of their lost fans.

Here’s what some classless twit in the Saints front office responded with:

How ironic and infuriating is that?

The Saints blaming Wells for “sad and divisive discourse”?

The Saints chose to protest during our national anthem, but Wells is the one being divisive?

Wells focuses his life’s work on advocating for veterans in Louisiana, but the Saints are pretending that they’re the ones who truly support our military and our veterans?

It’s unconscionable and I hope the Saints continue to lose profits and games as this season drags on.

Meanwhile, if you want to support Mr. Wells and his efforts to help Louisiana’s Veteran community please click here to learn more about his organization and how you can help.