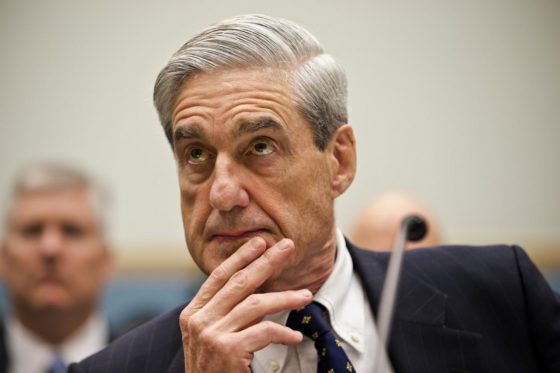 Florida Republican Representative Matt Gaetz introduced a resolution Friday that called for former FBI Director Robert Mueller to step down as special counsel for the “Russia investigation” due to the fact that he was directly involved with covering up Russia’s “significant and illegal” involvement with American uranium companies.

That’s right, the man whose supposed job is to find out whether or not the Trump campaign colluded with Russia was actually the head of the FBI when they covered up the fact that the country was “corrupting” American uranium companies while also purposefully stopping a key witness from contacting Congress about said corruption.

In other words, Mueller is a deep state operative who is literally guilty of what he claims to be investigating President Trump for and should immediately resign as there is absolutely no chance whatsoever that his investigation is or will be unbiased. (The man is close personal friends with James Comey for crying out loud!)

A statement by Gaetz was included in the introduction of the resolution and noted that new evidence (the very same evidence that outlets such as MSNBC have implied was criminal to even talk about) has emerged that proves that the Mueller run FBI withheld key information from Congress in what amounts to covering up for the Russians.

“Although federal agents possessed this information in 2010, the Department of Justice continued investigating this ‘matter’ for over four years. The FBI, led at the time by Robert Mueller, required the confidential witness to sign a non-disclosure agreement,” Gaetz declared.

“When the witness attempted to contact Congress and federal courts about the bribery and corruption he saw, he was threatened with legal action. By silencing him, Obama’s Justice Department and Mueller’s FBI knowingly kept Congress in the dark about Russia’s significant and illegal involvement with American uranium companies.”

“These deeply troubling events took place when Mr. Mueller was the Director of the FBI. As such, his impartiality is hopelessly compromised. He must step down immediately,” Gaetz continued.

As Breitbart noted, allegations against Mueller are not simply “right wing conspiracies” like the vast majority of the liberal media has tried to convince the American people but rather come from multiple in-depth investigative reports, including one from the mainstream news outlet The Hill.

Last month, The Hill brought to light new revelations on an FBI investigation into a Russian kickback and bribery scheme in the U.S. The outlet reported that the FBI began their investigation in 2009 and had gathered evidence of the widespread scheme.

The investigation, which centered around a Russian nuclear energy firm, was not revealed to members of Congress, even as the Obama administration approved a deal in 2010 that would allow that firm’s parent company to purchase one-fifth of the U.S.’s uranium assets.

Then-Secretary of State Hillary Clinton sat on a nine-member committee reviewing the deal, and during its approval, Bill Clinton received a $500,000 speaking fee from Russian investors, met with Russian officials, and the Clinton Foundation received millions. Clinton aides deny any connection.

Keep in mind that Mueller has so far failed spectacularly in doing what he was supposedly hired to do – to charge anyone who may have colluded with the Russians in an attempt to alter the 2016 elections. This obvious deep state operative has instead laughably charged two Trump associates with crimes committed literally years before Trump even considered running for president. ‘

Clearly it is time for Robert Mueller to step down or be fired by the president. If neither of these two options happen, you can almost guarantee that Mueller is going to continue his literal crusade against the man who was rightfully elected president until he eventually charges someone close to Trump with a crime from years past and in turn gets them to lie about the the president.

This is the Mueller endgame and it will happen unless he is stopped.

America did not elect Robert Mueller to be our mailman, much less have more power than the president.