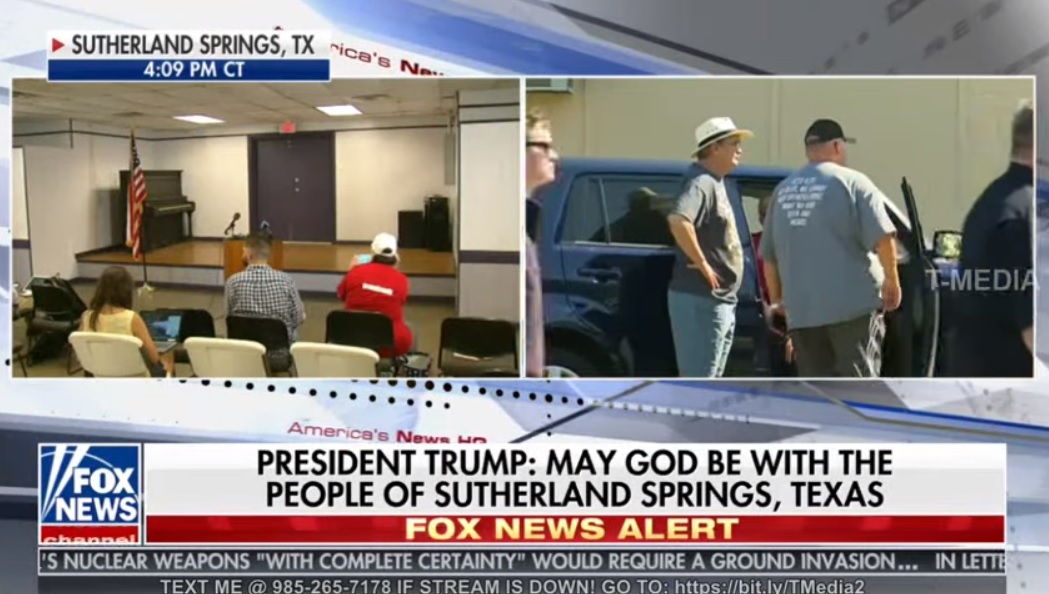 (Natural News) As we learn more about the shooting tragedy in Sutherland Springs, Texas, we must all remember that the mainstream media very quickly moves to conceal facts that they don’t like. The “narrative” of this shooting, in other words, will be very tightly controlled by the media (and the police, in many cases) in order to present a distorted story to the public in order to achieve a desired political goal (such as gun control or blaming veterans with PTSD).

We’ve seen this, obviously, in the aftermath of the Las Vegas shooting, where police and the FBI repeatedly lied to the public about what really happened, then confiscated all photos and videos of the scene while scripting the public interviews of key witnesses (such as the security guard). In every such shooting event, the first priority of the media seems to be to control the narrative for political gain.

That’s why it’s crucial for intelligent people like us to ask these key questions about what’s really happening. Below, I present a list of 10 crucial questions we should all ask as we watch the fake news media try to spin this event into a political narrative:

#1) Was there more than one shooter? As we’ve seen with the Las Vegas Mandalay Bay shooting, the existence of a second shooter is almost always covered up by the media and the FBI. The left-wing media almost universally tries to push the “lone gunman” theory in these shootings so that they can ignore the existence of organized terror cells. Although this particular shooting may indeed have been an actual lone gunman, you should always be highly suspicious of this explanation.

#2) Was it a false flag event? Was the shooter someone who was drugged, hypnotized and trained to carry out this act without the full consciousness of what he was actually doing? The Obama administration, in particular, ran numerous false flag shootings during his eight years in office. In the interests of pushing gun control, such events might still be running.

#4) Were Obama administration leftovers involved in planning and carrying out this shooting? Never forget that Obama conspired with Eric Holder to run Operation Fast & Furious which deliberately sought to increase gun violence across America’s southern states by putting guns into the hands of Mexican drug cartels.

#5) Did the shooter shout anything before opening fire or while shooting? Many ISIS terrorists scream, “Allahu Akbar.” However, in this case so far, there is not yet any indication that this involves an ISIS terrorist, although such links might still emerge. Notably, today is the 8th anniversary of the terrorist shooting at Ft. Hood. Is there a link?

#6) Was there a political motivation to target Christians or conservatives? Yesterday, the nationwide Antifa protests turned out to be a total dud. It’s not impossible to imagine a disgruntled Antifa terrorist seeking to murder a group of people that they perceive to be conservative Christians living in rural Texas. Again, we don’t know the facts surrounding this shooting yet, but such a scenario isn’t out of the realm of probability. Many people believe the Las Vegas shooting was carried out specifically to target country music fans, for example. And keep in mind that Christians are being slaughtered across the Middle East and around the world, due to the evil actions of anti-Christian terrorists and zealots.

#9) What made this shooter so angry in the first place? What were his motivations? How does someone absorb so much anger and evil that he would target a congregation of churchgoers to try to murder as many people as possible?

#10) Was this related to Antifa and the Left’s ongoing war against churches, Christians and Texans in particular? This may not be the ultimate explanation, but given the vile, relentless attacks on Christianity being waged across the left-wing media, this motivation would not be at all surprising.

Join us in offering prayers to all those impacted by this senseless act of intense evil and violence. Stay tuned to this website for timely updates as the facts surrounding this tragedy unfold.