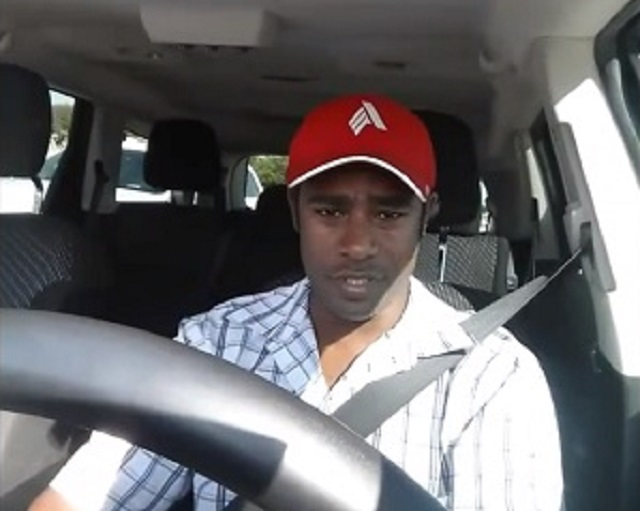 Was this man a winner of Chuck Schumer’s “Diversity Visa Lottery“?

The Secret Service on Monday arrested a Dallas man who allegedly traveled to Washington after threatening to kill “all white police” stationed at the White House.

The protective personnel were warned “to be on the lookout for Michael Arega, who reportedly traveled to Washington D.C. for the purpose of killing ‘all white police’ at the White House,” the Secret Service said in a statement.

A few hours later, Secret Service officers arrested Arega, after he was spotted “on the north side of Pennsylvania Avenue near Lafayette Park,” according to the statement, which noted he was arrested “without incident.” One hour after the above threats, he shared this picture from “Unapologetically Black” showing he’s a fan of the murderous dictators Robert Mugabe and Fidel Castro: He made it to the White House: It’s obvious from his Facebook page he’s an immigrant from Ethiopia. Odds are he got here through the Diversity Visa Lottery. You can see from his videos page he can barely speak English. As is to be expected, it appears he brought his entire extended family with him through family reunification. The media is universally ignoring his immigration status, even though it can be found through a simply glance over his Facebook page.

The fake news is instead choosing to describe him as a “Dallas man” or a “Texas man.”