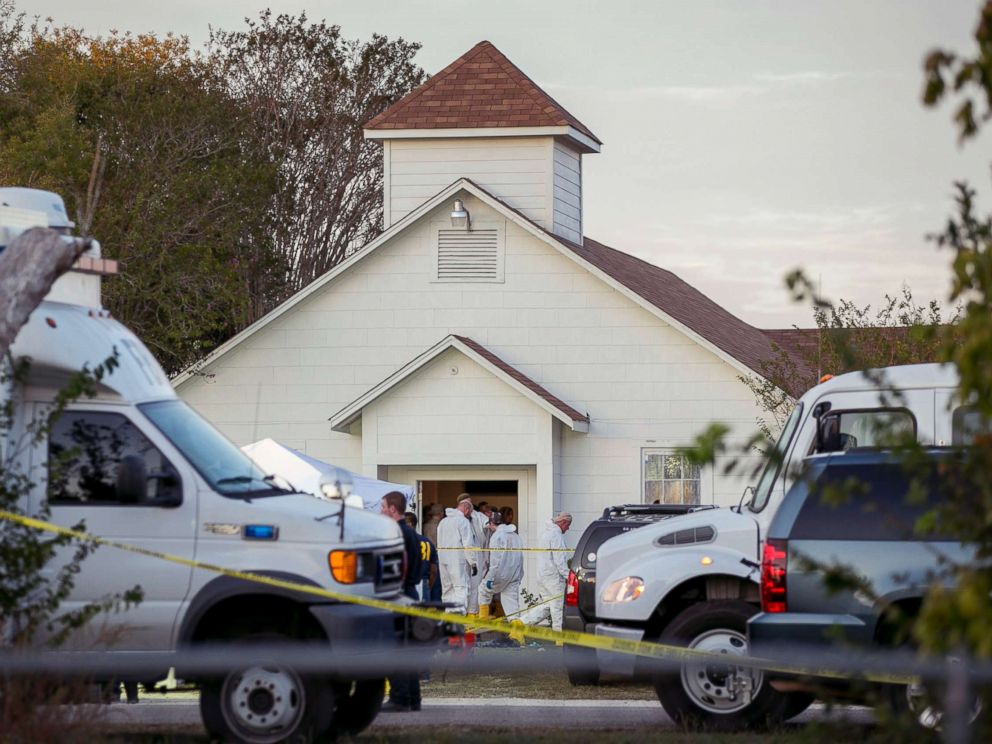 By now, everyone has heard about the horrific shooting yesterday in Sutherland Springs, Texas, in which a man dressed in tactical gear entered the First Baptist Church and opened fire. 26 people were killed and 20 others were injured.

Of course, the tears were still wet on people’s cheeks when the anti-gun folks began screaming for gun control. Chelsea Handler, struggling to be relevant, made this ignorant Tweet: If the pro-gun control people want to blame someone besides the man in there pulling the trigger, the man who illegally got a weapon, maybe they should look in the mirror. Maybe they should consider their own complicity in making guns more difficult for law-abiding citizens to carry. Maybe they should look at their part in this war on guns and gun owners. Perhaps their derision played a part in seeing to it that no one in that church had the means to stop that killer.

If these folks had their way, none of us would be allowed to be armed…except, of course, the criminals who wouldn’t follow the laws anyway. The New York Times published an op-ed solemnly titled, “It’s Not Too Soon to Debate Gun Control” immediately on the heels of the shooting. Okay. If that’s what you want, then here’s my side of the debate. And it’s based on facts, not on emotional rhetoric.

Let’s be honest. The person to blame for this tragedy was the shooter.

It’s essential to note that the shooter was dishonorably discharged from the Air Force for assaulting his wife and child, and due to this, it is illegal for him to have a gun.

Huh. What a shock. A criminal who broke the law (by lying on his background check) and got a gun.

Let me just emphasize that the shooter circumvented our existing gun laws and got a gun anyway.

Because people who are going to commit a crime like shooting 46 people do not worry about silly things like lying on a background check.

What the gun-control people are missing is that it was a neighbor with a gun who ended this cowardly attack on unarmed churchgoers. This is the part of the story that gun control advocates don’t want you to hear. It’s the part that they conveniently ignore while screaming that guns are the problem.

If it hadn’t been for two brave men and judicious marksmanship, Kelley’s killing spree could have continued. There could be more dead bodies in Sutherland Springs, Texas this morning.

Because the police didn’t show up until this situation was long over.

Here’s the part of the story we SHOULD be talking about.

According to the Texas Department of Public Safety, church neighbor Stephen Willeford “grabbed his rifle and engaged the suspect.” Willeford was alerted by his daughter, who called him and said that a man in body armor was shooting people in the church.

He grabbed his gun and bravely headed down to confront the killer.

The local said that while Willeford has no military experience, he is an excellent shot, and when he came face to face with Kelley, he didn’t hesitate; he shot in between Kelley’s body armor, hitting him in his side.

The 26-year-old had dropped his Ruger assault rifle and climbed in an SUV to flee the scene.

He said that Kelley had taken a hostage in the passenger seat as he fled. (source)

What would have happened if Willeford hadn’t taken action?

Authorities said the armed neighbor may have saved countless lives by opening fire on Kelley and forcing him to flee the First Baptist Church in Sutherland Springs during his 11:30 a.m. massacre. (source)

Another report said that Kelley had “several guns” in his SUV. What was Kelley planning to do once he left the church? We’ll never know because of two brave men.

The story didn’t end there in the church parking lot, though.

Another local resident, Johnnie Langendorff, happened to drive through the intersection when Willeford and Kelley were exchanging gunfire. He picked Willeford up, and the two men pursued the shooter.

“The shooter of the church had taken off, fled in his vehicle, the other gentleman came and said we need to pursue him. And that’s what I did…

He got a little bit of a jump on us. We were doing about 95 (mph) down (Route) 539 going around traffic and everything. Eventually he came to a kind of a slowdown and after that we got within just a few feet of him and then he got off the road.

He just lost control. That is when I put the vehicle in park and I was still on the phone to dispatch (police). The other gentleman jumped out and has his rifle drawn on him. He didn’t move after that.”

Police arrived within five to seven minutes to the location where the shooter stopped. (source)

Let me repeat, it took police FIVE TO SEVEN MINUTES to get to the location where the shooter stopped. This was after the two men had chased him for a distance and after a man engaged the shooter and after he had opened fire on a church.  So we have to be talking about at least 10 minutes. At least. Kelley must have realized there was no escape and shot himself after he ran off the road.

The man who killed at least 26 people in a Baptist church in a rural Texas town on Sunday died of a self-inflicted gunshot wound, Wilson County Sheriff Joe Tackitt told CBS News in an interview on Monday morning….

“There was some gunfire exchanged, I believe, on the roadway also, and then (the shooter’s vehicle) wrecked out,” said Tackitt. “At this time we believe that he had a self-inflicted gunshot wound, after he wrecked out.” (source)

So tell me again about how civilized people should call the police and wait for help. Tell me about how dangerous it is for Americans to have guns and take the responsibility for their own safety.

What if someone in that church had been carrying concealed?

Maybe I wouldn’t be writing about 26 people who were mowed down by a criminal who had a gun illegally. Maybe when Kelley stopped to reload, someone could have stopped him.

Instead, the people in that church were powerless victims.