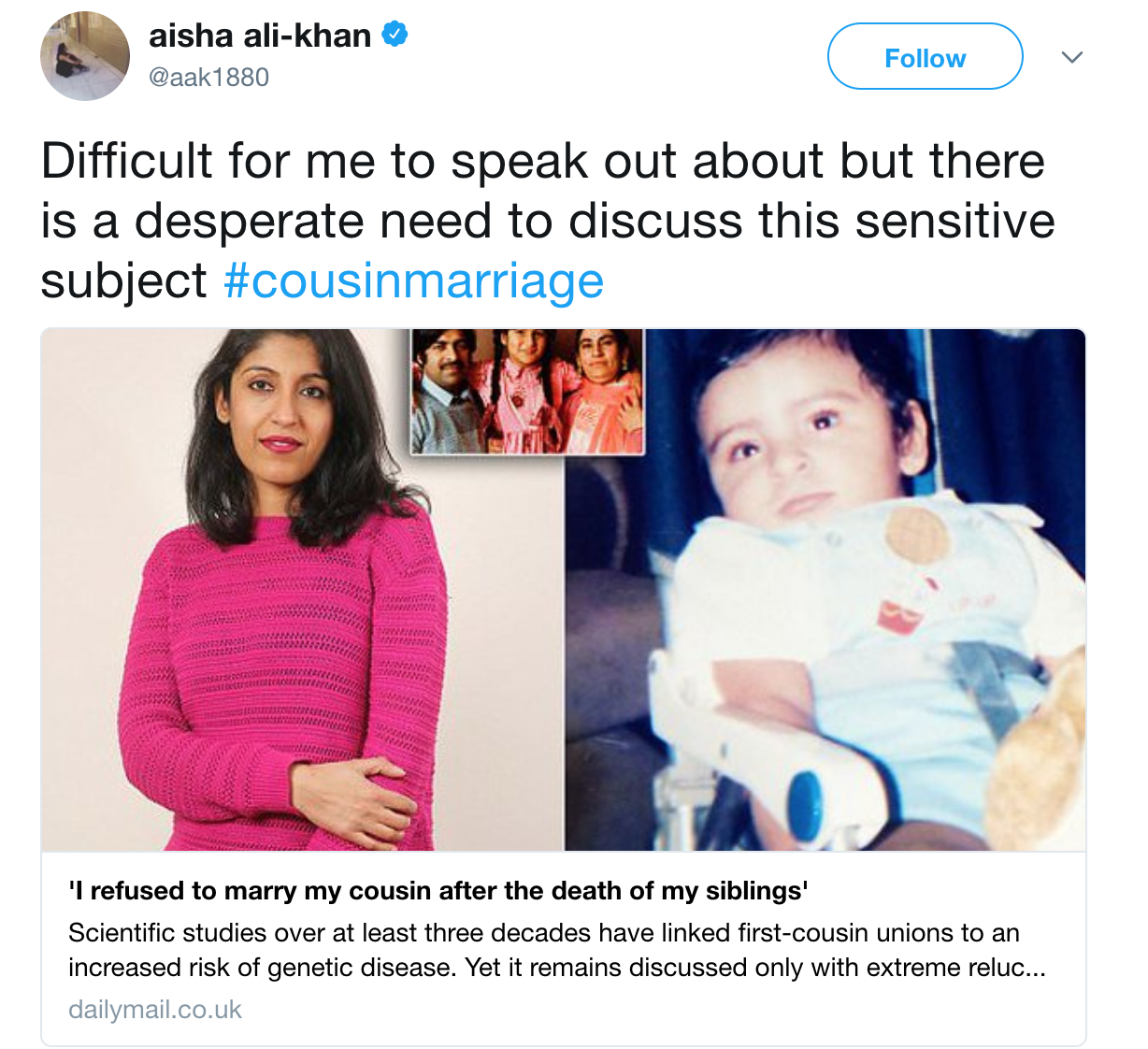 Leftist elites in media and academia insist multiculturalism is the enlightened, progressive and tolerant policy of a modern civilization. Of course, this is absurd, like most of the left’s sophomoric platitudes. What if the culture a civilized society is embracing is savage, racist, misogynistic and supremacist?

Islam allows a man to have four wives, to marry his cousins and nieces, and to marry children.

Inbreeding is also rife – Islam allows cousins to marry each other – at least 55% of UK Pakistan Muslims marry a first cousin (BBC), Within Bradford more than 70% of marriages are between relations with more than half involving first cousins. British Pakistani Muslims account for 3% of UK births but account for 30% of UK birth defects (British Medical Association). Islam also allows “double cousins” – if two brothers marry two sisters, then their offspring can marry. Uncles can marry their nieces. Inbreeding has many effects including lowered IQ. Islam needs to reform.

Percent of all marriages that are consanguine (blood-related), up to;

54% in the United Arab Emirates