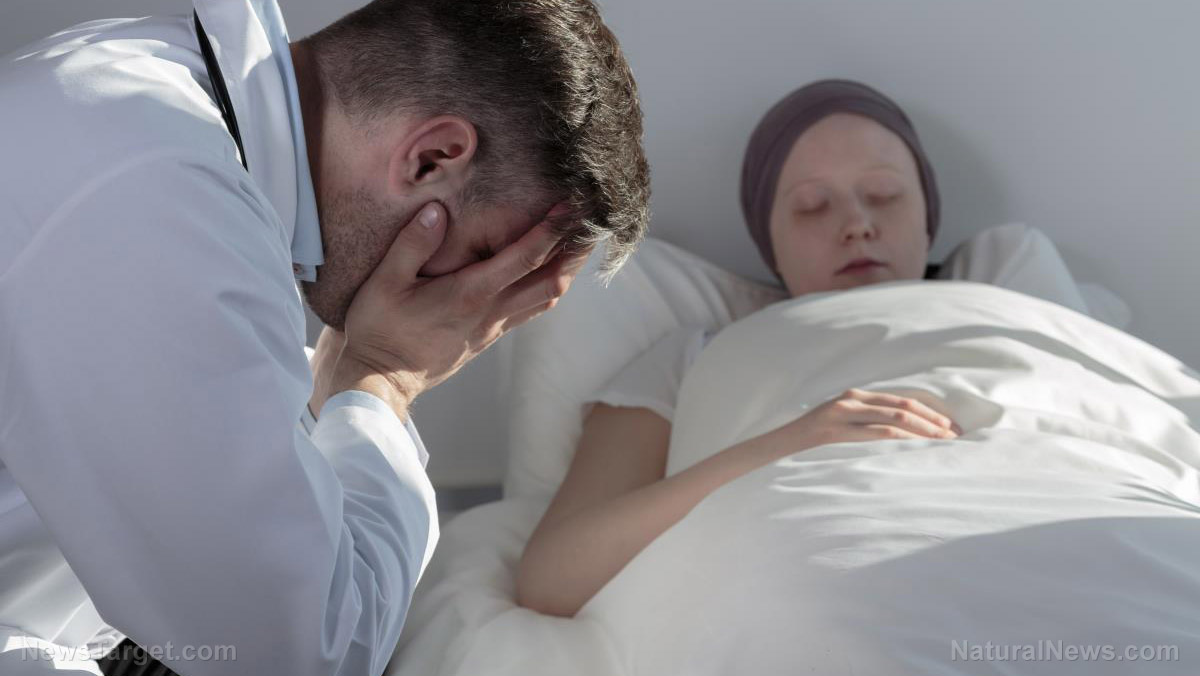 (Natural News) A very rare form of a fatal childhood brain tumor has mysteriously cropped up in a small Mississippi community, afflicting at least three kids since 2009 and puzzling medical investigators who only now think they may have a link.

As reported by the U.K.’s Daily Mail, Sophia Myers, 7, was the latest child diagnosed with diffuse intrinsic pontine glioma, or DIPG, in Ocean Springs, a town of about 18,000 that was affected by both Hurricane Katrina in 2005 and the Deepwater Horizon oil spill in 2010.

Following Sophia’s diagnosis, more and more parents are beginning to question whether the two environmental factors have somehow created the DIPG cluster, a cancer that so far has no known survivors.

Cancer clusters form in areas polluted with toxic chemicals, and all of the children were diagnosed after Hurricane Katrina.

This tumor impacts only 300 to 400 children a year in the United States — making Ocean Springs’ rare surge in cases highly unusual.

Before doctors found her terminal tumor, Sophia began experiencing vomiting her parents could not link to any specific condition as well as a wobbly gait.

“I had a healthy child,” said Angel Myers in an interview with the Mail Online. “We just had everything going right in our lives. Then we woke up one morning and it wasn’t right anymore.”

DIPG kills nine of 10 of its victims within 18 months, experts say. The disease has left Sophia in hospice care following radiation therapy and steroids, which were unable to slow down the growth of the tumor.

Angel Myers said that her daughter was at first told by medical personnel she was experiencing flu-like symptoms. However, a subsequent MRI performed a week after that initial diagnosis displayed a large tumor on her brain stem, making it inoperable. At that point, doctors told her family that she only had about 12 months to live and that the tumor would only continue to spread.

The Daily Mail reports that DIPG is an aggressive cancer that most often forms at the base of the brain, in the glial tissue which functions as support and protection for the brain’s neurons.

There is no known cure for the disease, though, in some instances, radiation therapy is believed to delay spread of the tumor for about six-to-nine months.

Sophia’s mother said the family made the decision to not tell her that she had cancer and was terminal.

“We made an informed decision to not call it cancer,” she said. “We call it ‘stupid tumor.’”

Angel said she made the decision to withhold the real story from her daughter after she consulted with doctors and medical staff including therapists.

Treatment with radiation did not stop the spread of the tumor, and the steroids — which were given to her in an attempt to reduce swelling of her brain — had an adverse effect on her body, causing her face to swell.

“I hate the steroids,” said Angel. “They are a necessary evil, but they’re awful. They change everything about her.

“Sophia is beautiful. But she went from being this dancer and vibrant child to all swollen.”

She’s now bound to a bed and a chair because she can no longer walk or speak. (Related: Childhood cancer treatments cause permanent damage to children’s hearts.)

The first known child in Ocean Springs to be diagnosed with DIPG was another Sophia — Sophia Mohler. Her diagnosis came in 2009 when she, too, was seven years old after her parents noticed some subtle changes in her behavior and health.

Her eyes began to shift so doctors recommended she get corrective glasses. They didn’t help and a subsequent MRI revealed her tumor. She died a year after her diagnosis.

The second case involved Jaxon Schoenberg; he was six when diagnosed, and died a month short of his seventh birthday.

It’s not yet clear what is causing the cluster, but natural disasters like hurricanes are known to impact people long-term with a type of bacteria and various diseases that populate the waters left behind. That means youngsters in Texas, Florida, and Puerto Rico, among other places, could be in danger of seeing these clusters develop in the coming years after the latest deadly storm season.