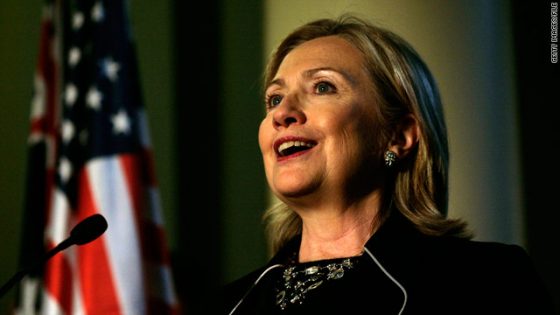 Carlson started off the bombshell segment by noting the interlocking connections that largely bind the national media and the establishment together.

“People say the media are liberal, and obviously they are but that’s not the whole story. More than anything the national media are part of the establishment, they went to the same schools, they share the same values, they are basically the same people,” Carlson rightfully noted. “If you want evidence of this, look no further than the controversy over Donna Brazile’s new book.”

Carlson then revealed that high-level sources had confirmed that CNN itself had issued a directive to their employees regarding Brazile and those employees then took to the airwaves to spew propaganda aimed at saving Hillary Clinton.

“According to highly informed sources we spoke to, highly informed, top management at CNN directed its employees to undermine Brazile’s credibility,” Carlson said.

“Anchors and producers were vocally offended by her attacks on their friends, the Clintons. If you’ve been watching that channel, you may have noticed CNN’s anchors suggesting that Donna Brazile cannot be trusted, precisely because she took part in efforts to break the primaries for Clinton,” he continued.

Carlson isn’t the only one to note the obvious and desperate attempt by many within the establishment to save Hillary Clinton after Brazile’s widely read Politico report.

An article by the openly left-wing reporter Glenn Greenwald highlighted this very fact, listing four different claims spread by the establishment media that were outright lies and or purposeful misdirections. It is important to note that these “journalists” often use Twitter to spread headlines they want to believe are true, regardless of what the actual article really says.

The design of Twitter, where many political journalists spend their time, is in large part responsible for this damage. Its space constraints mean that tweeted headlines or tiny summaries of reporting are often assumed to be true with no critical analysis of their accuracy and are easily spread.

Claims from journalists that people want to believe are shared like wildfire, while less popular subsequent corrections or nuanced debunking are easily ignored. Whatever one’s views are on the actual impact of Twitter Russian bots, surely the propensity of journalistic falsehoods to spread far and wide is at least as significant.

Just in the last week alone, there have been four major factually false claims that have gone viral because journalists on Twitter endorsed and spread them: three about the controversy involving Donna Brazile and the Democratic National Committee, and one about documents and emails published by WikiLeaks during the 2016 campaign. It’s well worth examining them, both to document what the actual truth is, as well as to understand how often and easily this online journalistic misleading occurs.

Greenwald then goes on to specifically list the establishment puppets who are spreading misinformation about Brazile and her claims. All in all, his piece is an important read, especially when you consider the reporting from Carlson above.

The entire controversy surrounding Brazile and the subsequent media reaction just goes to show, once again, that the vast majority of the so-called “mainstream media” are actual establishment Democrats who will bend over backwards to protect one of their leaders, even if that means attacking the credibility of someone they once propped up.