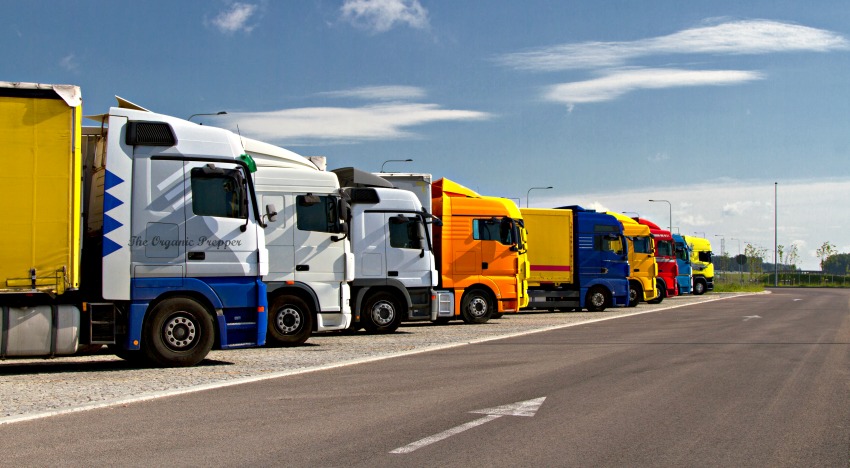 Have you ever thought about how fast things could go sideways in America?  What if we went 5 days without trucks moving supplies across the country? Have you considered how JUST ONE THING could change the world as we know it?

The video below has been around for several years, but if you haven’t seen it in a while, it is worth watching again.

Think for a moment about what would happen if the trucks stopped running. The trucking industry is the lifeblood of this country, and according to this, it would only take 5 days without trucks for all hell to break loose.

In only 5 days without trucks, everything would change.

In only five days, with only one component of our economy missing, we could be without medication, food, gasoline, and sanitation. We would be unable to travel great distances easily, as airports would close.

It’s that easy for all hell to break loose. Five days without the regular delivery of supplies and our country could devolve into chaos. And if it was longer than 5 days without trucks, the initial panic would be a G-rated movie compared to what would come next.

We live in a just-in-time society.

Most retail stores no longer stock up on food but have a “just in time” ordering system that relies on regular shipments.

Just-In-Time (JIT) inventory refers to an inventory management method whereby the goal is to have inventory readily available to meet demand, without having any excess quantities on hand. With this approach, merchants can hold minimal stock supplies while ensuring stock-outs don’t happen during peak selling periods. Balancing the goals of avoiding stock-outs while minimizing inventory costs is at the heart of JIT. (source)

If those shipments aren’t coming in, then the shelves will be bare in very short order. People will see the store getting more empty, and this will compel them to buy everything they can get their hands on until there is truly nothing left.

People live a just-in-time life, too.

Most folks grocery shop once a week, and some hit the store every couple of days. Aside from preppers and people who live by the pantry philosophy, many Americans couldn’t get by for more than a week without a trip to the store. Most folks no longer produce. They just consume. They’d be lost if they were forced to suddenly produce after a lifetime of consumerism.

Imagine if the stores were empty because of a transportation shut-down. What would those biweekly shoppers do? They’d be in really bad shape, that’s what. And that is when desperation would kick in.

We’d see an uptick in crime as people who were desperate to feed their children committed acts they would never have imagined before. We’d see a surge in criminal behavior as others realized that there were no first responders to stop them. It would be the very definition of all hell breaking loose.

The vulnerability and dependency of many Americans is truly astonishing, and most of those people don’t even realize they are at such great risk.

You can prepare for this.

So, think about it. What are the things you personally buy each week? Maybe now is the time to build yourself a shelf-stable stockpile of the important items like milk and eggs. Maybe you need to focus on building your pantry before something happens to make that impossible.

This “one thing” is the transportation industry but there are other “one things” that could cause utter destruction. The vulnerable power grid, a massive cyber-attack that shut down banking…the list of “one things” could go on and on.

Think about how susceptible you are to a shutdown in industry and make an effort to change that. Start growing food. Start stockpiling.  Start producing instead of consuming to insure yourself against this type of disaster.