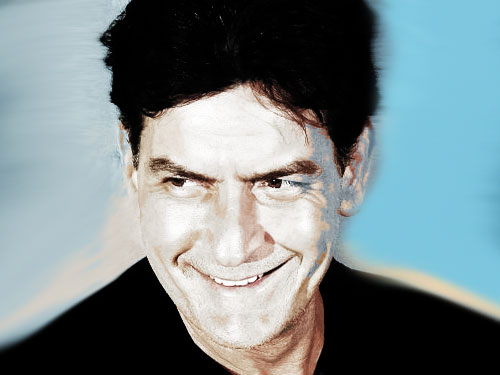 Actor Charlie Sheen has become the latest entertainment industry icon to face allegations of pedophilia amid weeks of shocking revelations that initially started after Harvey Weinstein was outed as a serial harasser and have since spread throughout Hollywood.

According to a report by The National Enquirer, Sheen is a child molester who convinced now deceased actor Corey Haim to have sex with him on the set of the 1986 film “Lucas.”

One of the reports sources, former actor Dominick Brascia, directly claims that Haim told him about his underage sex with Sheen that happened on multiple occasions.

The Enquirer report also claims that the paper has interviewed more than 100 people who have backed up the claims made by Brascia against Sheen, even going as far as to quote a longtime Sheen confidant who confirmed the sex, which would have happened between the then 19-year-old Sheen and 13-year-old Haim.

Brascia is just one of more than 100 people, spread across ten states, contacted by The ENQUIRER as part of its exhaustive probe. His horrid account — after 30-plus years of self-imposed silence — matches those of dozens of other sources who also told The ENQUIRER that Haim named Sheen, now 52 and considered a pariah in Hollywood, as his abuser before he died of pneumonia in 2010.

Brascia’s testimony is specifically backed up by a longtime Sheen confidant, who told The ENQUIRER — on the condition of anonymity for fear of repercussion — the “Platoon” bad boy admitted to a liaison with Haim, but insisted it was consensual.

A third individual — a convicted child sex offender — told The ENQUIRER Haim revealed sordid details about the Sheen incident when they worked together on “Lost Boys.”

“Corey was so confused by the sexual encounter he believed, like so many victims, he was ‘in love’ with his abuser,” a fourth source told the paper.

The claims by Brascia seemingly line up with those made by Haim’s close friend, former child actor Corey Feldman, who wrote in 2013 that, “At some point during the filming Haim explained that an adult male convinced him it was perfectly normal for older men and younger boys in the business to have sexual relations, that it was what all guys do.”

“So they walked off to a secluded area between two trailers during a lunch break for the cast and crew,” Feldman continued. “And Haim, innocent and ambitious as he was, allowed himself to be sodomized.” Although Feldman never actually named Sheen, his account has many believing that he was describing what took place between Sheen and Haim.

Despite not specifically naming him as Haim’s abuser, Feldman has in the past stated his disdain for Sheen. “I’m not a huge fan of Charlie Sheen, especially the way he’s affected other people that I know,” he was quoted as saying.

We are clearly seeing the “House of Cards” that is Hollywood’s elite pedophilia problem begin to crumble.

One has to wonder who will fall next?