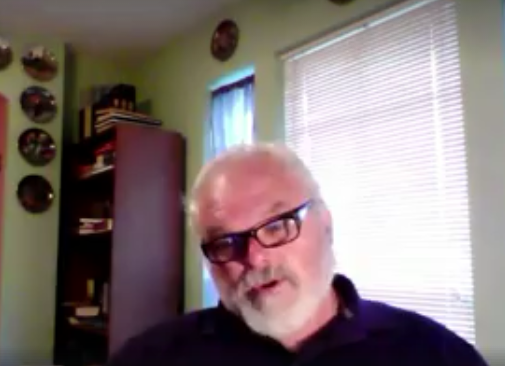 SUTHERLAND SPRINGS (INTELLIHUB) — Stephen Willeford, the man accredited for taking down the mad gunman who shot and killed 26 First Baptist churchgoers attending last Sunday’s mass, describes the moments which led up to his one-on-one encounter with the shooter and the subsequent exchange of gunfire and pursuit that followed on a rare podcast posted to the Steven Crowder Facebook page.

In the podcast, Willeford explains how he was at home relaxing when his daughter alerted him that she had just heard gunfire outside around 11:30 a.m.

Willeford said at first he thought that it was just somebody “tapping on the window” but soon realized that the sounds were indeed actual gunshots. That’s when Willeford said he “ran” to his safe to grab his “AR-15” rifle along with a “box of ammunition” and started loading the rifle.

Moments later, Willeford rushed out the door of his house loaded rifle in-hand and headed toward the church where he and his daughter had heard the gunfire coming from. As he approached his neighbor’s house he could see a ‘grey SUV sitting in the middle of the highway with the engine running’ so he took cover behind the neighbor’s Dodge truck that was parked in the driveway.

According to Willeford, the SUV was parked on the highway with its “driver-side door open.” That’s when Willeford said, “the shooter came from around the front of the vehicle.”

“[…] he has a gun in his hand, and I didn’t know, my daughter said he had an AR-15 but at this time he had a handgun and he had a tactical helmet on like a SWAT team would use with a black visor and a Kevlar vest.”

Willeford maintains that the shooter was just 20-yards away at the time and said that the “Holy Spirit” must have been with him because he “shot between the two Kevlar plates” forcing the gunman to retreat.

Willeford said that he took one last shot at the gunman as he drove away which shattered the vehicle’s rear window.

A few seconds later, Willeford met up with a man in a truck who was a witness to “the exchange of gunfire.” That is when Willeford kindly asked the man if they could pursue the shooter in his pickup truck.

After chasing the gunman in hot pursuit for several miles while on the phone with the authorities the gunman eventually lost control of his vehicle and presumably lost consciousness after bleeding out from a gunshot wound before crashing into a bar ditch.

For the next five to seven minutes, until police arrived and could takeover, Willeford kept his rifle trained on the gunman who was still unresponsive in the vehicle.