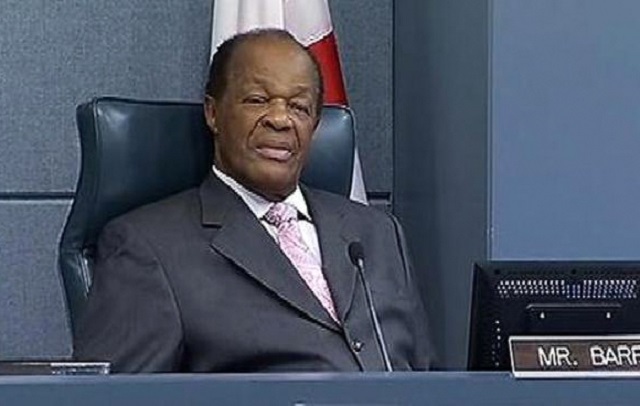 Confederate statues and others honoring our Founders are being taken down all over America, but that doesn’t mean other statues will not be taking their place.

Earlier this year, a statue of Robert E. Lee was taken down in Baltimore. It was replaced with a “lady liberty of black power.” In Washington DC, the city council is working to remove a statue of Albert Pike from Judiciary Square. Here's a preview of the Marion Barry statue that will be outside the John A. Wilson Building on Pennsylvania Ave. It will debut March 6th. pic.twitter.com/N3dgFH9UGN

“I intend to support [Mayor Marion Barry, Jr. Memorial Statue Commemorative Works Approval Resolution 2017]. It is the right thing to do to celebrate the life, accomplishments, and contributions of 'Mayor for Life' Marion S. Barry, Jr.”—Vince Gray pic.twitter.com/PfY5776Yx6

“The D.C. Council on Tuesday preliminarily approved a plan to erect an 8-foot-tall bronze statue outside city hall in Barry’s honor, placing a likeness of the District’s most famous local politician on Pennsylvania Avenue NW, a couple of blocks from the White House and on one of the city’s best-known boulevards,” The Washington Post reports.

You can see other pictures of the planned statue Local radio station WTOP ran a piece last month featuring at WTOP.

“The unveiling is set for March 6, which is Barry’s birthday,” WTOP reports.

Don’t let anyone tell you our civilization is in decline.