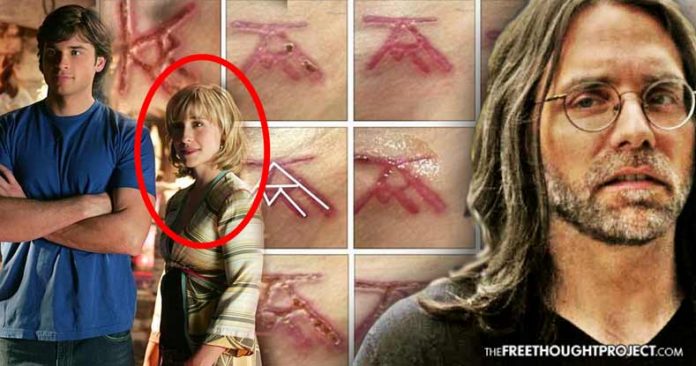 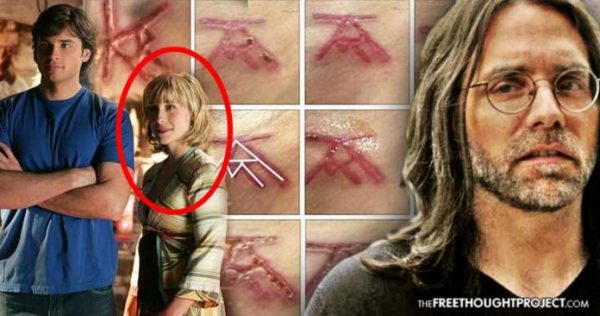 When the reality of a secretive women’s “self-help group” began to come to light last month, there were several questions about why it was reported members of the group were forced to submit nude photos as collateral when they joined or why they were “branded” with the founder’s initials—now, the latest reports claim this group is actually an elite sex slavery cult, and several former members are begging for law enforcement’s help.

You mock, but Keith Raniere’s bio says he has patents pending in human potential, ethics, and expression https://t.co/N6mZso2FeU

The group has attracted around 16,000 members over the last 20 years, and while it labels its courses as ones that are “designed to bring about greater self-fulfillment by eliminating psychological and emotional barriers,” one former member described the horrific, scarring, initiation process.

Sarah Edmondson said she was among five women who were told to undress and lay down on a table where other members restrained their arms and legs. They were instructed to say, “Master, please brand me, it would be an honor,” before a doctor used a cauterizing device to “sear a two-inch-square symbol below each woman’s hip.”

A report from the New York Times claimed that NXIVM Founder Keith Raniere, 57, has been described by former members as “a man who manipulated his adherents, had sex with them and urged women to follow near-starvation diets to achieve the type of physique he found appealing.”

While the report claimed that “several former members have asked state authorities to investigate the group’s practices,” it noted that “officials have declined to pursue action.” In the case of Edmondson, she told the Times that she tried to file a complaint with the New York State Department of Health against Danielle Roberts, a licensed osteopath who performed the branding. However, she was told that the agency would not look into it because Roberts was not “acting as Ms. Edmondson’s doctor when the branding is said to have happened.”

Complaints against Dr. Brandon Porter, a physician who reportedly forced certain NXIVM members to watch violent videos of “four women being murdered and dismembered” were also ignored by state medical regulators who claimed that the allegations against Porter “did not meet the agency’s definition of ‘medical misconduct.’”

The latest attempt at legal support in exposing the group has come from former Dynasty actress Catherine Oxenberg, who met with prosecutors in the office of NY Attorney General Eric Schneiderman and “presented evidence that her daughter India is being blackmailed by a cult leader.”

Oxenberg told the Times in October that she became concerned after she saw that her 26-year-old daughter India was extremely emaciated from dieting, and was suffering from serious health problems.

While the dieting appears to occur until the members meet Raniere’s standards, the nonconsensual branding appears to scar the members for life with a symbol that includes the cult founder’s initials. According to text messages obtained by the Times, Raniere said, “Not initially intended as my initials but they rearranged it slightly for tribute,” and also wrote, “if it were abraham lincolns or bill gates initials no one would care.”

Several former members also told the Times that “Submission and obedience would be used as tools to achieve those goals,” and the group was made up of “circles” led by “masters” who recruited six “slaves,” and then trained the slaves to create circles of their own.

According to a report from The Sun,  former NXIVM spokesperson Frank Parlato revealed that the members are repeatedly beaten, and Raniere has “a harem of women who willingly sleep with him, believing that they will ‘be healed’ by having sex with the 57-year-old — who they apparently call ‘Vanguard.’”

Parlato also claimed that Oxenberg’s daughter is not the only tie to Hollywood. In fact, he said an “Emmy Award-winning actress is a key recruiter for DOS,” a secret society for the highest-ranking members in NXIVM. A report from the Daily Mail identified that actress as Allison Mack, known for her role on Smallville.

As the Mail reports, DOS operates as a master-slave hierarchy, with Raniere at the top and Mack as his immediate subordinate. From there, Mack has several slaves of her own who are then ordered to recruit a group of slaves themselves, and it spreads down from there like a pyramid scheme.

Slaves must immediately answer their masters any time they text or call them, and if they do not recruit enough slaves of their own, they are beaten with a paddle on their buttocks.

While it remains to be seen whether investigators will take Catherine Oxenberg’s claims seriously, and if she will be able to save her daughter from the ruthless cult, one thing is certain—the police have ignored and downplayed the severity of NXIVM’s influence on thousands of vulnerable women across the country.