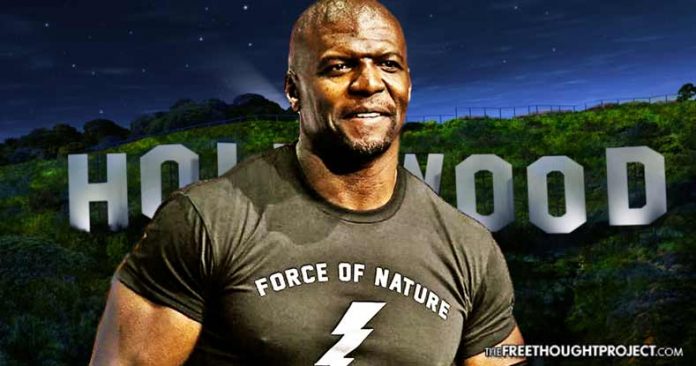 As the Hollywood sexual misconduct scandal continues to deepen, more high profile victims are coming forward with their stories, shedding more light on the type of predatory behavior that goes on behind closed doors in the entertainment industry. Many of these stories have fit the same profile of men in powerful positions preying on women and small children, but according to recent reports, even former NFL linebackers are not safe from the culture of sexual assault in Hollywood.

This week the beloved comedy actor and former NFL linebacker Terry Crews filed a sexual assault claim with the LAPD against a “high-level Hollywood executive” for groping him at an industry party last year. His wife Rebecca has made a statement that she was with Terry during the time of the assault and witnessed the whole thing. While Crews has not named his attacker in public, The Hollywood Reporterrevealed in an investigation that Adam Venit, the head of WME’s motion picture group, a talent agency, was placed on leave from the organization after he was somehow identified as the suspect of the assault.

Crews revealed the details of this assault through Twitter last month in response to the Harvey Weinstein revelations, saying that:

Terry’s statement answers many questions posed by skeptics who question the victims’ stories in these instances. These individuals fear for their careers, they fear for their reputation, and they fear that these powerful predators will be able to avoid punishment while inflicting harm in return.

In the month since since making his initial statement on Twitter, Crews has become a voice for victims of sexual assault, commenting daily about things like “pimp culture” and how people in positions of power use that power for the sake of sexual domination.

Yesterday TMZ published the video below which shows Crews leaving the LAPD station after filing his report. When asked why he was pressing charges, Crews said, “People need to be held accountable.”