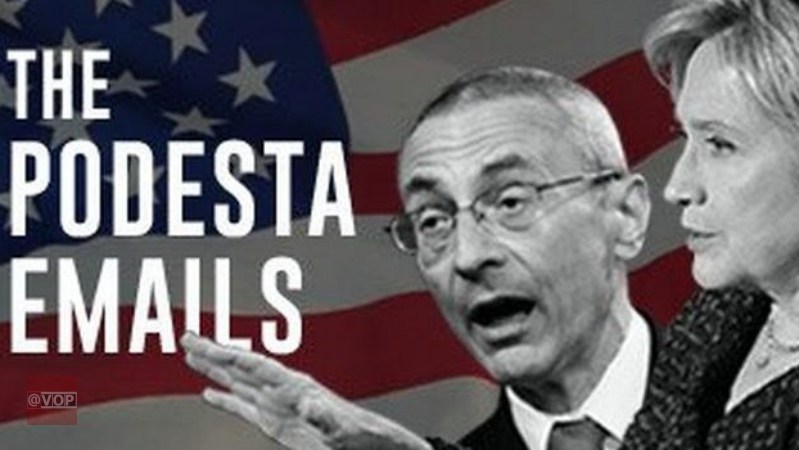 In the pile of emails released by Wikileaks, there was one from American Progress Action to Hillary Clinton campaign manager John Podesta that contained a brief reference to the Bundys.

The email address [email protected] sent Podesta an email on January 11, 2016 with the subject line: And then the Bundys showed up.

The text of the email read as follows:After years of conflict, residents of Harney County, Oregon had finally begun to rebuild ties between ranchers and the federal government. Then the Bundys showed up. And, President Obama is leaving a seat open for shooting victims at tomorrow’s State of the Union address. In case you missed it, gun violence survivors speak out in this powerful video (editor’s note: tissues recommended).Additionally, there was a list of articles linked to Think Progress and at the top of the list was one titled How The Bundy Standoff Could Screw Over Ranchers .The article has been removed and has not been archived.

Keep in mind, this email was sent less than 2 weeks before Oregon State Troopers, alongside the FBI shot and killed LaVoy Finicum, also a rancher who stood alongside the Bundys at Bundy Ranch in Bunkersville in 2014 and at the Malheur Wildlife Refuge in Oregon in late 2015 and 2016.

This may also be insightful since we know from texts and emails that the White House, at the time, was in communication with the Oregon governor and helping to orchestrate the takedown of men who were simply exercising their constitutional rights, even to the point of killing one of them.

I reported on those documents in March 2016:

…Northwest Liberty News radio show, a bombshell from documents Jim White and I obtained indicates that the entire operation of January 26, 2016 goes up not only to Oregon Governor Kate Brown’s office, but even to the White House. Because of the language that was used in the documents by the officers, we speculated along with Red Smith of ShastaLantern.com and Paul Preston of Agenda21radio.com that the White House orchestrated the entire thing and that when it comes to calling the shots, we don’t look to Barack Hussein Obama Soetoro Sobarkah, but rather to Obama’s mama, Valerie Jarrett.

First, let me remind you that there are over 600 emails and texts that indicate the Governor Brown was in the loop on everything that was going on in Oregon during the protest at the Malheur Refuge, including some emails and texts that were directly from her. Second, due to newly released documents, we know that at least one Oregon State Trooper specifically acknowledged that the county to which the protesters were traveling on the day of LaVoy Finicum’s murder was a well-known “UN free zone.” The officer made the statement as though it was common knowledge, so does that mean that Harney County is not a “UN free zone”?

However, in those same documents, we have run across even more chilling and telling statements concerning where the command for the roadblock and the ambush came from.

If you pick up the radio show at the 7:00 mark here, then you will hear Red Smith detail what is in the documents.

In the deposition of another officer, he acknowledged that the authorization for the operation that led to the murder of LaVoy Finicum came from the “highest levels of national command authority.”

Now, national command authority in the united States applies to the President and the Secretary of Defense. Smith said he has only heard “national command authority” used in military terms. Keep in the back of your mind that our military has been given propaganda against such Americans as those that gathered at Bundy Ranch in 2014 and those that protested the unconstitutional land grab of the DC government and the Bureau of Land Management.

So, why was there a command coming from the White House regarding a small protest in Oregon? Furthermore, who actually issued that command? It has been said that Iranian-born Valerie Jarrett has been Obama’s closest adviser and the she was the one who talked Obama out of the alleged Osama bin Laden hit and later was the one that gave the stand down order in Benghazi. Could she be the one who issued the order for this particular action?

Jarrett is the one that told America that after the 2012 elections, the gloves would come off, and they have.

If the officer’s deposition was not enough, among the emails that came from Governor Brown’s office, she also made reference her own discussions with “national command authority.” Guess who that turned out to be? None other than Valerie Jarrett.

These men were innocent, as demonstrated by a jury of their peers finding them innocent of all charges against them, and Mr. Finicum’s daughter believes her father would have also been found innocent alongside them had he not been gunned down.

I don’t think ranchers were necessarily “rebuild[ing] ties between ranchers and the federal government.” Those on the scene in Oregon said that people came to them by night to thank them for coming and exposing the corruption in Harney County.

One reporter said that they saw the tyranny of that town, and perhaps a lot of it is due to the fact that a huge portion of the population works for government.

Ranchers had not been getting along with the central government as evidenced by what the government did to the Hammond family in Oregon.

Bullying by a tyrannical government is not “rebuilding ties” no matter how you spin it.

Additionally, I would encourage you to watch this video by Lo K and check out the documentation below listed in the video and connect that dots.

Someone was kind enough to forward me the updated Think Progress article referenced at the beginning of this article. You can view it here.