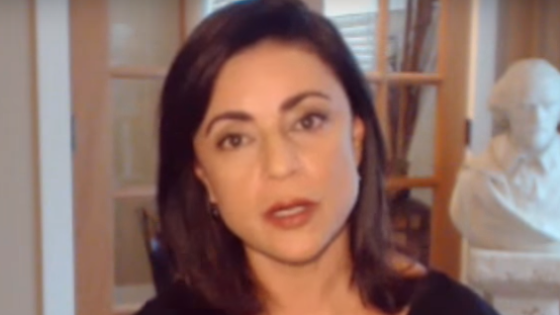 In a stunning interview on The Alex Jones Show, famed FBI whistleblower Sibel Edmonds completely destroyed special counsel Robert Mueller, laying out a series of facts that paint Mueller as a deep state operative who in the past has actively covered up Islamic terror networks and is now conducting a sort of “new McCarthyism” in his sham investigation into supposed ties between President Trump and Russia.

Edmonds noted her background dealing with Mueller and it is not pretty. Not only did he help suppress evidence in her case he also issued a gag orders to silence the truth.

“Imagine my shock when I saw that Robert Mueller was appointed as the special counsel in this case, the same Robert Mueller, who in my case, put gag orders together with attorney general Ashcroft,” Edmonds noted.

“There were FBI agents, not only in the Washington field office, but also in the Chicago and Patterson field offices, who were blowing the whistle on Mueller internally, saying hes squashing our investigations [into terror networks].”

Edmonds then goes on to discuss her shock that Mueller would be brought on as an “impartial” prosecutor in the Trump-Russia probe when he himself has a history of corruption. (Not to mention his close friendship with Comey and the deep state in general)

“I was the one who stepped outside of the FBI, went to Congress, went to IG, it was a game. This same Mueller, who invoked the state secrets privilege, placed gag orders to protect, to protect, this terrorist network,” Edmonds stunningly revealed.

“So imagine my shock when I see, low and behold, its Robert Mueller [investigating Trump] and he dug and could not find a single thing on General Flynn linking him in anyway to any nefarious activities with the Russians so he expanded this sham investigation.”

In another segment of the show, Edmonds notes that it is a slam dunk case that Robert Mueller cannot preside as the special counsel in the Russia probe. She also notes how disappointing it is that lawyers for Flynn and others under investigation are not going on the offensive.

Finally, Edmonds directly states that there are agents within the FBI who would testify that Mueller is not an impartial special counselor. This would give President Trump all he needs to fire him before he can ruin any other lives in his endless new McCarthyism like witch hunt.

“I know of several veteran, highly decorated FBI agents, if subpoenaed, would testify that how Robert Mueller, due to what he was doing as the director of the FBI, can not preside as the special counsel in this case,” Edmonds continued.

“Its a slam dunk case, its documented.”

In other video, this time on her own website, Edmonds discusses all the conflicts of interest Mueller has in going after decorated General Michael Flynn.

“FBI whistleblower Sibel Edmonds exposes Special Counsel Robert Mueller’s conflict of interest in pursuing General Michael Flynn’s case due to his direct involvement as former FBI Director and his role in covering up and protecting Gulen Networks’ criminal operations within the United States, and demands that he steps down.”

At this point it is shockingly obvious that Robert Mueller is part of a deep state run, mainstream media pushed, operation to take out the rightfully elected president.

Make no mistake, regardless whether or not you support Trump or his policies, this is a direct attack on American democracy.