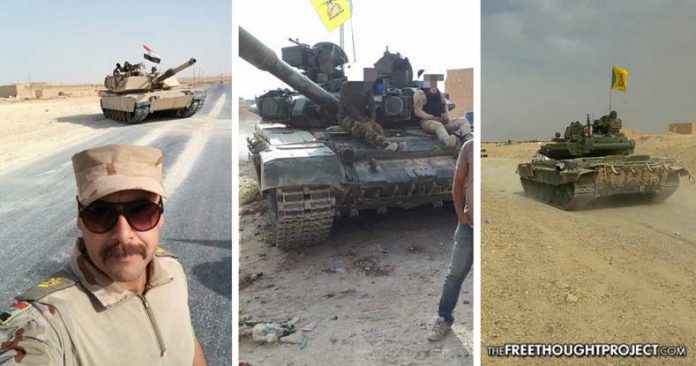 When the Islamic State of Iraq and Syria began to dominate headlines in 2014, it was made out to be the most horrifying, ruthless terrorist group in existence—now any coverage the group receives tells a story of defeat, and the discovery of American weapons and equipment has gone virtually unnoticed.

ISIS was forced to withdraw from its last major stronghold in Syria on Thursday, after Syrian troops declared victory in Albu Kamal. A report from The Guardian noted that “Albu Kamal had long been crucial to the ferrying of jihadists from Syria into Iraq during the American occupation, and vice versa during the war in Syria.”

A statement from the Syrian Observatory for Human Rights declared, “Forces loyal to the regime … have advanced in the Albu Kamal border city and established complete control after the withdrawal of the remaining [Isis] fighters to areas under their control in the countryside.”

This latest defeat is just one example in a series of clashes that have resulted in the Islamic State shrinking in size and power. As a result, Syrian forces have gained insight into the weapons and equipment the Islamic State fighters possessed.

When the Syrian Arab Army liberated another ISIS stronghold, Al-Mayadeen, in October, a report from Al-Masdar News noted that the terrorist group’s withdrawal “could not have been more disastrous, as they left a large amount of weapons and ammunition inside this city in the Deir Ezzor Governorate.”

“From machine guns to drones, the Syrian Army seized the large weapons cache Al-Mayadeen after liberating Al-Mayadeen from the Islamic State terrorists that once occupied the city,” The report claimed.

A second report from Al-Masdar News noted that the Al-Mayadeen operation also resulted in the seizure of “up-armored tanks, Humvees, improvised armored personnel carriers and heavy artillery pieces” from the ISIS militants. 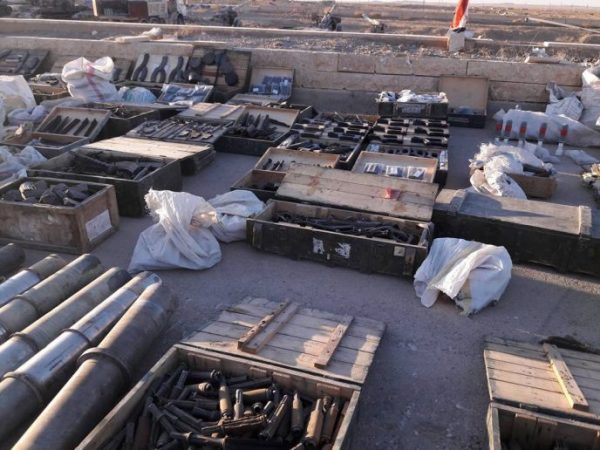 The idea that the Islamic State—a terrorist group that appeared from virtually nowhere—has access to machine guns, Humvees and even drones should raise some serious red flags, and should lead to questions all around about who is supplying the group with such state-of-the-art supplies.

Along with the news that ISIS has been virtually destroyed in Syria, comes a report that the United States and its coalition members have sent “a large number of armored vehicles to the Deir ez-Zor Governorate in order to aid the Syrian Democratic Forces in their ongoing operation.”

“The US has supplied us with Hummer armored vehicles and heavy armament for the Deir ez-Zor operation, including missiles, infra-red guidance missiles, machine guns, mine throwers, Kalashnikov assault rifles and other ammunition,” an anonymous SDF source told Sputnik Turkiye.

As The Free Thought Project has reported, when both Russia and the U.S. claimed to be working to liberate Deir er-Zor from ISIS fighters in September, the Russian Ministry of Defense released what it claimed to be, aerial images of ISIS positions included equipment from U.S. Army Special Forces.

In a statement posted on its Facebook page, the Russian Defense Ministry claimed, “The shots clearly show the US [Special Operations Forces] units located at strongholds that had been equipped by the ISIS terrorists. Though there is no evidence of assault, struggle or any US-led coalition airstrikes to drive out the militants. Despite that the US strongholds being located in the ISIS areas, no screening patrol has been organized at them. This suggests that the US troops feel safe in terrorist controlled regions.”

As the terrorist group that once dominated mainstream media headlines for its ruthless attacks suffers a series of major defeats, there are still countless legitimate questions about why the group has been given access to U.S. weapons and equipment, why the lines seemed to be blurred between ISIS and SDF fighters, and why the United States continues to arm the Syrian Democratic forces under the radar.